This is our final programme for 2015. Thanks for all your email, texts, suggestions, criticisms and other interactions with the programme. They are appreciated.

Next Saturday sees the return of The Weekend, hosted by Lynn Freeman (8am to midday, Saturdays and Sundays, 26 December 2015 to 17 January 2016).

A selection of Saturday Morning interviews will also be available next week, here on the Saturday web page.

British social entrepreneur Jeremy Leggett is the founder of the solar energy company Solarcentury, and international charity organisation SolarAid. He chairs the not-for-profit financial think tank Carbon Tracker, and is a climate and energy activist and historian who is currently updating his book, The Winning of the Carbon War, to include coverage of the Paris Climate Summit (for publication in early 2016). He was the inaugural Hillary Laureate at the Hillary Insitute in 2009. 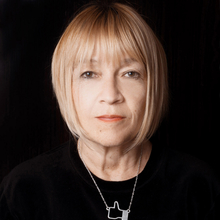 Cindy Gallop joined British advertising company Bartle Bogle Hegarty in 1989, and was chair of its board of directors by the time she left the company. She founded her own brand and business innovation consultancy, Cindy Gallop LLC, in 2006, and launched her startup, MakeLoveNotPorn, at the 2009 TED conference, which positioned her as a global evangelist for sextech, the disruptive intersection of technology with human sexuality and experience. In 2010, she launched IfWeRanTheWorld, an experiment to find a quick, simple and easy way for people and businesses to turn good intentions into action. Cindy Gallop is visiting Wellington for Webstock 2016 (9-12 February, St James Theatre), and for Extraordinary Tales of Strength & Daring (14 February, Opera House). 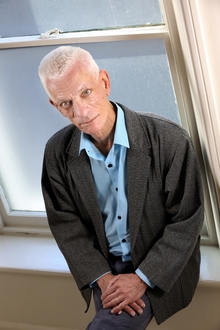 Robert Dessaix is a Hobart-based write. His books include the memoirs A Mother’s Disgrace (1994, A&R Classics), and What Days Are For: a Collection of Musings (2012, Vintage).  He is a guest at Writer’s Week at the 2016 New Zealand Festival, where he will talk about Enid Blyton (12 March).

Mary Kisler is the Senior Curator, Mackelvie Collection, International Art, at the Auckland Art Gallery Toi o Tāmaki. She will discuss the restoration of 19th century paintings and frames. 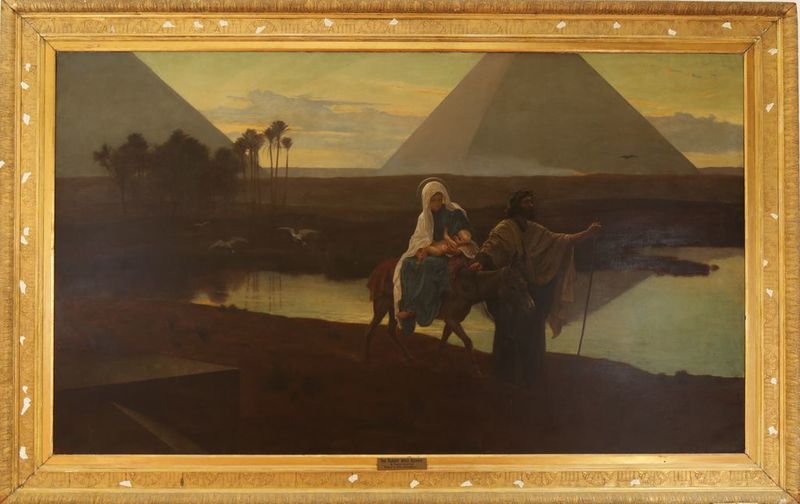 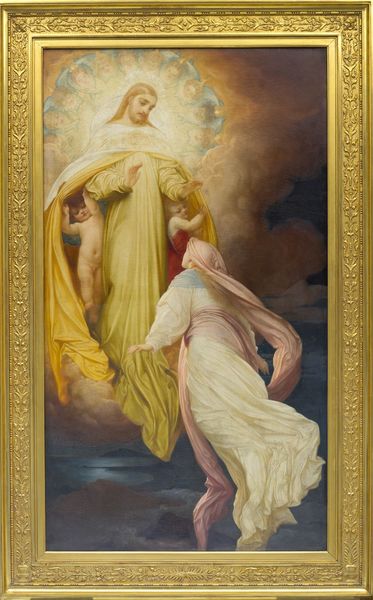 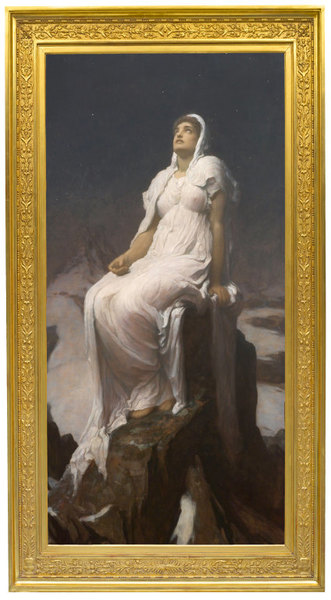 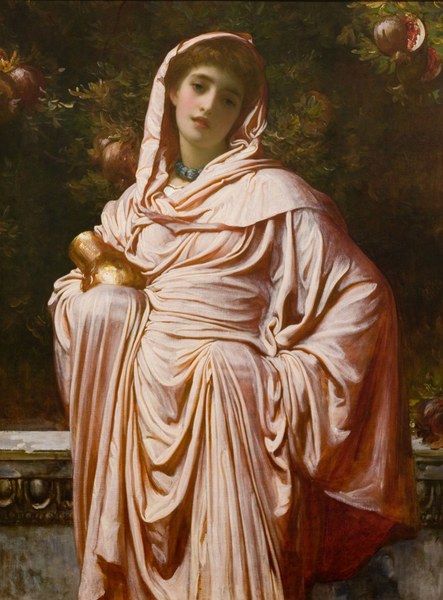 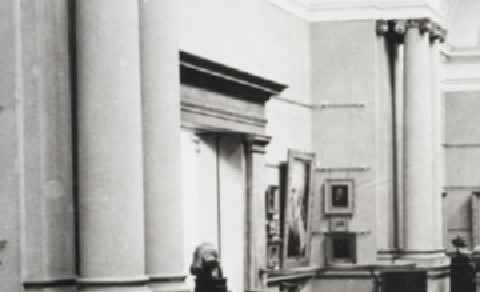 7. A Dream, on display at Auckland Art Gallery in its original frame. 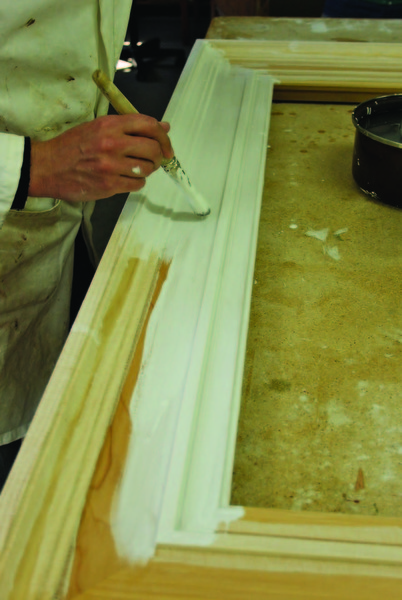 8. Staff member at Manawatu Museum Services Ltd applying gesso to the timber frame for A Dream. 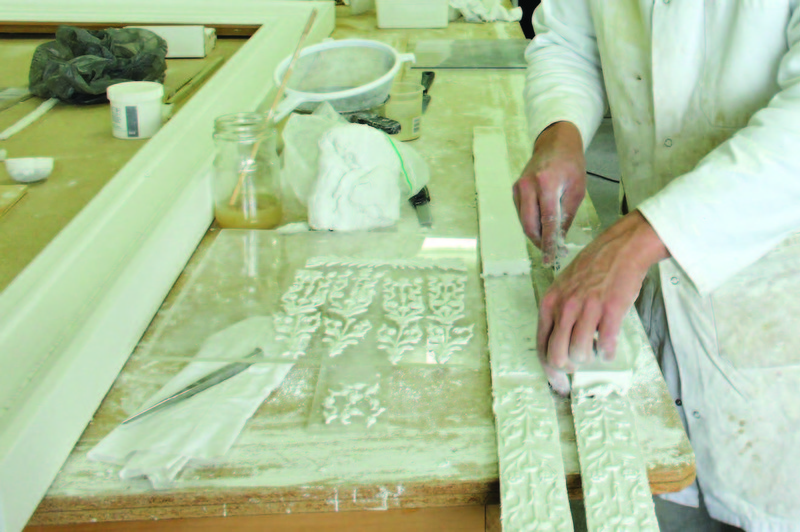 9. Removing decorative motifs from mould prior to applying to the frame.

Laura Kroetsch is the director of Adelaide Writers’ Week (27 February to 3 March) at the 2016 Adelaide Festival (26 February to 14 March). Kate De Goldi’s most recent novel is From the Cutting Room of Barney Kettle (Longacre), and the stage adaptation of her 2012 book, The ACB with Honora Lee, will debut next year at Circa Theatre (27 February to 26 March) as part of the New Zealand Festival. They discuss the year in publishing and their favourite reads of 2015, as detailed below.

Nick Bollinger is a musician (Windy City Strugglers), record producer, writer (How to Listen to Pop Music, 100 Essential New Zealand Albums) and broadcaster (The Sampler). He was awarded the 2015 Adam Foundation Prize in Creative Writing at Victoria University of Wellington for Goneville, his music memoir about the 1970s and the outlaw heroes of the New Zealand rock scene, which will be published next year. Nick will discuss some of the best books about and by musicians published in 2015 (details below).

Painter, poet, curator and writer Gregory O'Brien is the author of a number of books. His latest book is See What I Can See: New Zealand Photography for the Young and Curious (Auckland University Press). He will discuss some of the highlights of New Zealand poetry in 2015 (details below).

A Little Life by Hanya Yanagihara
Fates and Furies by Lauren Goff
The Shore by Sara Taylor
Grief is the Thing with Feathers by Max Porter
The Incident Report by Martha Baillie
Under Majordomo Minor by Patrick deWitt (also The Sisters Brothers)
Meeting the English by Kate Clanchy (also the short story collection, The Not-Dead and the Saved)
NeuroTribes: the Legacy of Autism and the Future of Neurodiversity by Steve Silberman
Landmarks by Robert Macfarlane
Hunger Makes Me a Modern Girl by Carrie Brownstein
The Man Who Made Things Out of Wood by Robert Penn
The Story of Alice: Lewis Carroll and the Secret History of Wonderland by Robert Douglas-Fairhurst

Also the following books, not mentioned on air:

The Disaster Artist: My Life Inside ‘The Room’, the Greatest Bad Movie Ever Made by Greg Sestero and Tom Bissell
Station Eleven by Emily St John Mandel See What I Can See by Gregory O'Brien
Another Great Day at Sea by Geoff Dyer
Quiet Dell by Jayne Anne Phillips
The Singing Bones by Shaun Tan
The Villa at the Edge of the Empire by Fiona Farrell
Drawn and Quarterly: Twenty-Five Years Of Contemporary Cartooning, Comics And Graphic Novels=

Fates and Furies by Lauren Groff
The Shore by Sara Taylor
Grief is the Thing with Feathers by Max Porter
The Incident Report by Martha Baillie
Undermajordomo Minor by Patrick deWitt (also The Sisters Brothers)
Hall of Small Mammals by Thomas Pierce
The High Places by Fiona McFarlane (published early 2016)
The Wilds by Julia Elliott
Dear Elizabeth: A Play in Letters from Elizabeth Bishop to Robert Lowell by Sarah Ruhl (also 100 Essays I Don't Have Time to Write)
Words in Air by Elizabeth Bishop and Robert Lowell
The Argonauts by Maggie Nelson
Ted Hughes by Jonathan Bate
Hummelo: A Journey Through a Plantsman’s Life by Piet Oudolf

Also the following books, not mentioned on air:

Going Into the City by Robert Christgau
Another Little Piece of My Heart by Richard Goldstein
Unfaithful Music and Disappearing Ink by Elvis Costello
Girl In A Band by Kim Gordon
M Train by Patti Smith
Reckless by Chrissie Hynde
Allen Klein: The Man Who Bailed Out the Beatles, Made the Stones, and Transformed Rock & Roll by Fred Goodman
Sam Phillips: The Man Who Invented Rock’n’Roll by Peter Guralnick
How Bizarre: Pauly Fuemana and the Song That Stormed the World by Simon Grigg
Dylan Goes Electric! by Elijah Wald