The porcelain creations of Edmund de Waal are exhibited in museums and galleries around the world. His 2010 memoir, The Hare with Amber Eyes: A Hidden Inheritance, was an international award-winning best-seller, and his new book, The White Road: a Pilgrimage of Sorts (Chatto & Windus), tells the story of his obsession with porcelain, and the history of this “white gold”.

Jamie Bartlett is the director of the Centre for the Analysis of Social Media at Demos, a leading UK think tank. He is currently involved in projects on crypto-currencies, surveillance methods and the use of social media by ISIS for propaganda and recruitment. He is the author of The Dark Net, a book on legal and illegal internet subcultures, and earlier this year, delivered the TED Talk, How the Mysterious Dark Net is Going Mainstream.

Erin Cassie and her partner Colin Drummond are the current lease holders of mid-Canterbury high-country station Erewhon, where much of the farming is done using Clydesdale working horses. Their story is told by writer Yvonne Martin and photographer David Hallett in the new book, Seasons of Erewhon (Penguin). 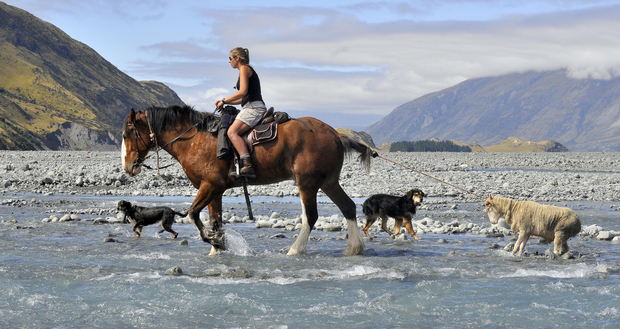 Kinetic artist Joseph Herscher makes unusual contraptions, and is the creator of new NZ On Air-funded comedy-science series, Jiwi's Machines, which launched online on 6 November. He is contributing to a panel at the first NZ Web Fest (7 November).

Australian artist and performance maker Bruce Gladwin has been the artistic director of Back to Back Theatre in Geelong since 1999. The company is driven by an ensemble of actors perceived to have intellectual disabilities, and its award-winning shows have been toured to over 70 cities in 20 countries. In March this year, Gladwin was awarded an Australia Council for the Arts Award for his significant lifetime achievement in theatre. Back to Back Theatre will perform their 2005 outdoor work, Small Metal Objects, in Wellington (16 -19 March 2016)  during the New Zealand Festival (26 February to 20 March 2106).

Professor Mark Post MD has been Chair of Physiology and Vice Dean of Biomedical Technology at Maastricht University since January 2004, and has been team leader of the university’s Cultured Beef programme (meat grown entirely in the lab) since 2013. He will visit New Zealand later this month as a guest of Callaghan Innovation to discuss the future of farming.

Kate Camp has published five collections of poems, most recently Snow White’s Coffin (VUP), and will discuss Pamela, or Virtue Rewarded, the 1740 novel by Samuel Richardson.