Saturday Morning for Saturday 10 May 2014

Ann Marie Gardner is the CEO and editor-in-chief of Modern Farmer, which has just beaten Vanity Fair, GQ and New York to win a National Magazine Award in the United States.

Megan Miller is the founder of Bitty, a company that makes foods using cricket flour, one of the most sustainable forms of protein on the planet.

Arthur Tompkins is a District Court Judge, and member of Interpol’s DNA Monitoring Expert Group. He has a special interest in crimes involving artistic masterpieces, and will discuss the ancient sculpture The Four Horses of San Marco. 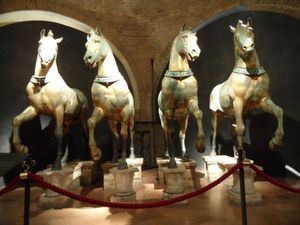 Matthew Buchanan and Karl von Randow are the co-founders of multimedia studio Cactuslab. In 2011 they created Letterboxd, a social network for sharing users’ taste in film, and have just redesigned the website for the New Zealand International Film Festivals.

British composer James McCarthy studied at Royal Holloway, University of London, and has had work commissioned by numerous ensembles that include Crouch End Festival Chorus, Scottish Opera and Canty. He is visiting Wellington for Dreams Lie Deeper, an Orpheus Choir of Wellington concert (10 May) featuring three New Zealand premieres of choral music in honour of miners worldwide: McCarthy’s 17 Days, inspired by the dramatic rescue of Chilean miners in 2010, If Blood Be the Price by Ross Harris, and a new work by Dave Dobbyn. The concert will be broadcast in Music Alive on Radio New Zealand Concert from 8.00pm.

Professor Sekhar Bandyopadhyay is the Director of the New Zealand India Research Institute and teaches Asian History at Victoria University of Wellington and is interested in the history of nationalism and caste in colonial and postcolonial India. He will discuss the five-week election process coming to a close in India, the biggest democratic election in the world.