Linda Colley is the Shelby MC Davis 1958 Professor of History at Princeton, and a Fellow of the British Academy. Her books include Britons: Forging the Nation 1707–1837, Captives: Britain, Empire and the World 1600–1850, The Ordeal of Elizabeth Marsh, and most recently Acts of Union and Disunion: What Has Held the UK Together and What is Dividing It? (Profile Books, ISBN: 978-1781251850).

Iraqi/English theoretical physicist, author and broadcaster Jim Al-Khalili OBE holds a chair in the Public Engagement in Science at the University of Surrey and is president of the British Humanist Association. His latest book is Paradox: The Nine Greatest Enigmas in Science (Black Swan, ISBN: 978-0-552-77806-0). He is a guest of the Auckland Writers Festival, speaking at The University of Auckland Festival Debate: Privacy is an Outdated Concept (14 May, with Frank Dikotter, Bob Stevens, and Sandi Toksvig), and at A Question of Civilisations (16 May, with Yasmine El Rashidi and Reza Aslan), and Science and the Big Questions (17 May, with Shaun Hendy). 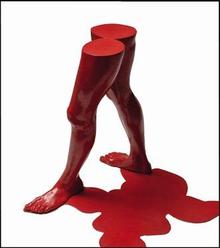 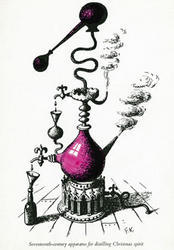 Alison McCulloch has worked in journalism in New Zealand and the United States for more than twenty years and last year published Fighting to Choose: the Abortion Rights Struggle in New Zealand (VUP). She has just written the article, Lest We Remember, about funding for the 150th anniversary of the New Zealand wars, for the Werewolf magazine section of the online news site, Scoop.

Lillian Grace is the founder and CEO of Wiki New Zealand, a collaborative website making data about New Zealand visually accessible for everyone.

David Haywood has a Ph.D. in engineering and lives in Dunsandel. He writes the Southerly blog for Public Address, and is the author of the collection of humorous essays My First Stabbing, the children’s book The Hidden Talent of Albert Otter, and The New Zealand Reserve Bank Annual 2010 (all publicaddressbooks.com). He will discuss electric vehicles.

Wheel of Experience: Sunrise (edited version)
From the 2013 album: A Hundred Trees
(Private)
Played at around 10:25

Roscoe Holcomb: Little Birdie
The 1962 recording from the 1998 compilation album: The High Lonesome Sound
(Smithsonian Folkways)
Played at around 10:55