Canadian astronaut Chris Hadfield retired recently as Commander of the International Space Station. His photographs and videos about life in space (including his zero-gravity performance of the David Bowie song Space Oddity) have gained a worldwide audience. He is the author of An Astronaut’s Guide to Life on Earth (Macmillan, ISBN: 9781447257516).

Kayla Iacovino is pursuing a PhD degree at the University of Cambridge in volcanology and petrology, and has participated in field expeditions to Antarctica, Ethiopia, Chile, Costa Rica and North Korea. She is science writer for TrekMovie.com, the leading Star Trek news site.

Mary Kisler is the Senior Curator, Mackelvie Collection, International Art, at the Auckland Art Gallery Toi o Tamaki. She will discuss her upcoming project on the artist Frances Hodgkins. 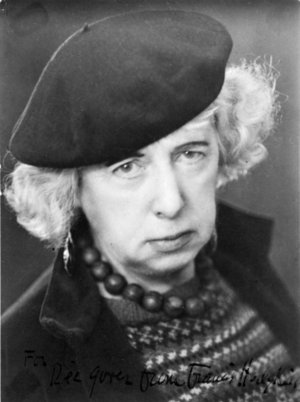 David Hepworth is a British writer, broadcaster and editor. As editorial director of Emap Consumer Magazines, he was involved with titles such as Smash Hits, Q, Mojo, FHM and Empire. He is now editorial director of Development Hell, which publishes MixMag and formerly published The Word, and speaks and writes on

Theatre artist and choreographer Lemi Ponifasio and his company Mau have been internationally acclaimed for their portfolio of works, two of which will be presented at the NZ Festival. The Crimson House (5 and 6 March) has its world premiere in advance of a world tour, and Stones In Her Mouth has its New Zealand premiere (4 and 5 March).

Painter, poet, curator and writer Gregory O'Brien, MNZM, is the author of a number of books, most recently the poetry collection Beauties of the Octagonal Pool (AUP, 2012). Greg will discuss summer poetry, with reference to Lifeguard by Ian Wedde (AUP, ISBN: 9781869407698), and Book of Equanimity Verses by Richard von Sturmer (Puriri Press, ISBN: 9780908943418).

Chris Hadfield: Space Oddity
The 2013 YouTube recording
Played at around 8:55

Bob Dylan: Farewell
From the 2013 soundtrack album: Inside Llewyn Davis
(Nonesuch)
Played at around 10:35

The Beatles: All My Loving
From the 1963 album: With the Beatles
(Parlophone)
Played at around 10:40

Freddie King: Going Down
From the 1971 album: Getting Ready
(Shelter)
Played at around 10:50