Aislinn Laing is the Southern Africa Correspondent for the Daily and Sunday Telegraph, based in Johannesburg.

John Fitzgerald is Research Professor at the Economic and Social Research Institute in Dublin, Ireland, and a former president of the Irish Economic Association. He visited Wellington this week for the third annual Government Economics Network conference, Modern Economic Methods for Policy Analysis.

Canadian writer and editor Ann Dowsett Johnston has won five national magazine awards and is co-founder and co-chair of advocacy group the National Roundtable on Girls, Women and Alcohol. A recovering alcoholic, she wrote a 14-part series on Women and Alcohol for The Toronto Star, and her latest book is Drink: The Intimate Relationship Between Women and Alcohol (HarperWave, ISBN: 9781443418812). The New Zealand Drug Foundation is hosting Ann's visit to New Zealand where she will be speaking at TEDxHomeBushRdWomen in Wellington, the first TedX Women's event in this country (7 December). 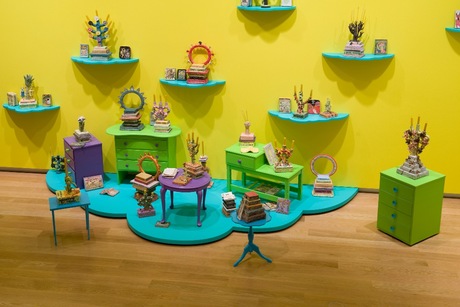 Tessa Laird: The Politics of Ecstasy 2013

Gallery: Images from the exhibition

Tim Westergren is the founder and Chief Strategy Officer of personalised internet radio service Pandora, and a composer and musician with 20 years of experience in the music industry.

Iris DeMent is an American singer and songwriter who recently released her fifth album, Sing the Delta, her first recording of original material in 16 years. She visited New Zealand this week with musician husband Greg Brown for two shows in Wellington, organised by The Morgan Foundation.

Johnny Clegg: Asimbonanga
From the compilation album: In My African Dream
(EMI)
Played at around 8:30

Iris DeMent: Let the Mystery Be
From the 1992 album: Infamous Angel
(Warner)
Played at around 11:05

Iris DeMent: Mama Was Always Tellin’ Her Truth
From the 2013 album: Sings the Delta
(Flariella Records)
Played at around 11:35

Iris DeMent: Living on the Inside
From the 2013 album: Sings the Delta
(Flariella Records)
Played at around 11:40