Saturday Morning for Saturday 29 May 2010

Guest details for Saturday Morning 29 May 2010

Hamish Keith is a writer, blogger, art curator and consultant, and self-styled cultural curmudgeon columnist for the Listener magazine, and has published a number of books on cultural and social history, cooking, and the arts. His six-part documentary series on New Zealand art, The Big Picture, is available on DVD, and was adapted as a book in 2007. He published his memoir, Native Wit, in 2008, and a kitchen memoir, Sharp Knives and Wooden Spoons, will be published next year. Hamish is currently visiting New Orleans.

Dr Susan Band Horwitz is a member of the National Academy of Sciences, a former president of the American Association for Cancer Research, and Distinguished Professor at Albert Einstein College of Medicine, New York. Her research led to the discovery of a new cellular target for anti-cancer therapy and played a vital role in the development of a multi-billion-dollar anti-tumor drug. 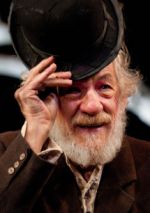 British stage and screen actor Sir Ian McKellen is probably best known to New Zealanders for his role of Gandalf in Peter Jackson's Lord of the Rings trilogy. He is currently on tour with the Haymarket production of Samuel Beckett's play, Waiting for Godot, with Roger Rees, Ronald Pickup and Matthew Kelly. Following its second West End run, and Australian tour, the production will play at Wellington's St. James Theatre (30 June to 2 July) and Christchurch's Isaac Theatre Royal (13-14 July).

Kate Camp will discuss Around the World in 80 Days by Jules Verne, translated by Michael Glencross (Penguin Classics, ISBN: 978-0-14-044906-8); the story was originally serialised in the newspaper Le Temps in 1872, and published in book form the following year.

Raurimu-based author William Taylor is a former teacher, principal and mayor, and 2009-10 President-of-Honour of the NZ Society of Authors. He has written more than 35 books for young people, including Agnes the Sheep, The Blue Lawn, Jerome, Spider, and the Knitwits series. His memoir, Telling Tales: a Life in Writing (HarperCollins, ISBN: 978-1-86950-837-1), was published this month.

Salman Akhtar is Professor of Psychiatry at Jefferson Medical College, and Training and Supervising Analyst at the Psychoanalytic Center of Philadelphia. He is the author of ten books, and his more than 300 scientific publications include 30 edited books. He is a Scholar-in-Residence at the Inter-Act Theatre Company in Philadelphia and has published six volumes of poetry in English and Urdu. Dr Akhtar was the speaker at the annual Freud Conference in Melbourne, delivering the address, Animals, Things, Space, Time and God!

Clare and the Reasons: You Getting Me
From the 2009 album: Arrow
(Frogstand)
Played at around 8.25

Fionn Regan: Lines Written in Winter
From the 2010 album: The Shadow of an Empire
(Heavenly)
Played at around 9.06

Stornoway: Zorbing
From the 2010 album: Beachcomber's Windowsill
(4AD)
Played at around 9.47

Sharon Jones & the Dap Kings: Without A Heart
From the 2010 album: I Learned the Hard Way
(Daptone)
Played at around 11.55

Ludwig van Beethoven: Mir ist so Wunderbar from 'Fidelio', as performed by Chicago Symphony Orchestra
From the 1992 album: Great Opera Quartets
(Decca)
Played at around time 10.15

Janis Joplin: Mercedes Benz
From the 1971 album: Pearl
(Columbia/Legacy)
Played at around time 10.25

Johann Sebastian Bach: Aria from Goldberg Variations, as performed by Maria Yudina
From the 1999 album: Great Pianists of the 20th Century - Maria Yudina
(Philips)
Played at around time 10.35

Johnny Cash: Help Me
From the 2006 album: American V - A Hundred Highways
(American Recordings)
Played at around time 10.50

Ludwig van Beethoven: Allegro con brio, as conducted by Vladimir Ashkanazy and performed by Vienna Philharmonic Orchestra
(from Symphony No. 5 in C minor, Op. 67)
From the 1984 album: Beethoven: Piano Concerto No 3
(Decca)
Played at around time 10.57