Ann Wright is a United States Army veteran who retired as a colonel. She worked for the Foreign Service within the US State Department from 1987, in countries as diverse as Sierra Leone, Mongolia and Nicaragua, and in December 2001 was on the small team that reopened the US Embassy in Kabul, Afghanistan. She resigned from the State Department in March 2003 in opposition to the war in Iraq, and is the co-author, with Susan Dixon, of the 2008 book, Dissent: Voices of Conscience (Koa Books, ISBN: 978-097733384-4). She has been to Gaza twice in the last month, and will participate this Saturday in a march on the Pentagon against war and occupation.

Gareth Edwards-Jones is Professor of Agriculture & Land-Use Studies at the University of Wales, Bangor, author of the 2000 book, Ecological Economics: An Introduction (Wiley-Blackwell, ISBN: 978-0865427969), and principal investigator on a Rural Economy and Land Use study of the comparative merits of consuming vegetables produced locally and overseas. He is visiting New Zealand on an Agricultural and Marketing Research and Development Trust fellowship for a series of engagements, including speaking at the 7th World Potato Congress in Christchurch (22-25 March).

Dunedin-based writer and mountaineer Philip Temple arrived in New Zealand from Britain 50 years ago as an 18-year-old. He is the author of 31 books (fiction, non-fiction, children's books) and most recently has been part of the team bringing Mt Cook's history to life at the Aoraki Centre. His memoir, Chance is a Fine Thing (Vintage, ISBN: 978-1-86941-985-1), has just been published.

Mary Kisler is the Mackelvie Curator of International Art at the Auckland Art Gallery Toi o Tamaki. She will discuss the exhibition by artist Yinka Shonibare MBE, curated by Rachel Kent and toured by The Museum of Contemporary Art, Sydney, a reduced version of which is currently showing in the New Gallery at the Auckland Art Gallery (to 1 June 2009). She will also look at the historical precedents of Henry Raeburn and Francisco Goya. To view images of the works under discussion, click on the Art on Saturday link on the right-hand side of our web page.

Terence Davies has been called "Britain's greatest living film director" by the Evening Standard. His uncompromising vision has resulted in a sporadic output of just eight films over the past 32 years, most containing autobiographical elements. His most recent film, Of Time and the City (2008), uses vintage newsreel footage, contemporary popular music and a narration by Davies in a paean to his hometown of Liverpool. Of Time and the City will screen in Christchurch (21 and 23 March), Wellington (2 and 7 April), and Auckland (23 April, 2 and 4 May), as part of the World Cinema Showcase. 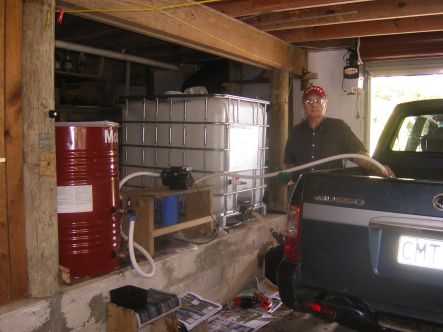 Geoff Waterhouse and his wife operate, among other ventures, Paihia Taxis & Tours Limited, which is committed to sustainable tourism, reducing CO2 emissions, and combatting global warming. As far as is known, it is the only company of its kind in New Zealand that runs its vehicles on 100% Waste Vegetable Oil (WVO). He is an enthusiast for Pacific Ecologist, Transition Towns and the upcomong Currencies Conference. (Some of the issues raised by Geoff are responded to by Andy Matheson of Solid Energy in an interview on our 28 March programme.)

Stuart Devenie's theatrical and screen career has spanned three decades. He is currently touring the highly acclaimed one-man show Hatch, or The Plight of the Penguins, written by Geoff Chapple and directed by Colin McColl for the Auckland Theatre Company. The show finishes its run at Wellington's Circa Theatre on 21 March, and will then visit Tasmania.