Scottish historian and author Niall Ferguson MA, D.Phil., is the Laurence A. Tisch Professor of History at Harvard University and William Ziegler Professor at Harvard Business School. He is a resident faculty member of the Minda de Gunzburg Center for European Studies, a Senior Research Fellow of Jesus College, Oxford University, and a Senior Fellow of the Hoover Institution, Stanford University. He specialises in financial and economic history and the history of empire. His latest book, The Ascent of Money: a Financial History of the World (Allen Lane, ISBN: 978-1-84614-192-8), is also a Channel Four television series.

Anton van Helden is Te Papa's Marine Mammals collection manager, responsible for one of the largest cetacean collections in the world. That collection was used to create the exhibition Whales Tohora, which after attracting over 140,000 visitors at Te Papa, is now touring the United States (Washington DC's National Geographic Museum to January 18, 2009, and Exploration Place in Kansas from 28 February to 6 September 2009. Anton maintains the New Zealand Whales Stranding Database and identifies whales for the Department of Conservation. He also provided illustrations for Te Papa's current exhibition of the Colossal Squid. In his spare time, he is one of the top sleight of hand magicians in New Zealand, and performs with the Wellington Improvisation Troupe. 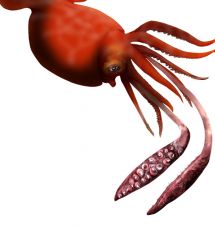 Vanity Fair writer Michael Wolff received unprecedented access to Rupert Murdoch for his biography The Man Who Owns the News: Inside the Secret World of Rupert Murdoch (Knopf, ISBN: 978-1-741166-681-6). He is the founder of Newser.com, at which a team of editors and writers cull the most important stories from hundreds of sources and reduce them to a headline, picture, and two paragraphs. It arose from his concern that no one had yet created a news service that was native to the online medium, yet respectful of the value that human editors can bring to news.

Sister Loyola Galvin, from the Home of Compassion in the Wellington suburb of Island Bay, set up a community garden that rents vegetable plots to apartment dwellers. She was named national NZ Gardener of the Year 2008 by NZ Gardener magazine.

10:05 Gaylene Preston and the Woolshed Sessions

Alice Waters is founder and owner of Chez Panisse Restaurant and Cafe' in Berkeley, California, and the founder of the Chez Panisse Foundation. The neighbourhood bistro was opened in 1971, serving a single fixed-price menu which changes daily. Chez Panisse was named Best Restaurant in America by Gourmet magazine in 2001, and Cuisine et Vins de France listed Alice as one of the ten best chefs in the world in 1986. She has received numerous awards, including the Bon Appetit magazine's Lifetime Achievement Award (2000) and the James Beard Humanitarian Award (1997), and is the author and co-author of eight books, most recently The Art of Simple Food (Michael Joseph, ISBN: 978-0-7181-5438-7 ).

Material featuring Nona Hendryx: It's a Holiday
From the 1982 compilation album: A Christmas Record
(Ze Records)
Played at around 9:35am

The Woolshed Sessions: String Me Along
Live in the Wellington studio of Radio New Zealand, 20 December 2008
Played at around 10:25am

The Woolshed Sessions: Easily Distracted
Live in the Wellington studio of Radio New Zealand, 20 December 2008
Played at around 10:40am

The Woolshed Sessions: Bound For One
Live in the Wellington studio of Radio New Zealand, 20 December 2008
Played at around 10:50am

Alan Gregg: The Ballad of Wendi Deng
From the 2002 album: Marshmallow
(www.marshmallowmusic.com)
Played at around 11:40am