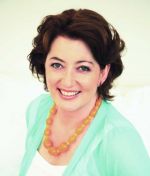 Join Maggie Barry as she continues to explore how we're raising New Zealand's youth, and asks the question - is it harder to be a teenager than it used to be?

First, slip on your hoodies and get the lowdown on New Zealand Youth Week with coordinator Sarah Helm. Next, they play games online with strangers but is that safer than wandering their local neighbourhood? We speak with Paul Jose of the Roy McKenzie Centre for the Study of Families about adolescent relationships via the internet. Social researcher Richard Griffiths then tells us what's 'cool' for this generation of teens.

From nine to ten, Drs Sue Bagshaw and Tania Pinfold discuss sex, acne, and other hormonal hurdles that teenagers have to overcome to lead a healthy life. Later in the hour we talk with ex-principal Murray Trenberth about his work counselling young people with drug and alcohol problems.

From ten to eleven, Janis Carroll-Lind from the Office of the Children's Commissioner begins with how to deal with school bullying. Prof David Fergusson then discusses New Zealand's track record with youth mental health and programmes currently in place to guard against teen suicide. Capping off the hour, Alex Clark, editor of Tearaway, chats about how the magazine is over twenty-one years old and still 'The Voice of New Zealand Youth'.

In the final hour, a panel of experts, Diane Levy, Nigel Latta, Tania Roxborogh and 17 year old Eva-Maria Salikhova sit down with Maggie to provide practical solutions for parents struggling with the trials and tantrums of teenagehood. We also bring in David Atkinson from Attitude about his work helping teens to better handle their head and create a great life.

We appreciate hearing your comments and queries. Please feel free to either email the show at queensbirthday@radionz.co.nz or text us on 2101 - texts cost 20 cents a pop.

Dr Paul Jose, Psychology Lecturer
Fellow of the Roy McKenzie Centre for the Study of Families, Victoria University of Wellington

Diane Levy, Family Therapist & Author 'Time Out for tots, teens and everyone in between'

Nigel Latta, Psychologist & Author 'Before Your Teens Drive You Crazy: Read This'

The intrepid duo return to present an afternoon of musical surprises and entertainment until 5.00pm, including a mid-afternoon 'Classic Concert' by Queen.

Recorded at Wembley Stadium, London, in July 1986 as part of "Kind Of Magic' album release tour. Until their impressive performance at Live Aid the year previously, Queen's popularity and sales had been waning. Live Aid rejuvenated their popularity and energy and this is captured on this recording where they return to Wembley, triumphant champions.