New Zealand is a land of birds. We might not have a large number of species – just 252 – but many of our birds are endemic, or found only here, a testament to the country’s small size and its isolation. New Zealand birds are some of the most unusual and intriguing in the world – they include the largest seabirds, the flightless nocturnal kakapo and kiwi, globe-trotting shorebirds and many more. Our Changing World has featured many New Zealand birds over the years, as well as the people who study them, and here is a selection of those stories.

New Zealand has 91 species of land birds – and 85 of them occur nowhere else in the world. They range from the tiny rifleman, a member of an ancient group of songbirds, to the kakapo, the world’s heaviest parrot, and include our unique flightless kiwi.

New Zealand is seabird capital of the world – 86 of the 360 species of seabird in the world breed in the New Zealand region, including 38 that breed nowhere else. And our shorebirds are world-record holders, too – bar-tailed godwits, for instance, are the world’s greatest migrant, making epic non-stop flights between Alaskan breeding grounds and their New Zealand wintering-over sites.

New Zealand’s young mountains and its fast-flowing rivers are home to rare birds with unusual lifestyles, such as whio, our whistling torrent duck.

Many of New Zealand’s birds are threatened and require a helping hand – and there are numerous conservation projects around the country aiming to restore habitat and give birds a safe home. 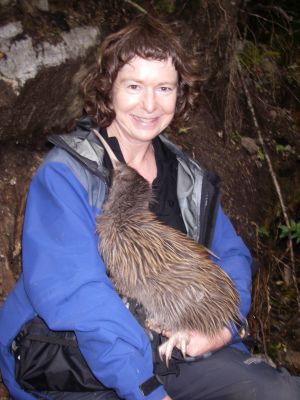 Some of the birds that feature in these stories

More About Birds on RNZ