Burnside High School student Thomas James wanted to help his elderly neighbour, so he invented a wheelie bin robot to take her large recycling bin to the kerb.

The invention has won him the 2019 Prime Minister’s Future Scientist Prize. 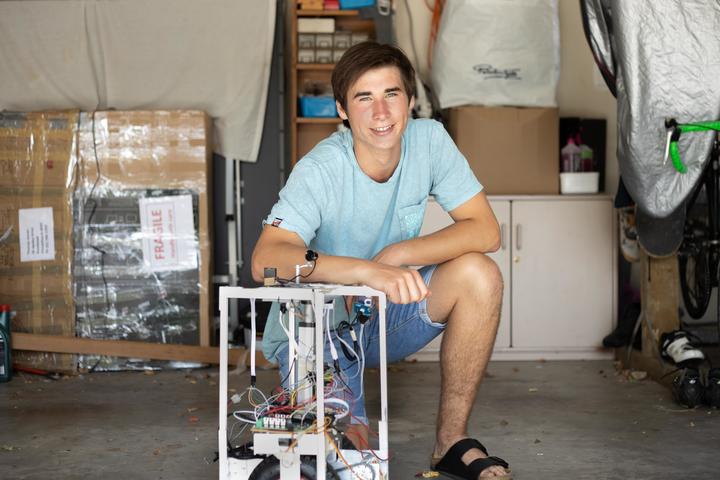 Thomas James, a year 13 student at Burnside High School in Christchurch, is the winner of the $50,000 Prime Minister’s Future Science Prize for 2019. Photo: Supplied

Thomas used lego models for his first prototype before learning about micro-processors, programming, autonomous navigation and sourcing the many intricate components he needed to build a full-size self-navigating robot.

His nominator says he is a very talented engineer who’s developed and produced a system that adult technologists would struggle to design and make.