Sediment cores collected from the bottom of 380 New Zealand lakes are casting a spotlight on the lakes’ histories, revealing for the first time how they have changed over time in response to environmental impacts such as volcanic eruptions, the arrival of humans and land use intensification.

“All up, it is two and a half to three kilometres of mud that we will be collecting for this project,” says Dr Marcus Vandergoes from GNS Science, talking about the thousands of sediment cores that will be collected for Lakes380.

Last week on our Changing World, Dr Susie Wood from the Cawthron Institute, talked about the Lakes380 project and explained how eDNA is enabling the project to recreate the biological communities living in and around each lake.

“We’re going back a thousand years, using the lake and mud at the bottom of that lake, as a story book of how that lake has changed – or not changed – and how it has got to its present condition,” says Marcus.

The cores are stored and scanned in a specially-built facility at the National Isotope Centre in Gracefield.

Marcus says samples from the sediment cores are sent to institutions around the world to be analysed. Half of each core is kept in a long-term archive at -20°C. 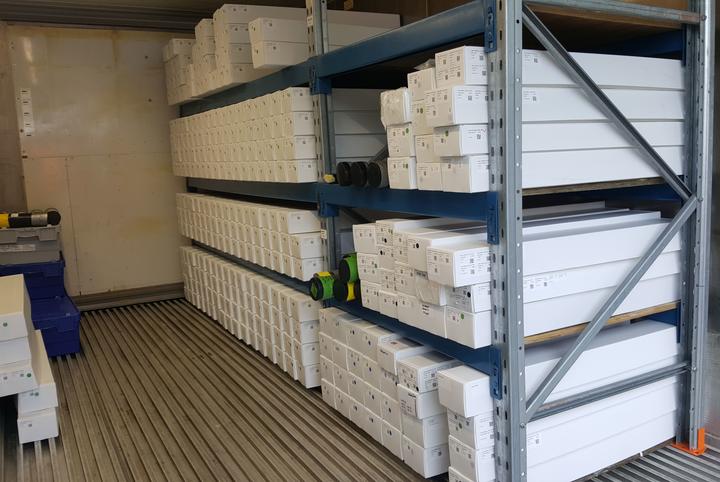 Hundreds of sediment cores are stored in special boxes in a refrigerated container at the National Isotope Centre at GNS. Photo: Lakes380 / Cawthron Institute & GNS Science

Lakes can respond in quite different ways to the same historic events, and their sediment cores reflect their individual histories.

A core from Lake Rotoehu in the Rotorua district contains a distinct three-centimetre band of dark volcanic grit and ash from the 1886 Tarawera eruption. “This gives us a distinct marker in time,” says Marcus.

A core from nearby Lake Okaro, on the other hand, contains a wide 60-centimetre band of mud that were the consequence of massive lahars that occurred in the same eruption.

Many of the cores show distinct horizontal layers and Marcus says they use high resolution scanning to better understand what these layers are and whether they represent seasonal or multi-year events.

Sediment cores from Lakes Okaro (bottom), Rotoiti (middle) and Rotoehu top), in the Rotorua region, show who nearby lakes can have very different sediment and histories The dark gravel band is from the Tarawera eruption. Photo: Lakes380 / Cawthron Institute & GNS Science

Marcus says that the scanning and eDNA analysis of microbial communities is complemented by analysis of larger biological fragments such as pollen grains, leaves, and skeletal remains of insects and other animals.

By going back a thousand years, the cores capture lakes in their original condition before humans arrived in New Zealand. It is then possible to see how the lake changed in response to the arrival of Polynesians, later European settlements, forest clearance, conversion to farming or forestry, as well discovering the impact of volcanoes, earthquakes and climate change.

Marcus says it is much harder to look back in time in rivers, as they don’t store their history in mud the way lakes do.