There are 3800 lakes in New Zealand, and Dr Susie Wood from the Cawthron Institute says that “from a scientific perspective we know something about less than two percent of those.”

That is set to change with Lakes380, a five-year research programme that aims to create a thousand-year history for 10 percent, or 380, of New Zealand’s lakes. 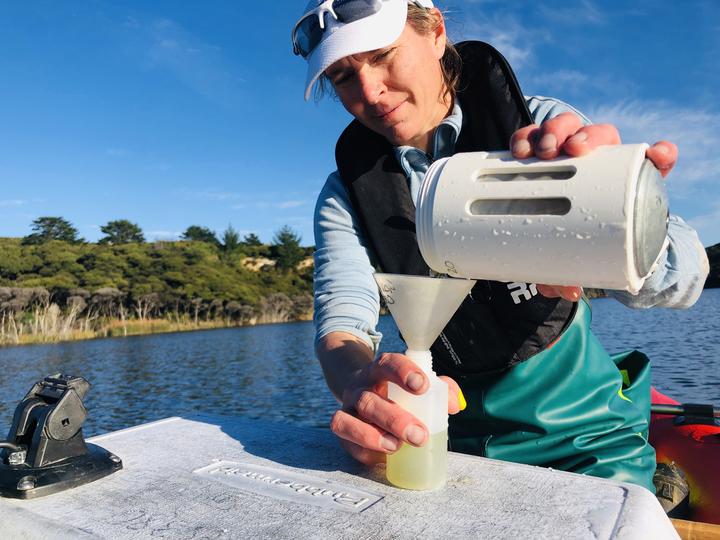 New Zealand’s 3800 lakes range in size from small alpine tarns and dune lakes, to mighty Lake Taupō. A body of water is considered to be a lake if it is one hectare in size or larger.

Susie says that only 150-or-so of these lakes are regularly monitored by regional councils and other groups, and the focus is on testing water quality in lakes that are important recreationally.

Susie says that many of the monitoring programmes have only been running for one or two decades, which means we know something about the current state of the lake but nothing about its history, and how it has changed over time.

She says that if we are developing a restoration plan for a lake, it is important to know what it used to be like. 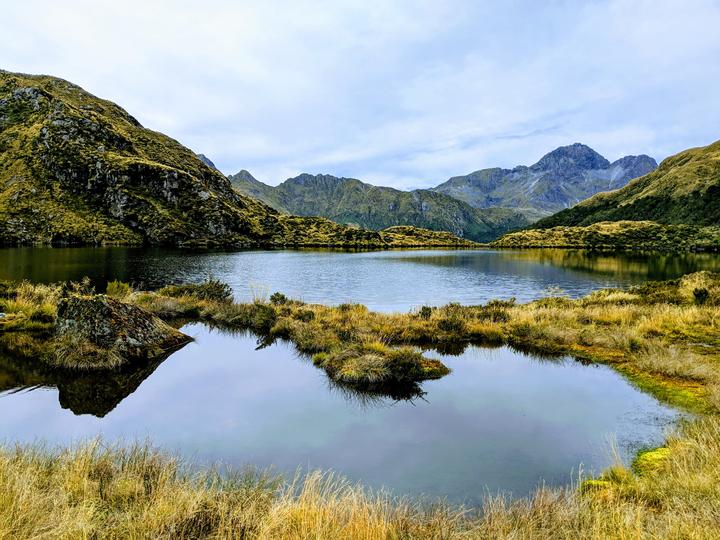 The Lakes380 project is jointly led by the Cawthron Institute and GNS Science, and is funded by a $12-million Endeavour Fund grant from the Ministry of Business, Innovation and Employment.

The project will collect sediment cores from the floor of each lake. The sediments build up over time and hold a record of the lake and its surrounding catchment, and these will allow the team to recreate hundreds of years of history.

“A sediment core is like a storybook, going back in time,” says Susie. 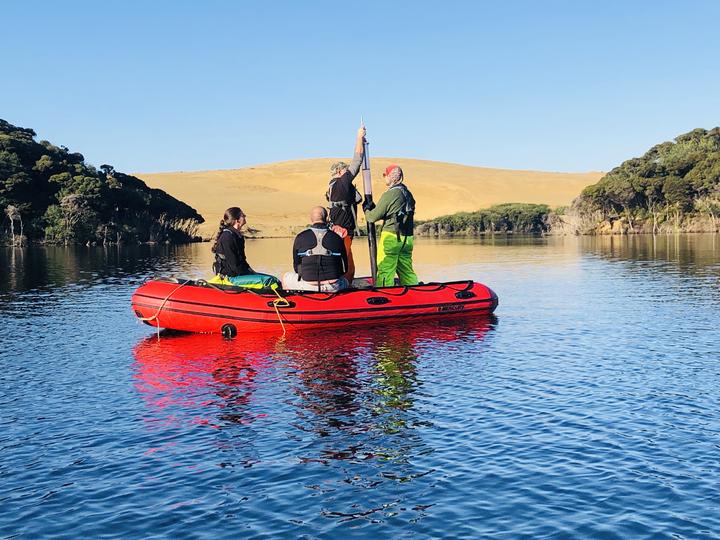 Susie says the team will use a range of techniques to analyse the cores.

“One of the things we do here at the Cawthron is use our DNA techniques so we can understand the biological communities, how they’ve changed and why they have changed.” 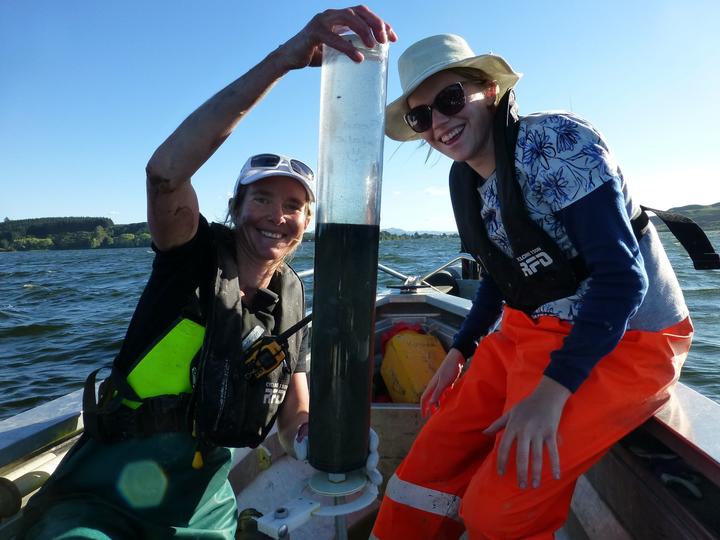 Susie says that a good example of what the eDNA can reveal is Lake Ponui, in the Wairarapa. Although 95 percent of its catchment is native vegetation, in the past few years it has begun to experience significant cyanobacterial blooms.

“The question there is why has it begun to experience these blooms when there hasn’t been any land use changes,” says Susie. “Typically cyanobacterial blooms are a result of an increase in nutrients resulting from land use intensification.”

Susie says that analysing the lake’s sediment cores showed that the bloom-causing species first began to appear in the lake as early as the 1870s. The eDNA showed that this coincided with the arrival of bacterial species associated with introduced fish such as trout and European perch, which the acclimatisation societies were bringing into New Zealand at that time.

Susie says the fish caused changes that “set the lake on a particular trajectory”, and that restoring the lake to a healthy condition would probably mean removing the fish.

Listen to the podcast to hear Susie discussing work in remote alpine lakes in Fiordland, and collaborating with local iwi to collect cores from dune lakes in Northland.

Next week on Our Changing World, we will visit GNS Science to hear more about storing and studying the sediment cores, in part 2 of the Lakes380 story.