Our Changing World for Thursday 8 October 2015

Bird of the Year Competition 2015 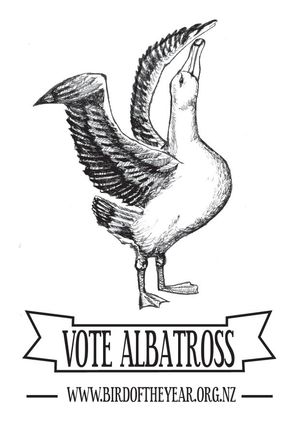 'Vote Albatross' is the cry from Our Changing World producer Alison Ballance, who is campaign manager for Albatross in this year's Bird of the Year competition.

This is the 11th year of the competition, organised by Forest and Bird to highlight some of New Zealand's native birds. It was first won by tui, and since then it has been won by fantail, grey warbler, kakapo, kiwi, kakariki, pukeko, falcon and mohua. Last year the competition was for Seabird of the Year and it was won by a coastal species, the fairy tern.

Alison reckons that since New Zealand is albatross capital of the world, and since a true ocean-going seabird has never won, it's about time the magnificent albatross was a winner.

Voting is open until 5pm on Sunday 25 October, and a reminder that after you vote you need to click the confirmation email that is sent to you.