The way we define urban resilience is the ability of a city to not just survive but thrive in the face of shocks and stresses.
Nicola Thomson, 100 Resilient Cities 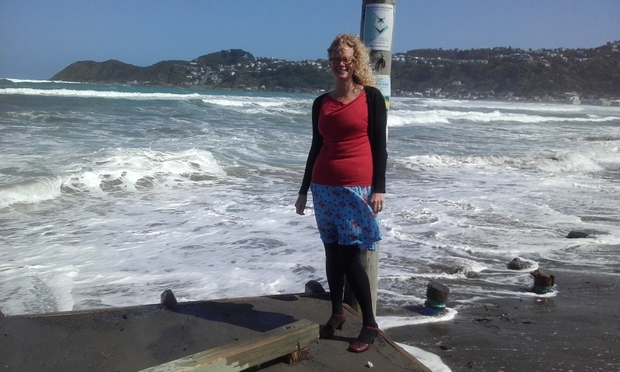 Wellington’s Lyall Bay is a favourite spot for surfers – and when the surf is up, the waves pound the beach with force.

At one end of the beach, there’s Surfers’ Corner, a small car parking area that was initially constructed to sit two metres above the beach. But within a short time, the wave action dumped so much sand against the car park's ocean-facing wall that it’s now only barely above the beach and the ocean regularly spills over and erodes the asphalted surface.

Myfanwy Emeny leads the urban ecology group at the Wellington City Council, and for her team, this is one of the challenges they face as they consider options for making the capital city’s coastline more resilient.

One of the decisions we have to make about this area is should we actually retreat from this car park and move it back closer to the road and replant the dunes in order to better protect the road and the infrastructure behind it.

Further along the beach dunes that have been planted with native sand-binding plants act as shock absorbers. They stand up to the impact and power of the waves and allow sand to be shifted around. “It’s a really effective mechanism to protect coastline.”

Along this part of Wellington’s coastline, the ocean already regularly spills over onto the road, taking logs and rocks with it. “That’s exactly what we’re trying to avoid in the future by looking at some medium to long-term solutions for Lyall Bay and the rest of our coastline as well.”

Wellington’s mayor Celia Wade-Brown says urban resilience is a big issue for the capital, which faces natural hazards such as earthquakes as well as longer-term impacts from environmental, social and economic changes.

“Whether it’s more refugees or sea level rise, it doesn’t happen overnight but has an impact on planning. We need to bring that together so it’s not just a central and local government issue, but businesses, communities, families and individuals as well.”

Wellington recently joined a global initiative of 100 Resilient Cities, which was launched by the Rockefeller Foundation in 2013. Last week, urban planners, hazards scientists and policy makers came together at a workshop to discuss a strategy to turn the capital into a more resilient city.

One of the speakers was Nicola Thomson, an associate director for 100 Resilient Cities. She says the programme was launched to help cities around the world to build natural, social and economic resilience in the face of challenges of the 21st century.

The way we define urban resilience is the ability of a city to not just survive but thrive in the face of shocks and stresses. Shocks are traditional disasters … a disease outbreak, an earthquake, a global financial crisis, but we also recognise that it’s equally important that a city builds resilience to stresses, which are things that are happening in a city constantly or on a cyclical basis that are actually weakening the fabric of the city.

This podcast highlights the issues for Wellington and features resilience planners from other cities that are already part of 100 Resilient Cities.