Our Changing World for Thursday 5 December 2013

Hauturu-Little Barrier Island – After the Rats and Cats

Five kokako - eating daisies on the ranger's lawn! Since kiore (Pacific rats) and feral cats were eradicated from Hauturu-Little Barrier Island rare birds such as kokako come down to the ground to feed (image: A. Ballance)

Hauturu-Little Barrier Island in the Hauraki Gulf became New Zealand’s first nature reserve in 1897. It is home to a number of rare and threatened species, such as hihi or stitchbird, kokako, tuatara and wetapunga, and following the eradication of feral cats in the early 1980s and kiore or Pacific rats in 2004 the plants and animals there are thriving. Alison Ballance joins island rangers Richard Walle and Leigh Joyce for a walk, to hear their impressions of the island and its wildlife, which include the thought that this important island sanctuary is ‘how mainland New Zealand could – and should be’.

Ranger Richard Walle (left) with a male tuatara in the breeding enclosure. A male tuatara has much larger spines along its back than a female tuatara  - this female pictured at right is Kowhai, named for her distinctive yellow eyelids (images: A. Ballance) 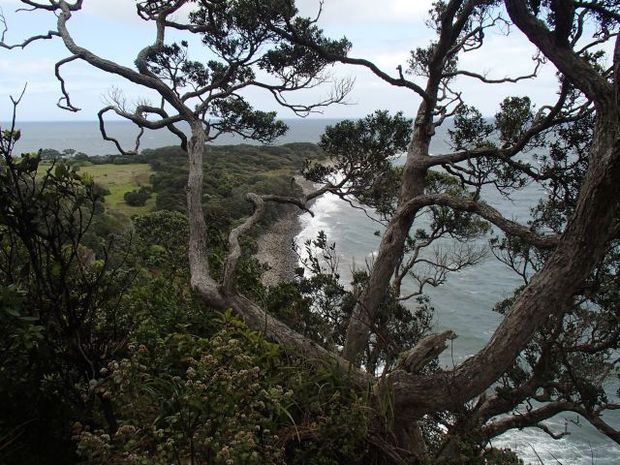 View from the lower pohutukawa forest looking across to west landing on Hauturu-Little Barrier Island (image: A. Ballance) 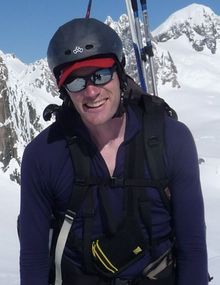 With the current system of size-selective harvesting, regulations mean that a fish can only be kept if it is above the legal minimum length. That’s because conventional wisdom suggests that small fish should be thrown back so they can mature and breed. So it doesn’t matter if you’re a recreational or commercial fisher, if you’re caught with an under-size fish, you are fined.

However, in this preview of an upcoming Royal Society of New Zealand lecture, University of Canterbury’s Michael Plank (pictured right, image: Ruth Hudson) explains how mathematical modelling can show that overall yield can be increased if balanced, rather than selective, fish harvesting is implemented and that fishing overall is more sustainable.

Michael Plank research interests include modelling animal behaviour, invasive pest species and human physiology. He will present his lecture which is part of the Royal Society’s 10 x 10 series, at the Presbyterian Church Hall, 91 Tenby Street, Wanaka next Thursday 12 December from 7.30pm.

Deborah Blum is a Pulitzer Prize-winning science writer and blogger, and Professor of Journalism at the University of Wisconsin-Madison. She has a strong interest in chemistry, and has written books on subjects as varied as the use of primates in research and poison. She was in New Zealand recently to run science writing classes at Victoria University, and while she was here Alison Ballance caught up with her to talk about the value and fun of science communication.

Deborah Blum also spoke with Kim Hill about her book ‘The Poisoner’s Handbook: Murder and the Birth of Forensic Medicine in Jazz Age New York’. 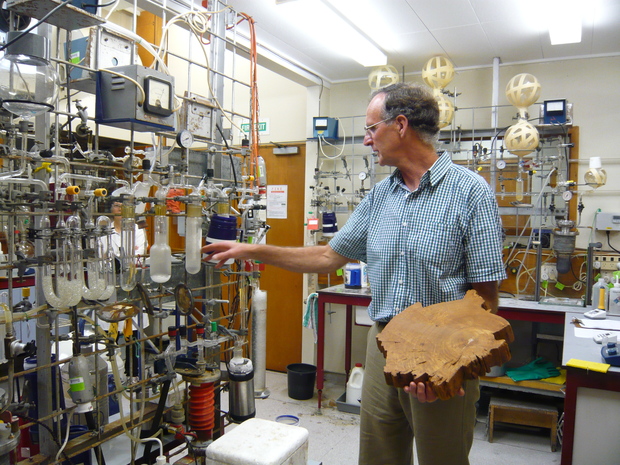 Throughout Northland, ancient logs of kauri lie buried in bogs, often for millennia. Swamp kauri is a precious resource for artisan furniture makers, but scientists are also finding that sub-fossil kauri logs are a treasure trove of information about past environmental conditions. These long-lived trees have become time capsules, spanning some of the most interesting chapters in earth’s climate history.

In a collaborative effort between New Zealand and Germany, a team of scientists is using swamp kauri to reconstruct periods of abrupt climate change. One of the first steps in the effort is to determine how old each kauri is, and at Waikato University's Radiocarbon Dating laboratory, Alan Hogg is using C14 carbon dating and another method called accelerator mass spectroscopy to build up a continuous record of dates. However, if a sample goes too far back in time, radiocarbon dates don’t match up to calendar years because radiocarbon levels in the atmosphere fluctuate. To correlate the information from the trees with past climate events, Jonathan Palmer, a dendrochronologist at the University of New South Wales, is analysing tree rings and, at the GeoResearch Centre in Potsdam, Gerd Helle measures isotope ratios in each sample.

This year marks the 60th anniversary of bilateral relations between New Zealand and Germany, which has led to many joint ventures in the areas of science, technology and innovation. The New Zealand government invests more in research collaborations with Germany than with any other country, and in this interview, the German Ambassador to New Zealand, Anne-Marie Schleich, reflects on the close scientific ties between the countries.

Earlier in the year, Veronika Meduna was able to travel to Germany with the assistance of the German Embassy in Wellington and Our Changing World has highlighted a number of research projects between the two countries. The swamp kauri project above is one example. You can also listen to our feature about the InterCoast project, a collaborative study of coastal ecosystems between the universities of Bremen and Waikato, and a joint venture in robotics between the Fraunhofer Institute and the University of Auckland. In August, we caught up with mathematician Roy Kerr during a conference held in his honour in Potsdam, and before that, we featured the first Southern Hemisphere mission of the SOFIA telescope and a joint research project about the taxonomy and evolutionary history of a group of plants called Veronica.