Our Changing World for Thursday 5 September 2013

Iodine is a trace element that is essential for normal human growth and development, especially of the brain. But in 2007 nearly 2 billion people were getting insufficient iodine, and the World Health Organisation considered it to be the single greatest preventable cause of mental retardation and intellectual impairment.

New Zealand soils are deficient in iodine, and as a result we used to have a high incidence of mild to moderate iodine deficiency, with goitre (enlargement of the thyroid gland) being a common symptom. This was solved, following research at the University of Otago Medical School, by the introduction of iodised salt in the 1930s. However, New Zealand was one of a number of countries which saw a rise in mild iodine deficiency again during the 1990s and early two thousands. In 2009, in an attempt to counter this, it became mandatory for manufacturers to add iodised salt to bread.

Last month the Ministry for Primary Industries released its latest report on the iodine status of New Zealanders (The Impact of Mandatory Fortification of Bread with Iodine, published 22 August 2013)) and Alison Ballance caught up with lead author Sheila Skeaff, from the Department of Human Nutrition at the University of Otago, to find out if adding iodised salt to bread has worked and why we need to add iodine to our diet in the first place. As well as a general survey of the New Zealand population Sheila has also been looking in particular at the iodine status of pregnant women and children.

Sheila is currently recruiting pregnant women in Dunedin for a study assessing their iodine status. If you are in your first trimester of pregnancy and would like to take part you can phone 0800 080 053 or contact Sheila. You will be asked to attend a 15-minute appointment at the university. 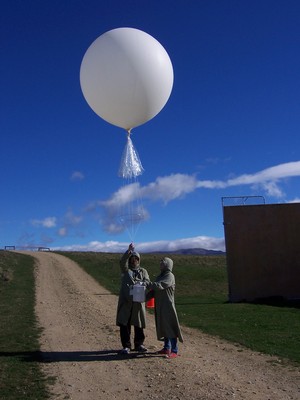 As the sun returns to Antarctica, it heralds the beginning of the fast and rapid destruction of ozone above the South Pole. The annual ozone 'hole' has now begun to form above Antarctica, as illustrated by these NASA maps, compiled daily from data gathered by satellite-borne instruments.

Land-based Dobson spectrophotometers are being used to ground-proof satellite data, and one of about 150 such instruments worldwide is housed in a small domed building at the National Institute of Water and Atmosphere research station at Lauder, in Central Otago. The Lauder team also regularly releases balloons (left) that carry ozone-detecting instruments into the high atmosphere.

Climate modeller Olaf Morgenstern (pictured below) tells Veronika Meduna that stratospheric ozone depletion is thought to dominate recent Southern-Hemisphere climate change because some models suggest that the formation of the ozone hole has caused precipitation regimes to move poleward. However, he says these models have shortcomings and he has been working on a new-generation model which incorporates both ozone chemistry and interactive ocean processes to understand how climate change and ozone depletion influence each other, and which impacts these interactions are having on global wind and ocean circulation systems.

In this feature, Olaf Morgenstern explains how climate change could affect the rate of recovery of the ozone layer, and how, in turn, some of the substances used to replace the original ozone-depleting chemicals will contribute to climate change because they are much more potent greenhouse gases than carbon dioxide. His Marsden-funded model will be used to project how long-lived greenhouse gases and ozone recovery will affect Southern Hemisphere and New Zealand climate.

The Lauder team has also previously featured in this Our Changing World programme.

To enure the consistency of fruit being tasted by an expert sensory panel each kiwifruit is tested for firmness (left and centre) and for sweetness (right) (images: A. Ballance)

The kiwifruit that you see in supermarkets at the moment were picked back in autumn, when they were still very hard. Since then they’ve been stored in special conditions that are designed to keep them in perfect condition until they arrive in your kitchen ready to eat. And it turns out there’s quite a science to determining the best storage conditions for different varieties of kiwifruit, as Alison Ballance discovers when she joins Anne White and Miriam Hall in a lab at Plant and Food Research as they prepare hundreds of a new variety of kiwifruit  - Green 14, also known as ‘sweet green’ - for a tasting panel. This is just one of a large number of post-harvest studies carried out by Plant and Food Research, to improve the taste, texture and storage of kiwifruit. Plant and Food Research is also involved in breeding new varieties of kiwifruit, and carrying out research into the vine-killing disease PSA. 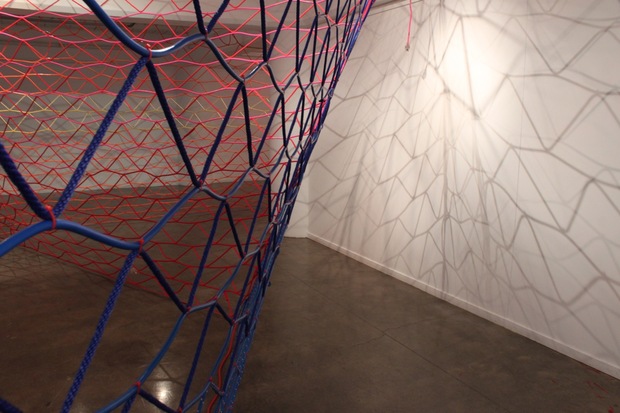 Both will be talking about their collaboration on Saturday, 14 September, at 1pm at the Toi Poneke Arts Centre.

Gabby’s earlier art-science collaboration with NIWA marine physicist Craig Stevens has featured in this programme, and you can listen to an earlier interview with Shaun Hendy about his book Get off the Grass (AUP), in which he discusses how innovation could transform New Zealand’s economy.

Oritain is a Dunedin-based company that uses chemical analysis to verify the origin of New Zealand produce, with the aim of stopping counterfeiting. Oritain’s lead scientist Rebecca McLeod explains to Ruth Beran that all animals and plants absorb the natural chemical properties of their environment, and an analysis of things like trace elements and stable isotopes can scientifically link plants and animals to their place of origin. Oritain collects baseline data, and uses mass spectrometry, to determine a chemical “fingerprint” for its clients’ produce such as milk, apples, honey and lamb. Samples are kept on file, so if a product is later suspected of being fake it can be compared with Oritain’s database. All data collection and storage is conducted to high forensic standards, as it is possible that information held by Oritain may one day be used in court to prove whether or not produce comes from New Zealand.