Our Changing World for Thursday 2 May 2013

This week, the government has announced 10 National Science Challenges and an additional $73.5 million (to be added to the $60 million from last year’s budget) to be spent on research addressing them over the next four to 10 years.

This follows a six-month process which involved a $1.25m public campaign and formal submissions from the science sector, which have all been analysed by the Peak Panel, chaired by the Prime Minister’s chief science advisor, Sir Peter Gluckman.

In its report (pdf) the panel had put forward 12 recommendations to Cabinet, but two proposed challenges have been combined and one – building better homes and cities – has been dropped.

In this feature, you can hear the responses from Antarctica New Zealand ceo Lou Sanson, the director of the MacDiarmid Institute Kate McGrath and University of Auckland microbiologist Siouxsie Wiles. You can also read further comments from the science community on the Science Media Centre’s website, and you’ll find background documents here. 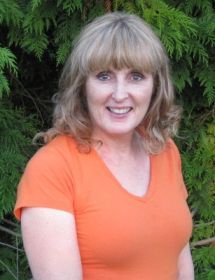 In vitro fertilisation (IVF) is an invasive and time consuming process, and less than half of fertilised eggs implanted through IVF result in pregnancy.

Gloria Evans (left) from the University of Otago Christchurch is collaborating with Fertility Associates in Christchurch to develop a test which may significantly improve this success rate.

The test uses biomarkers (or proteins) which show when the uterus is ‘more favourable’ for embryo implantation. Evans has already demonstrated that a laboratory test using the biomarkers can determine when the uterus is more hospitable for implantation. This work was published in the journal Fertility and Sterility. She is now wanting to confirm that in a trial of a larger sample of women and create a test which can be used in IVF clinics.

Participants in the trial are divided into three groups of women, aged 20 -37 years, with one group being women who have experienced unexplained repeat miscarriage or IVF procedures without pregnancy occurring. The second group consists of women who require treatment for poor ovulation. The third group is normally fertile woman volunteers to see how they differ from those requiring IVF. The trial involves taking a small sample of tissue from the endometrium of women volunteers to determine the presence or absence of particular proteins or biomarkers.

Ruth Beran meets Gloria Evans and a woman, who wants to be known only as patient 28, who is participating in the current trial of the biomarker test. This woman is on her third round of IVF and is 36 years old.

If you would like to take part in this trial, the research team is looking for female volunteers, living in Christchurch, Wellington, Hamilton or Auckland. For more information, email Gloria Evans by clicking here. 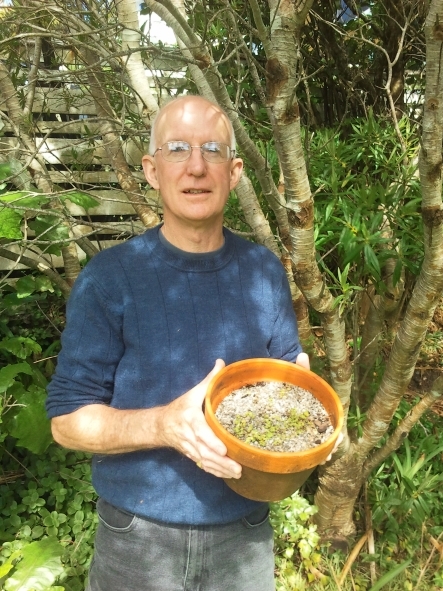 Phil Garnock-Jones with two very different Veronicas: the tree-sized Veronica flavida in the background is a rare and endagered species discovered in Northland about 15 years ago, while Veronica jovellanoides, in the pot, is a creeping species, endemic to New Zealand but very similar to Northern Hemisphere Veronicas. (images: V Meduna)

Veronicas are a global group of usually small, herbaceous plants with white or blue flowers. In New Zealand, however, they have grown into trees and shrubs, and their looks have led early 20th-century botanists to classify them as a separate group, which most of us know as hebes.

When Joseph Banks and Daniel Solander came to New Zealand, they named three species as Veronica. The name hebe didn’t appear until 1789 when it was given to a South American species. In the 1920s, New Zealand and American botanists, among them Leonard Cockayne, recognised that our plants belonged with the South American species and they transferred all shrubby species into their own group, Hebe. Later, WRB Oliver classified what he called the 'Veronica-like' New Zealand plants as Parahebe.

However, Phil Garnock-Jones, a botanist at Victoria University and Te Papa, has published a revision of the classification, placing hebes back within the Veronica genus in recognition of their evolutionary relationship.

He has established a long-standing collaboration with evolutionary botanist Dirk Albach, at the University of Oldenburg in Germany, who has been tracking the evolutionary history and diversification of Northern Hemisphere Veronicas. They recognise that all our woody species have evolved from a herbaceous Veronica ancestor which arrived here about 10 million years ago.

Te Papa research scientist Heidi Meudt, who is currently at the University of Oldenburg as an experienced researcher fellow with the Humboldt Foundation, is exploring how certain evolutionary phenomena can act as drivers of diversity. She is using next-generation DNA sequencing methods to investigate species radiation (the diversification into many morphologically different species over a short time period) and polyploidy (the duplication of genomes, which is a common phenomenon in plants), and their respective role in the evolution of diversity. 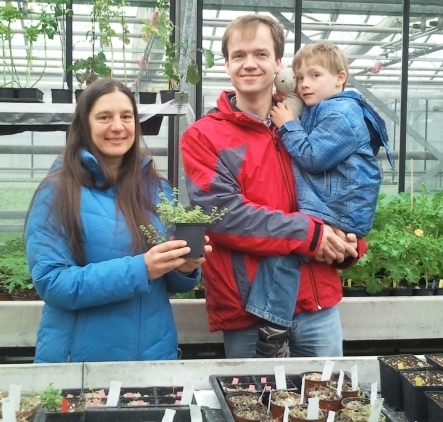 Heidi Meudt and Dirk Albach (with Dirk's son Felix) in one of the glass houses at the University of Oldenburg, with Veronica panormitana. 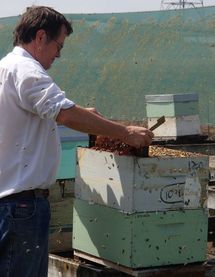 Honeybees are worth their weight in gold to New Zealand, pollinating between two and three billion dollars worth of fruit and vegetable crops each year. Overseas there are worrying reports about colony collapse disorder and disappearance of honeybees, but following a decline in beehive numbers after varroa mite was detected in New Zealand in 2000 the number of both commercial and hobby hives here is on the rise again.

Mark Goodwin (left, image A. Ballance) leads Plant and Food Research’s Apiculture and Pollination Research Team - AKA the Bee Unit - at the Ruakura Research Centre. Alison Ballance heads there to meet Mark and some bees, and find out about his research into improving pollination rates, especially in kiwifruit orchards. Mark also tells her about his concerns that varroa mites are developing resistance to the chemicals used to control them, and how New Zealand is making good progress towards eradicating American foulbrood disease

In 2009 Mark was awarded a New Zealand Science and Technology Award for his work on honeybees and crop pollination.