Our Changing World for Thursday 7 March 2013

It is Seaweek and Our Changing World is marking the week with a marine-themed show. Our first marine story is about seabirds – although it actually takes place in the mountains! The seabirds are Hutton’s shearwaters, which breed high in the Seaward Kaikoura Range in two wild colonies, up the head of the Kowhai River (108,000 burrows) and at the top of Shearwater Stream (8000 burrows). The birds are the focus of a project by the Hutton’s Shearwater Charitable Trust to create a third ‘insurance’ colony within a predator-proof fence on the Kaikoura Peninsula.

Last week Alison Ballance joined a team from the Trust on a chick-collecting trip into the Kowhai River. The team included Phil Bradfield from the Department of Conservation, Mike Fraser from Wildlife Management International Ltd, and trustees Lindsay Rowe and Nicky McArthur. Nicky runs Kaikoura Wilderness Expeditions and owns the land at the Shearwater Stream colony.

Another Hutton’s Shearwater Trust team, led by Mike Bell from Wildlife Management International Ltd team is currently feeding the 45 chicks that were collected on this expedition. Another trip is planned in the next few days to collect more chicks to bring the total transferred to one hundred.

The translocated chicks are kept in artificial burrows and fed sardine smoothies until they fledge – you can hear about this side of the process in a story about fluttering shearwaters, recorded last summer on Matiu-Somes Island in Wellington Harbour.

Geoff Harrow, who rediscovered the Hutton's shearwater's breeding grounds in the early 1960s was interviewed by Deborah Nation for Spectrum - you can find that interview here. 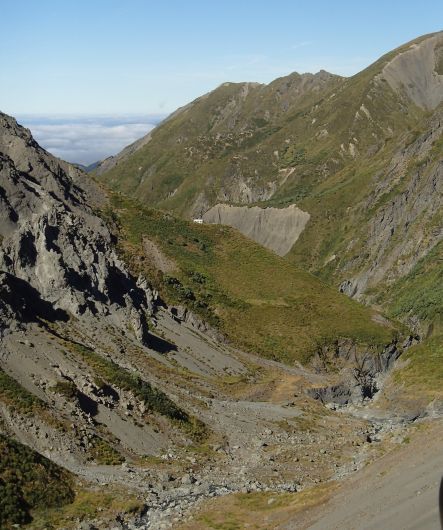 Looking down the Kowahi River towards the Kowhai Hut - more than 100,000 pairs of shearwaters breed on the sides of the valley in tussock and under mountain ribbonwood (image: A. Ballance) 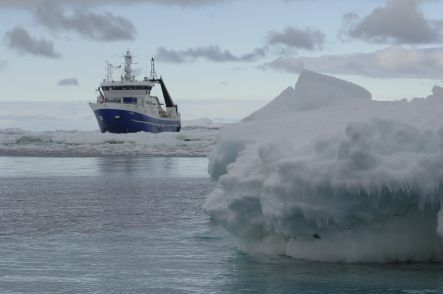 Bacteria are the dominant life forms on Earth, including the world's oceans. As part of the international effort to count all marine creatures that live in the Antarctic ocean (Census of Antarctic Marine Life, or CAML), a team of microbiologists has focused on counting bacteria and comparing their results with those from Arctic waters.

The New Zealand samples were collected during an Antarctic voyage onboard NIWA's research vessel Tangaroa and included the southern-most bacterial specimens analysed. In this interview, NIWA's marine microbiologist Els Maas explains that the team expected to see similar numbers and species of bacteria in both polar regions, but found that genetic sequencing revealed surpring results. About 75 per cent of the bacteria found in the surface coastal waters are unique to either the Arctic or Antarctica. The differences are not nearly so marked in deeper waters, which suggests that freshwater that flows into the ocean from glaciers and streams is responsible for the effect.

Freshwater input is one of the most notable differences in environmental conditions between the two polar oceans. In  Antarctica, glacial meltwater accounts for most of the freshwater that flows into the systems, while the Arctic ocean receives much more freshwater from several large rivers with huge continental drainage basins, in addition to glacial meltwater.

As part of Seaweek this year the New Zealand Marine Studies Centre at the University of Otago has launched the Marine Metre Squared Project.

To find out about this citizen science initiative science communication student Gerard Barbalich heads to the beach at Portobello with fellow student Kimberley Collins and Marine Studies Centre director Sally Carson. Kimberley is looking at public engagement with the project through social media as part of her Masters of Science Communication research, and Sally hopes that people around the country will identify and count the number of plants and animals living in a square metre on their local rocky shore, and that they will record their findings on the Marine Metre Squared website. Free rocky shore identification guides are available for both northern and southern New Zealand. 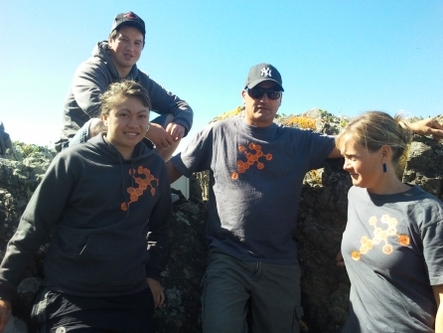 New Zealand's coastline is an important source of kaimoana, supporting commercial fisheries as well as recreational harvesting. However, despite its small landmass (only 0.2 per cent of the global land area) New Zealand's sediment input into coastal ecosystems contributes almost 1 per cent of the worldwide sediment yield, and this sediment load can affect coastal species, particularly sessile ones such as pāua and kina.

A group of marine scientists at Victoria University's Coastal Ecology Laboratory, also known as VUCEL, investigates the impact of suspended sediments on the reproduction, growth and respiration of these marine invertebrates, but they take a different approach to their research. Sonja Miller, Taputukura Raea, Shane Parata and Peter Edwards are all part of the Āwhina VUCEL Incubator, a Te Rōpū Āwhina whānau initiative at Victoria University to grow Māori and Pacific marine scientists. The goal of Āwhina is to produce Māori and Pacific scientists, technologists, engineers, mathematicians, architects and designers who will contribute to Māori and Pacific development and leadership.

Taputukura Raea, left, investigates the impact of sediment on the growth of paua, while Peter Edwards checks whether kina eggs have been fertilised (images: V Meduna).