Our Changing World for Thursday 12 August 2010

Ernest Rutherford is New Zealand's most famous scientist. He won numerous awards for his research, including a Nobel Prize, and his face features on our $100 notes.

His student days were spent at the former Canterbury College, now housed in the Arts Centre in Christchurch.

In 1894, he asked permission to use a cloakroom in the corner of the main quadrangle to conduct his experiments, and the room became known as Rutherford's Den.

School groups can visit Rutherford's Den for free, and about 2,500 students visit each school year, usually split evenly between primary and secondary students. Rutherford's Den Trust was established in 1999 and spent a decade developing an exhibition space and education programme.

The Waikato River is not only New Zealand's longest river - it is one of the country's most used waterways. Management for the river has just entered a new phase of co-management, with local iwi co-operating with local and central government through the Guardians of the Waikato River.

The Waikato River is also the focus of a new 'large river research' initiative, led by Kevin Collier from the University of Waikato and Environment Waikato. Alison Ballance joins freshwater ecologist Kevin Collier, and University of Waikato students Melany Ginders, Toni Johnston and Michael Pingram, to find out about their research projects into the invertebrates, fish and nutrients of the river. 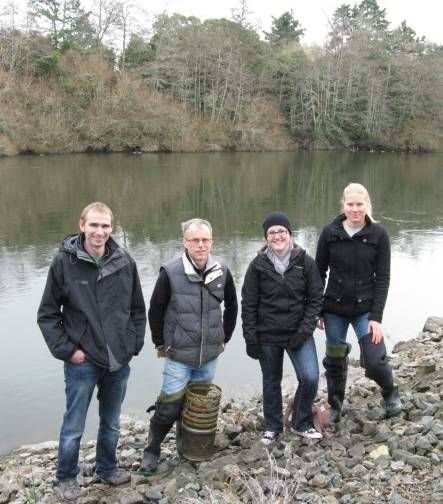 A new book, The Waters of the Waikato, is available from Environment Waikato for $49 (email: library@ew.govt.nz). The book, which brings together the latest information about the river, has 48 contributors and is edited by Kevin Collier, David Hamilton, Bill Vant and Clive Howard-Williams.

Maggie-Lee Huckabee, and two treatments used for dysphagia: an ultrasound image and manometry

Swallowing activates 32 paired muscles, is controlled by seven cranial nerves, and happens in the space of only about 800 milliseconds. Most people don't even think about swallowing. But for those people who've lost the ability, it is something they think about all the time, and it's not an easy process to regain.

University of Canterbury'sMaggie-Lee Huckabee and her team are helping people with swallowing difficulties using various techniques including ultrasound, manometry, and video fluoroscopy, otherwise known as motion x-ray. The video below demonstrates video fluoroscopy for someone swallowing normally, followed by someone with dysphagia.

Ruth Beran goes to the Swallowing Rehabilitation Research Laboratory at the Van der Veer Institute in Christchurch to discover what dysphagia is, how it's treated, and to meet stroke patient Derek Chapman, who hasn't been able to swallow for months, but is making progress.