Our Changing World for Thursday 25 June 2009

As part of Operation Ark, a number of native animals in the Eglinton Valley are being monitored to see how their populations are holding up. Short-tailed bats are being fitted with microchip transponders by a Department of Conservation 'bat team' led by scientists Jane Sedgeley and Colin O'Donnell.

There are two surviving species of bats in New Zealand: long-tailed bats and the lesser short-tailed bat. The greater short-tailed bat became extinct in the early 1960s when rats reached Big South Cape Island, their only surviving refuge. The bats and a mysterious fossil mammal nicknamed the 'waddling mouse' are the only known terrestrial mammals recorded from New Zealand. 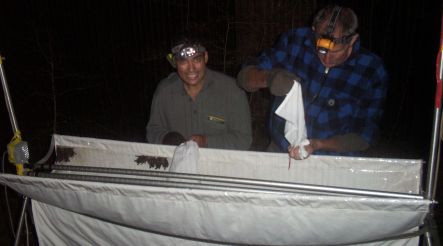 The Square Kilometre Array (SKA) telescope is too complex and expensive to be built by any one country, and so an international consortium of 19 countries has been formed to plan and build it. In October 2006, the consortium announced that two bids had been shortlisted to host the SKA - Australia/New Zealand and South Africa.

The SKA will consist of thousands of small dish antennas and a large number of a new type of flat panel known as 'tiles'. The dishes will receive high frequency radio waves and the tiles low frequencies, giving the SKA an exceptionally wide radio window to observe the universe.

The SKA will have a higher resolution than any existing radio telescope, allowing it to study the birth and evolution of galaxies, dark energy and dark matter, magnetism and whether or not we are alone in the universe. 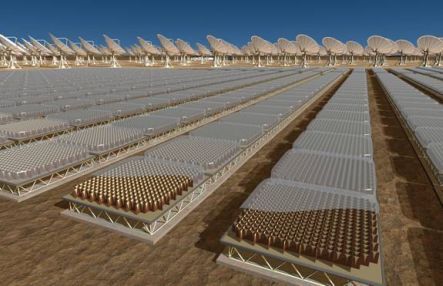 Radio astronomy was blossoming in New Zealand after World War 2, when radar technology was adapted to make observations of celestial bodies emitting in radio frequencies.

A new generation of radio telescopes is now probing the universe as part of preparations for the Square Kilometre Array. The Auckland University of Technology's 12m dish (PDF) south of Warkworth is a small part of this big plan, which will combine 5000 dishes, spread out over vast distances, into a one giant radio antenna. The idea is to make a radio telescope so powerful, it can not only observe celestial objects in distant galaxies but also look back in time to the emergence of the universe.

There are about 5000 species of mammals in the world - and you'd think that because this is where humans belong that this would be one of the best-known groups of animals. But not only are we still discovering new species of mammals, it turns out the experts can't agree on how mammals are related to one another, and when they evolved. It's a controversial area of biology that often sees scientists who rely on morphological or physical evidence, pitted against those who prefer molecular evidence.

The most recent classification systems (PDF) based on molecular studies reveal four groups or lineages of placental mammals which diverged from early common ancestors in the Cretaceous. The groups are Afrotheria, Xenarthra, Laurasiatheria and Euarchontoglires. These four groups were first proposed in 1999 by Kiwi phylogeneticist Peter Waddell, now at Purdue University, and colleagues from Japan.