Our Changing World for Thursday 26 March 2009

Twenty five kakapo chicks have successfully hatched on Whenua Hou Codfish Island so far this breeding season, with more still due to hatch. It's a far cry from the mid 1990s, when the kakapo population was at its lowest ebb. In episode five of our kakapo series, scientists Ron Moorhouse and Graham Elliott reflect on how science and evolutionary theory have played an integral role in the increase in kakapo numbers.

An updated threat classification for New Zealand plants, published in the latest issue of the New Zealand Journal of Botany, ranks well over a third of our native species as threatened. And the situation is getting worse, not better, with a 60% increase in the number of critically endangered plants in just 4 years. Department of Conservation threatened plant botanists Peter de Lange and John Sawyer discuss why over one-third (38%) of the native flora is now included as threatened or uncommon. For information on threatened New Zealand native plants check out the New Zealand Plant Conservation Network.

The New Zealand physics fight competitions are part of the International Young Physicists' Tournament (IYPT), which is a competition created in the USSR to foster scientific research and improved international communication in physics. It is an annual team competition for high school physics students. A physics fight is a bit like a debate. Prior to the tournament, team members will have prepared the solutions to a series of complex physics problems. During the fight one team presents their solution to a problem then the other team tries to pull their arguments apart - asking questions and challenging their assumptions and methods. 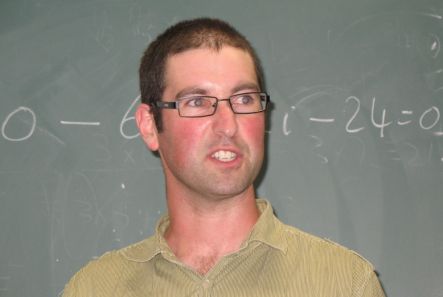 Gordon Ell's first book on bird gardening, Encouraging Birds in the New Zealand Garden, was published in 1981. His latest book features bird photographs by Geoff Moon and others, and includes advice on how to entice lizards, insects and other animals into a garden. It also includes an illustrated directory of 34 of the most common visiting and resident garden birds, and instructions for building bird tables, nest boxes and establishing a nature pond. Attracting Birds and other Wildlife to your Garden in New Zealand, by Gordon Ell, is published by New Holland.