Our Changing World for Thursday 30 October 2008 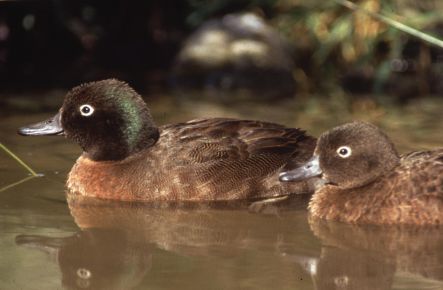 Victoria University waterfowl biologist Murray Williams has a soft spot for New Zealand's smallest ducks. On two different occasions in the last 15,000 years brown teal from mainland New Zealand flew to remote subantarctic Auckland and Campbell islands, where they very quickly shrank in size, and lost the power of flight. Murray Williams explains why this happened, and recounts the remarkable story of the discovery of the Campbell teal on a tiny offshore islet, and the captive breeding programme which culminated in the release of birds back on main Campbell Island after a 150 year absence. 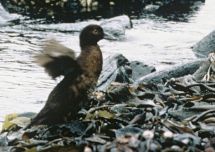 To find out more about flightless teal, follow these links:

History of the discovery of Campbell island teal

The story behind the successful Campbell Island teal conservation programme

Conservation of brown teal, mainland ancestor of the subantarctic teal 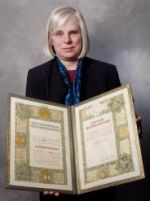 Ernest Rutherford was New Zealand's most eminent scientist, and in preparation for the centenary of his Nobel Prize award, Veronika Meduna talks to his great-granddaughter Mary Fowler, a professor of geophysics at the University of London. They discuss Rutherford's scientific legacy, family memories and his role in the rescue of more than a thousand mostly Jewish scientists from Nazi Germany.

Mary Fowler is the 2008 Royal Society of New Zealand Distinguished Speaker and will be visiting New Zealand for a lecture tour in November and December. Mary Fowler itinerary and event details

Peter Beck has focused his research on rocket propulsion for more than a decade and he's now preparing to launch the Southern Hemisphere's first privately developed rocket into space early next year. His company Rocket Lab in Auckland has developed a sub-orbital rocket that he plans to use as a research tool to study climate change. Veronika Meduna meets Peter Beck in the Rocket Lab workshop to talk about New Zealand's part in the space industry.

If you cannot view the above video you either have JavaScript turned off or an old version of Adobe's Flash Player. Get the latest Flash player.