Our Changing World for Thursday 18 September 2008

Last week, the world's most powerful particle accelerator, the Large Hadron Collider at the European Organisation for Nuclear Research or CERN, was turned on. The launch of the first proton beams went smoothly, and as they are gradually ramped up to higher energy levels to start smashing the particles into each other, physicists throughout the world are preparing to use the LHC for their experiments. To find out about New Zealand-led experiments, Veronika Meduna talks to nuclear physicist David Krofcheck at the University of Auckland, who will travel to CERN this week. 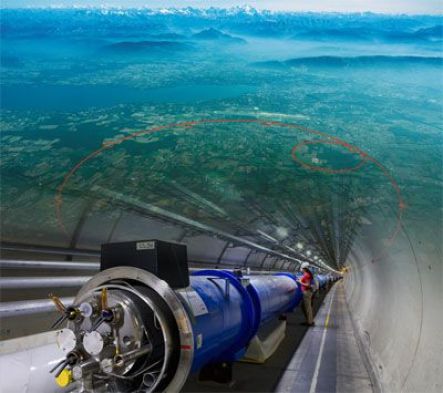 Experiments at the Large Hadron Collider will address questions such as what gives matter its mass, what the invisible 96% of the Universe is made of, why nature prefers matter to antimatter and how matter evolved from the first instants of the Universe's existence. 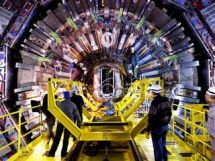 Right: Last week, particles have circulated in the LHC for the first time. Two proton beams were accelerated and then sent in opposite directions around the LHC. The profile of one of these two beams is shown in this image. 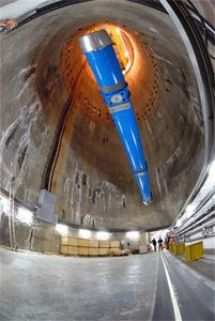 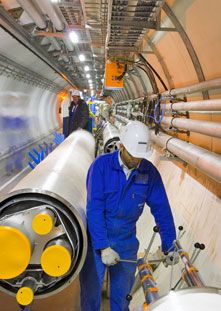 Left: Last year, the last superconducting magnet was lowered underground. In two years, 1746 magnet systems have been installed in the LHC tunnel.

Right: The world's largest refrigerator was constructed to cool the 27km LHC tunnel. It circulates helium in liquid and gas phases to cool everything down to provide cryogenic conditions for the superconducting magnets of the accelerator.

All images courtesy of CERN

Bees collect nectar to produce honey as food to survive the winter. Humans long ago discovered that honey not only tastes good but that it's quite useful in helping wounds heal. And manuka honey seems to be more effective than any other honey. Biochemist Peter Molan has long been studying natural antibacterial substances and has specialised in honey at the University of Waikato for the last 26 years. Amelia Nurse asks him what it is about honey that makes it such a powerful antibacterial agent as well as having antifungal, antioxidant and anti-inflammatory properties. 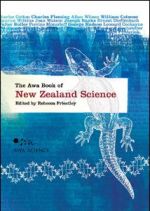 New Zealand's first science anthology will be launched this week and Veronika Meduna talks to its editor, science historian and writer Rebecca Priestley. The Awa Book of New Zealand Science is a collection of 50 writings by some of the country's most outstanding scientists, including well-known names such as New Zealand's first Nobel laureate Ernest Rutherford and the infamous ornithologist Walter Buller as well as quieter voices such as Buller's contemporary Richard Henry, whose legacy lives on in a kakapo by the same name, and controversial figures such as psychologist John Money.

According to satellite data, the Arctic is losing its old, thick ice faster than in previous years. The loss has continued since the end of the Arctic summer last month, despite cold weather across the Northern Hemisphere. Deutsche Welle's Irene Quaile joins scientists and students from the European Climate Change College on a trip to Mount McKinley in Alaska to investigate the role of permafrost soil as a source of the greenhouse gas methane.