Our Changing World for Thursday 3 April 2008

Dacia Herbulock visits the Otago peninsula to find out about the impact tourism is having on endangered yellow-eyed penguins. She talks to conservation biologist Phil Seddon and PhD student Ursula Ellenberg about their research, showing increasing stress levels and diminishing chick survival among birds on a popular penguin-watching beach. 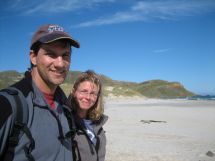 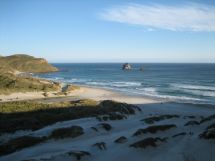 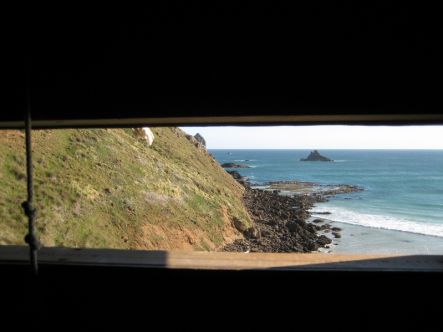 View from the hide of the steep hill the penguins climb to reach their nests.

A recent rise in the popularity of shark fin soup is compounding concerns about the world's shark population.

The Ministry of Fisheries development of a draft National Plan of Action is part of a worldwide movement to improve the management of sharks.

A collaborative shark tagging programme between NIWA, the Department of Conservation and US scientists is generating some surprising findings.

Four great whites tagged in southern waters were monitored for nine months, after which their tags floated to the service and sent an email, via satellite, to the scientists. The email reports the temperature, depth and location of the shark for those nine months.

Amelia meets with Malcolm Francis and Michael Manning at a NIWA laboratory to talk about the findings and gets a first hand lesson in shark anatomy.