Our Changing World for Thursday 15 November 2007

Pointing a telescope at the sun is usually a very bad idea. But with a special filter that lets less than one ten thousandth of a percent of the light through, astronomers can stare to their hearts' content at a clear image of the sun's surface. On a recent cloudless day, Dacia Herbulock met up with two solar observers out in their front yards. Euan Mason and Pauline Loader are both active members of the Royal Astronomical Society of NZ's Aurora and Solar Section. They've dedicated years to tracking sunspots and recording changing solar activity. 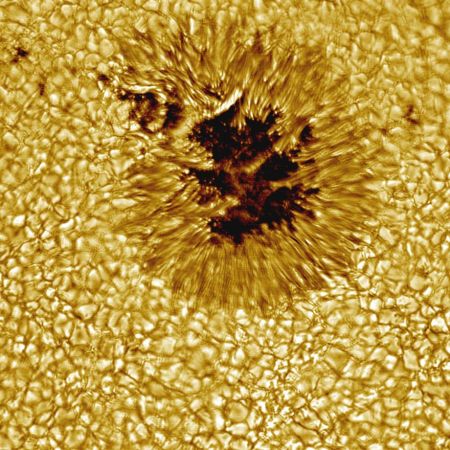 Tree ring: A ring in a cross section of a tree from one year's growth. Gretel Boswijk is director of the University of Auckland's Tree Ring Laboratory, where everything they study is through the lens of tree rings. Amelia Nurse visited the lab to talk to Gretel about the calibration of the Southern Hemisphere tree ring chronology and a new area of study - investigating what tree rings can reveal about colonial-era buildings.

Later the same afternoon, Gretel takes Amelia to an urban archaeological site - the former Carlaw Park, where Hans Dieter Bader is excavating the remains of a late 19th century Chinese home and market gardens. He shows Amelia features of the site and explains how his work is giving voice to a silent group in history.

New Zealand's first Health Promotion and Policy Research Unit was launched at the beginning of November at the University of Otago, Wellington. This organisation will foster excellence in research into health promotion and public health policy. Louise Wallace speaks with centre directors Richard Edwards and Louise Signal.