Paul Henry's use of the retarded label to describe Susan Boyle sparked many complaints to the Broadcasting Standards Authority. In a majority decision, the BSA found Henry's comments had breached standards of decency and good taste. But it went even further. And according to the Equal Employment Opportunities Commissioner Judy McGregor, herself a former member of the BSA. that's significant.

Brooke Haverkort might be a teenager, but she's still riding a trike. That's cool. It's keeping her mobile and making her the envy of her schoolmates. And it's all thanks to her trike designer dad, Chris. Now, according to him, Brooke's been able to stay riding, thanks to her early years with Conductive Education. In Auckland, that programme is run out of Iris, a disability support agency owned by the Cerebral Palsy society. And in my visit to Iris, I come on a new generation finding their feet… 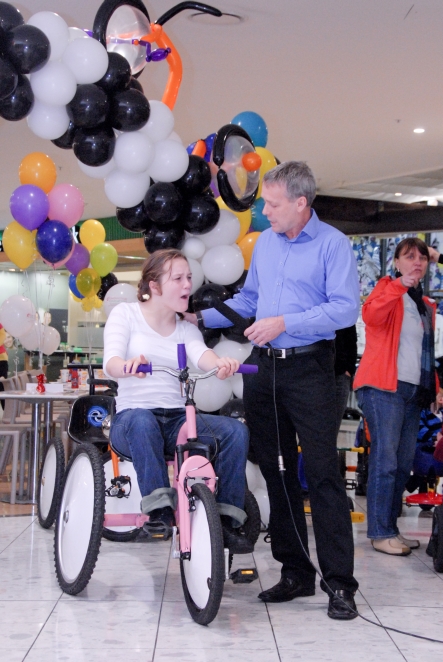