Sitting out in front of Wellington's main railway station, I'm about to set off on an intrepid journey. Well, heading away to the slopes at Turoa ski field might not seem that intrepid to most. But if like me it's been thirty odd years since you've taken to the slopes of a mountain during ski season, let alone tried snowboarding - then believe me when I say I'm a little apprehensive…Put it this way - I'm an old dog and this is a new trick.

Luckily I'm being helped on my way - literally and figuratively - by one of this country's foremost adaptive snowboard instructors, Bob Williams. We're driving up country, making a couple of stops along the way to put on what Bob calls 'give it a gander' days. A chance for disabled people to see for themselves what adaptive equipment is on hand to make snowsports more accessible. 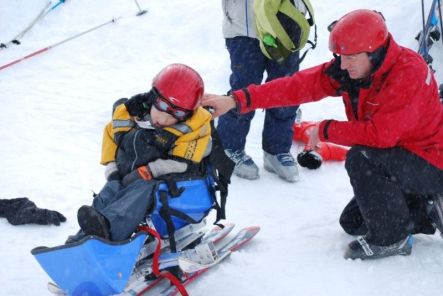 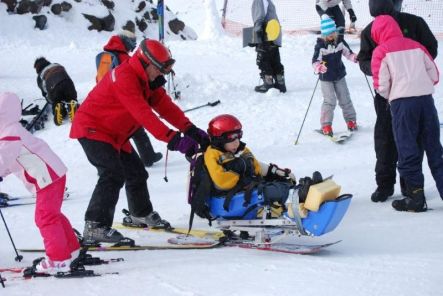 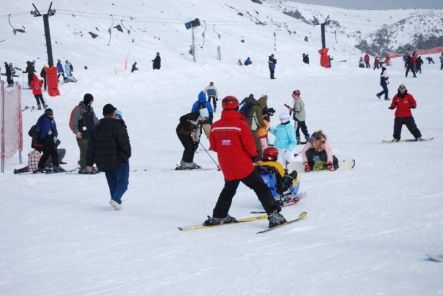 Adaptive snow sports instructor Bob Williams and first time Bi-skier Max do the business on Turoa's alpine meadow. The outing was prompted by the Give it a Gander day in Wanganui, as featured in One in Five.