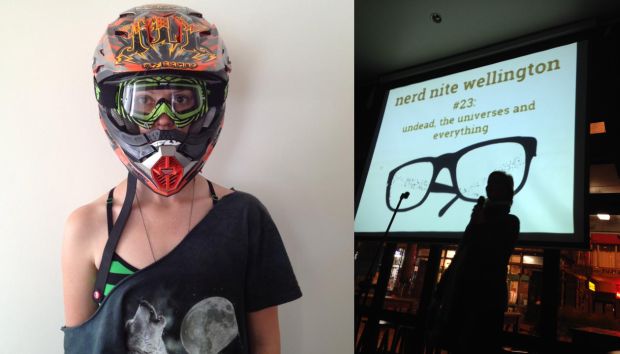 Aimee Whitcroft is a self-confessed nerd who says that her love and curiosity and thirst for knowledge and learning, led her to start the first Nerd Nite in the Southern Hemisphere. Nerd Nite is part of a global community with events taking place in around 80 countries world-wide, and for Aimee, establishing one in New Zealand was a way for her to facilitate a desire for increased shared knowledge within the community. The event is all about providing interesting and unusual perspectives on the practical and impractical, presented by those who are either obsessed with a particular topic or are experts in their chosen field.