The history and future of Antarctica

A century ago celebrated Norwegian explorer Roald Amundsen and British Royal Navy officer,  Captain Robert Falcon Scott were locked in a race to be the first to reach the South Pole.

When Scott finally reached the pole on the 17th of January 1912, it was to find his rival had made it 33 days earlier - as well as the Norwegian's black marker flag, Amundsen had even left Scott a note to deliver to the King of Norway in case he did not return.

On their return journey, Scott and his four team mates all died from exhaustion, starvation and extreme cold.

New Zealand was the launching pad for the polar heroics – being the closest country to Antarctica – and the tragic news that Scott had perished was delivered to the world from New Zealand. Since then this country has played a key role in Antarctica – Scott Base was set up in 1957.

Kathryn Ryan spoke to the chief executive of Antarctica New Zealand, Lou Sanson about the history and future of Antarctica, including that historic polar race 100 years ago and the role New Zealand played. 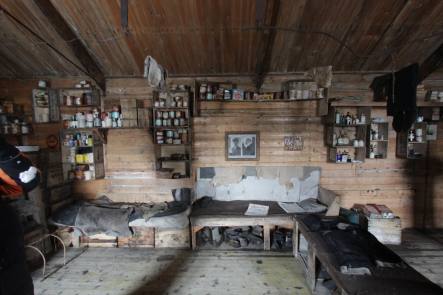