Dr Tim Haskell is a distinguished scientist with Industrial Research Limited  -  and until recently was chief advisor to the Minister of Foreign Affairs and Trade on Antarctic environmental matters. He has also been awarded both the Antarctic Medal and the Royal Society of New Zealand’s Hector Medal for physical sciences for his work in Antarctica.

Key to Dr Haskell's research is the sea ice programme - which is collaborative effort between several New Zealand Universities and Crown research institutes as well as overseas institutions.

Kathryn Ryan spoke to him in what is one of the original Scott Base huts. 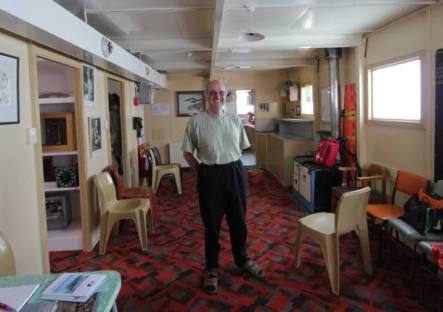 Dr Tim Haskell at Scott Base.