Christchurch author Jeffrey Paparoa Holman's memoir The Lost Pilot retraces the life of his troubled father – who survived a kamikaze mission in World War II – and how it led Jeffrey himself to meet the families of the kamikaze pilots killed that fateful day.

The Lost Pilot
Published by Penguin 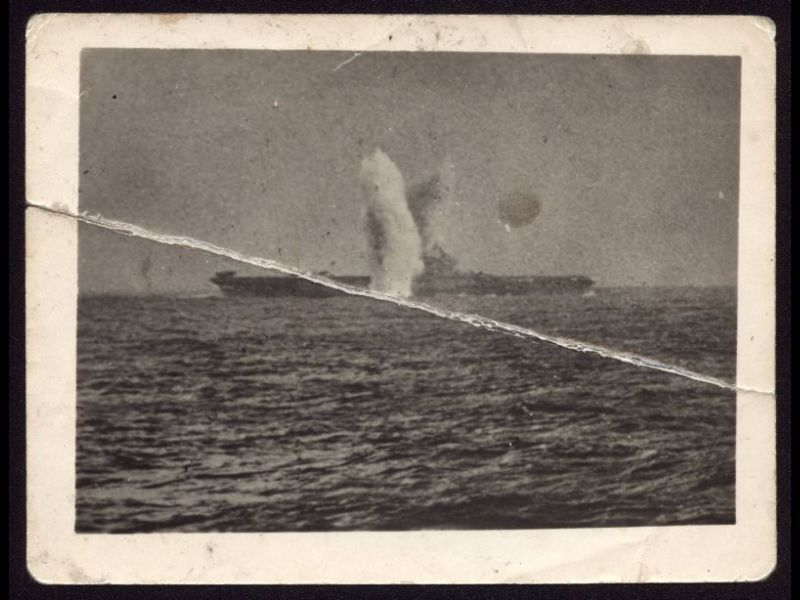 This battered old photo was the original my father had after the war and kept close to him. It shows the near-miss kamikaze attack on HMS Illustrious, on 6 April 1945 off the Sakashima Islands south of Okinawa. 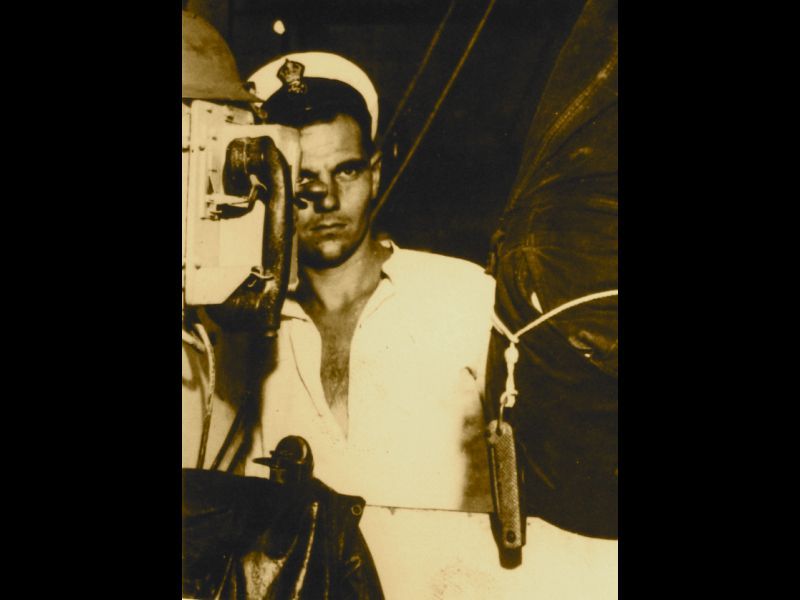 My father on duty on the signals deck of HMS Illustrious, British Pacific Fleet TF57, c.1944-45. 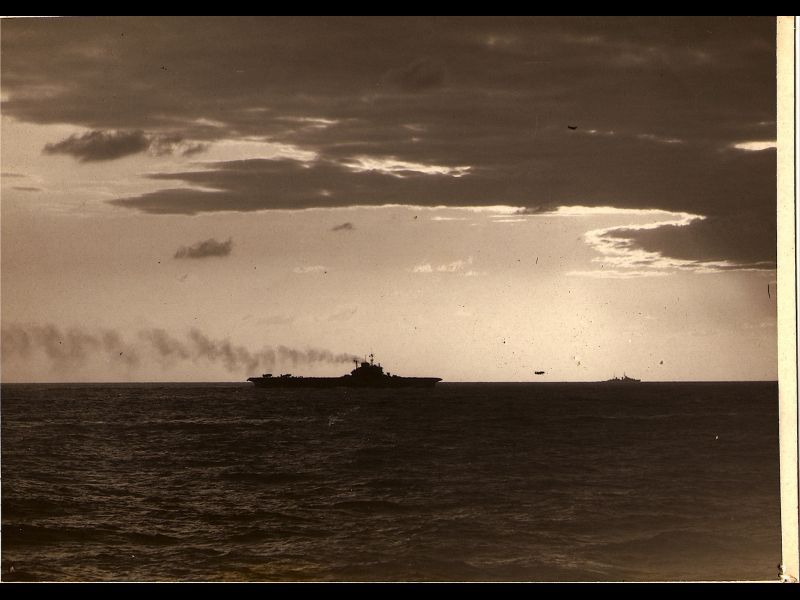 HMS Illustrious at sunset, flying aircraft off near Sumatra, 1944. 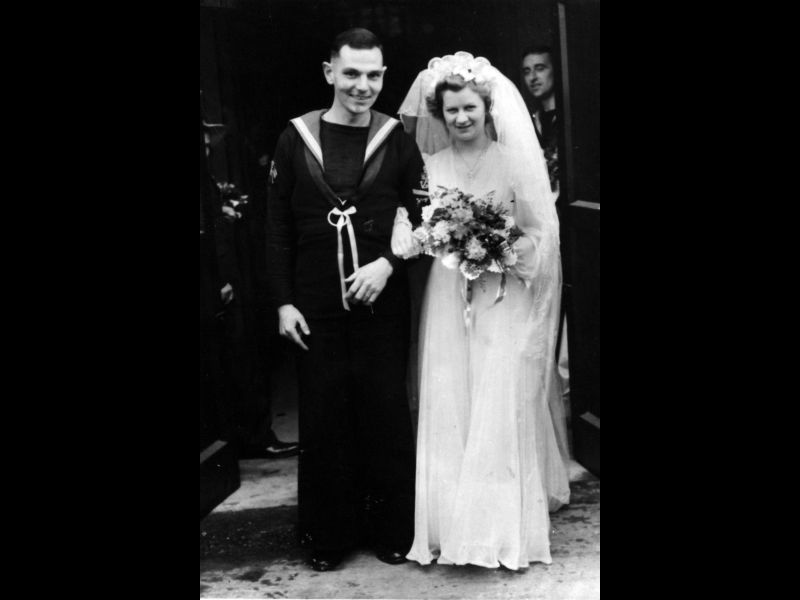 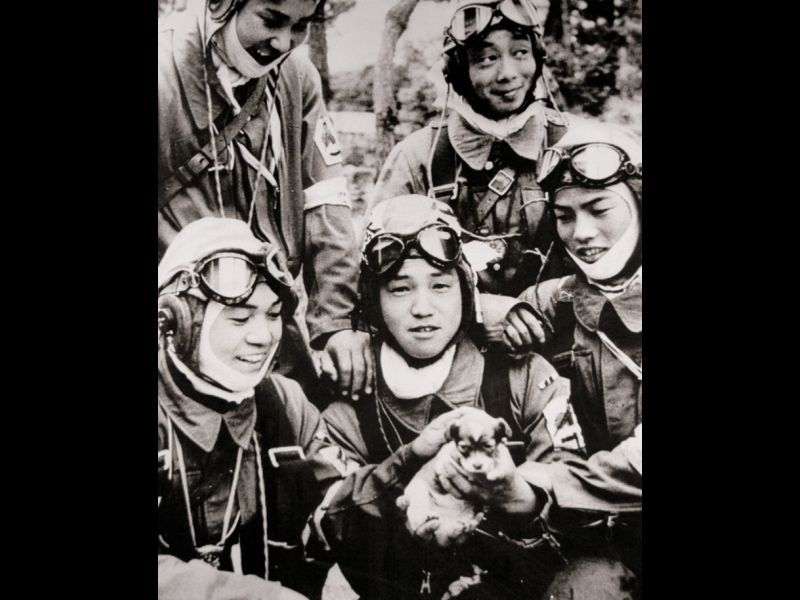 Corporal Yukio Araki (17) holding a puppy, with four other pilots of the 72nd Shinbu Squadron, Kagoshima, 26 May 1945. They all died in the next few days, the oldest just nineteen years of age. 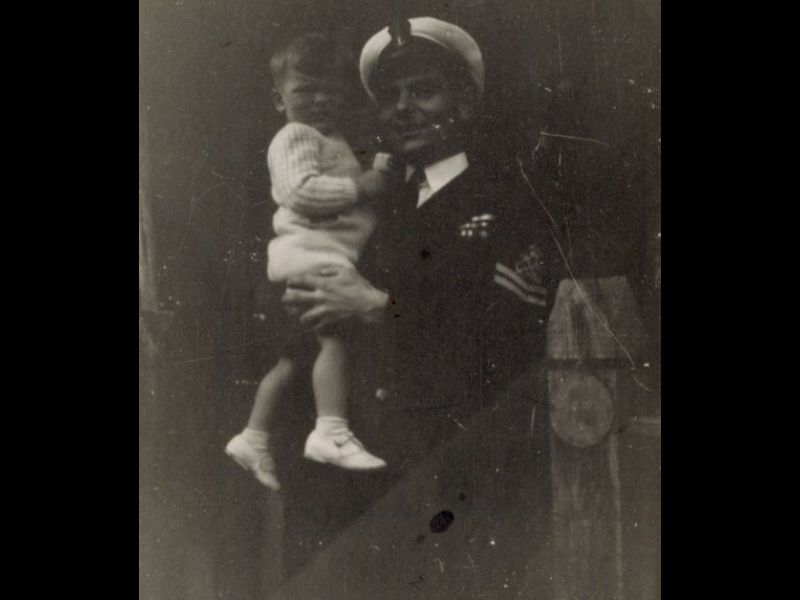 Dad saying goodbye to me outside 80 Galloway Road London, W12 before sailing off to join the RNZN in 1949. 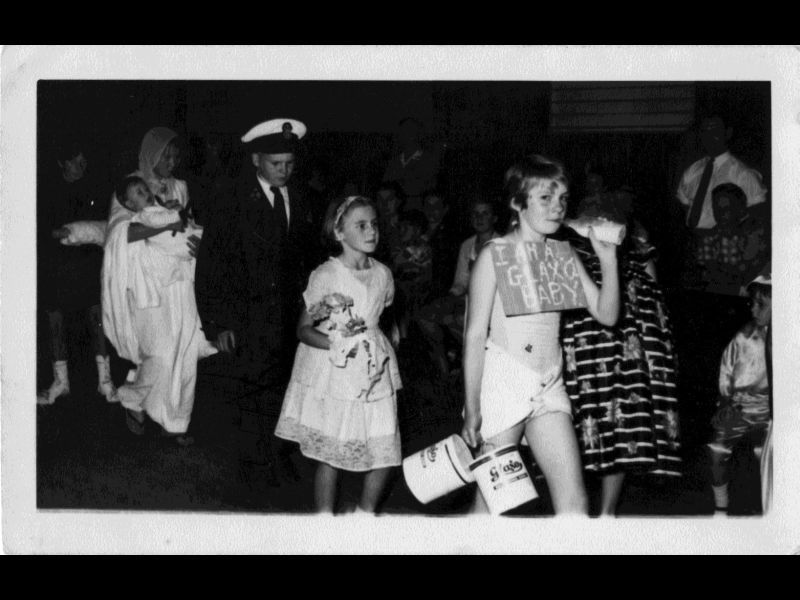 Fancy dress parade, Blackball Miners’ Hall, c.1960. I am swimming in my father’s RNZN Petty Officer’s uniform, which he kept for years after his discharge. 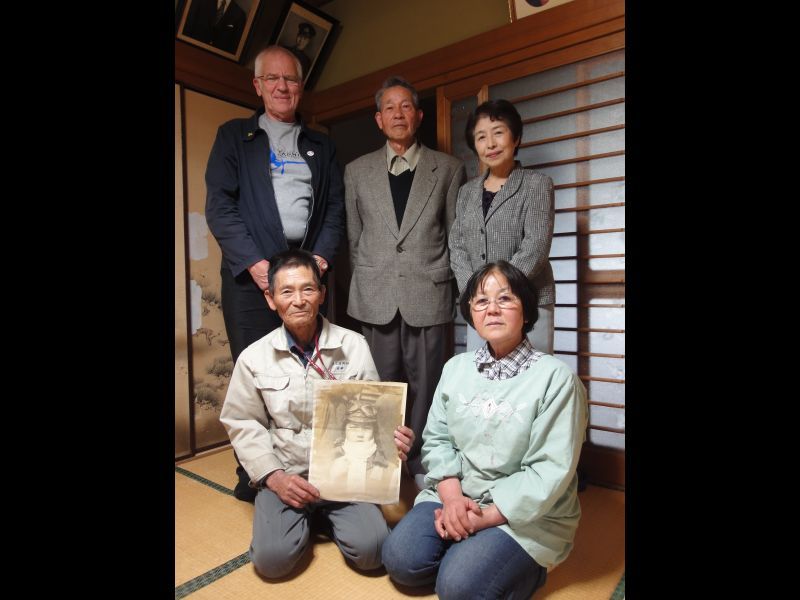 The Nagata family at Kashima-machi, Kyushu, pose with me in 2011, holding a picture of Chiharu Nagata (navigator) who died in attack on Illustrious in 1945. His brother, Teruyuki aged ten at the time, stands beside me with his wife Shizuko and his nephew Hideharu and his wife Tsuyako (kneeling). 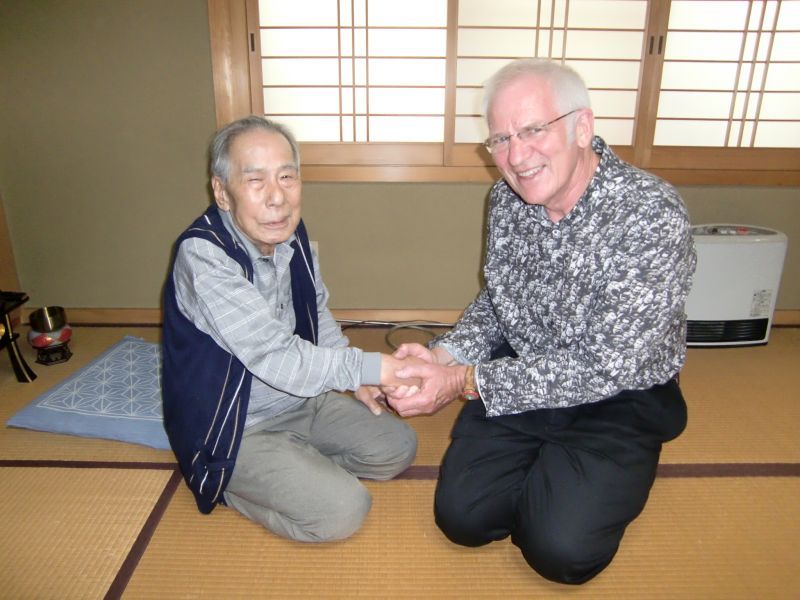 Yoshiaki Nishida greets me in Osaka in May 2011. His brother, Hisashi (navigator) died in the attack on Illustrious when Yoshiaki was twelve years old. Sadly, he died in November 2011, six months after my visit.