Outdoorsman and adventurer Kennedy Warne has recently returned from two weeks in Kiribati. This week he continues his discussion on the Pacific nation, which is one of the countries most vulnerable to sea-level rise. 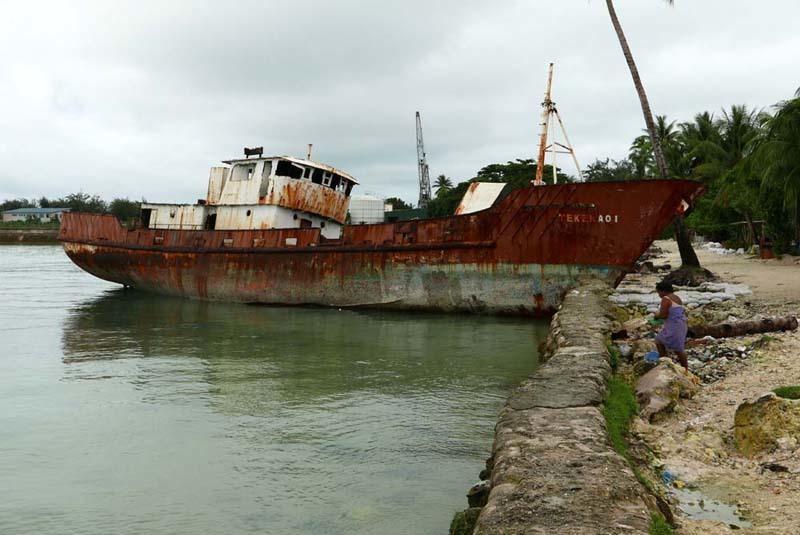 The February 2015 king tide lifted a shipwreck off the reef at Betio and pushed it ashore, where it pierced a seawall. 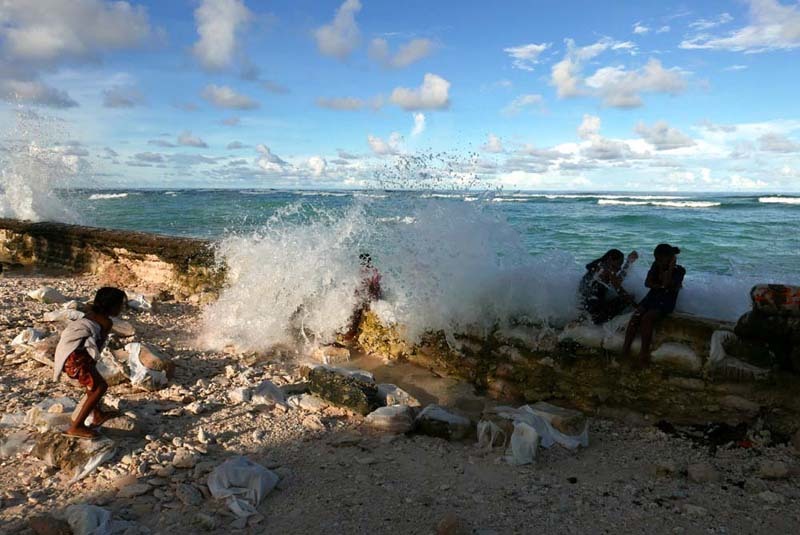 High tide sends waves over the top of seawalls in Temwaiku, South Tarawa. 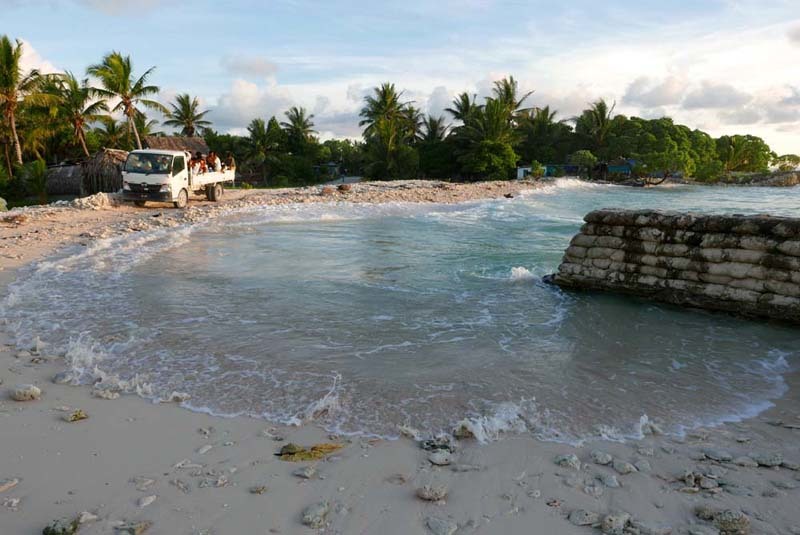 Breached seawall at Temwaiku, South Tarawa, allows the sea to swamp the road at high tides. 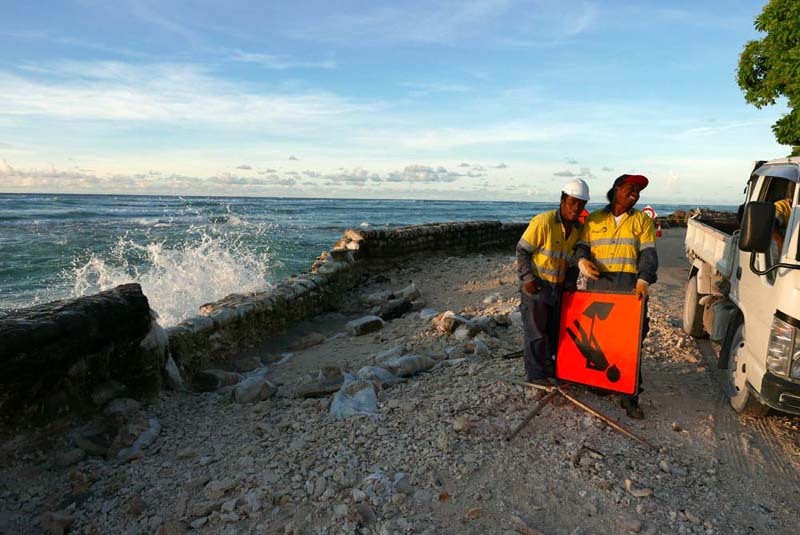 Seawalls are constantly being breached, and repaired. 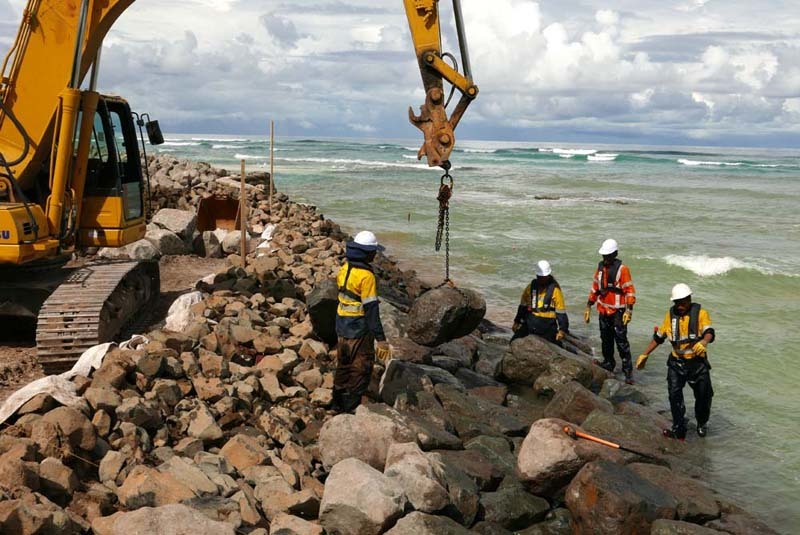 Workers construct a new seawall at the eastern end of South Tarawa. 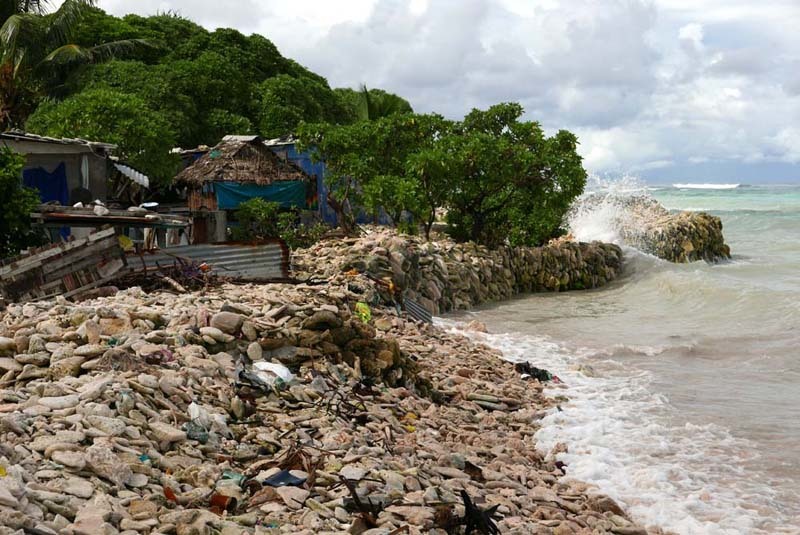 On the ocean coast of South Tarawa, DIY seawalls made from coral blocks take a pounding even on calm days. 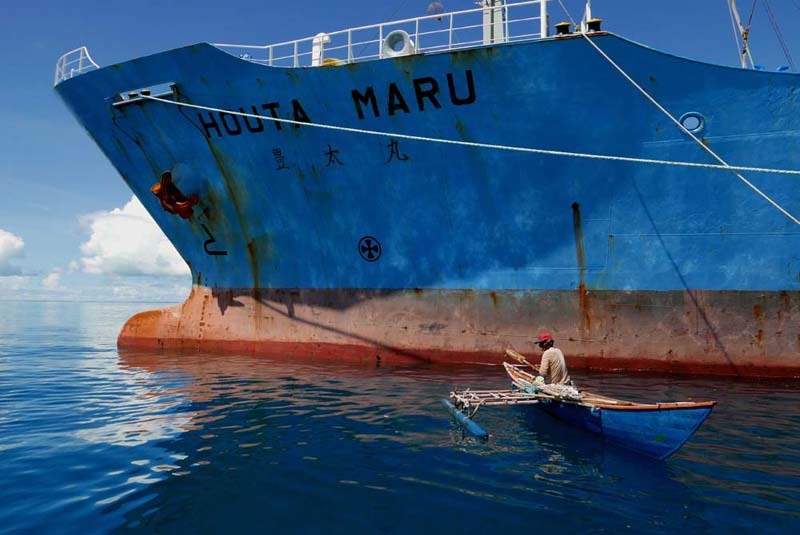 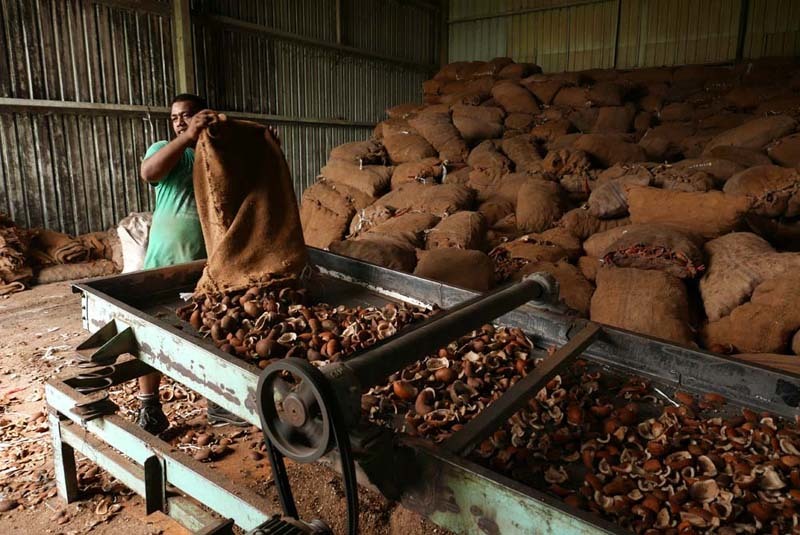 Copra is one of the few cash crops that outer islands can produce. Here it is processed in Betio, South Tarawa. 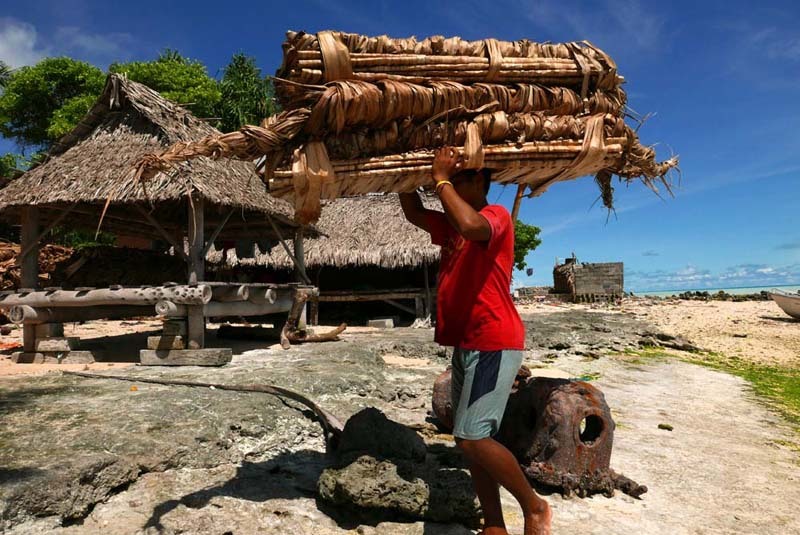 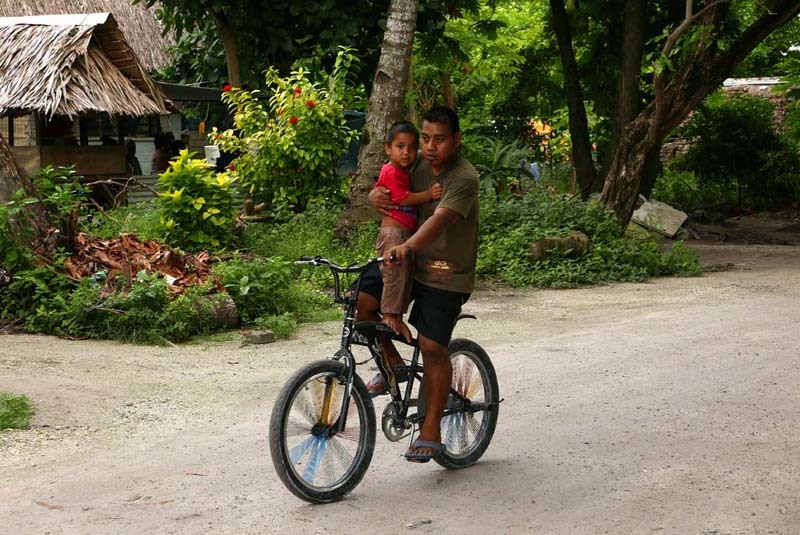 Back streets of South Tarawa. 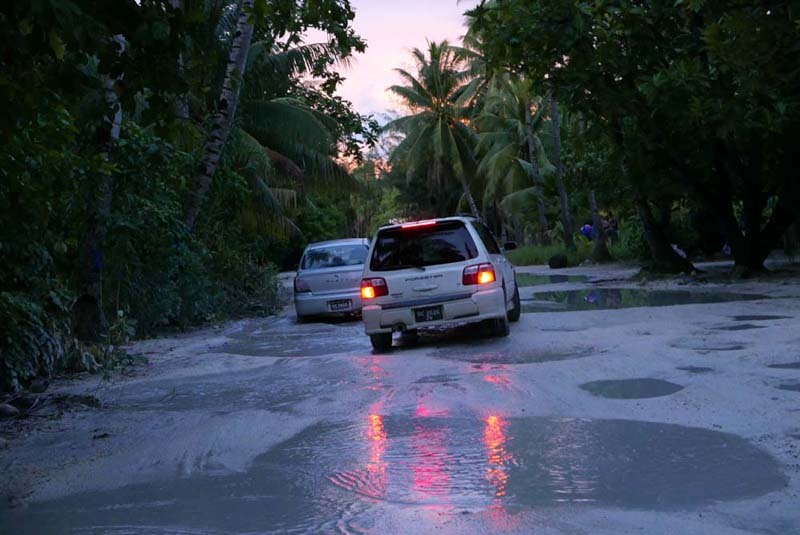 Road maintenance is a never-ending problem on South Tarawa during the rainy season. NZ company McConnell Dowell is part-way through a road-sealing project. 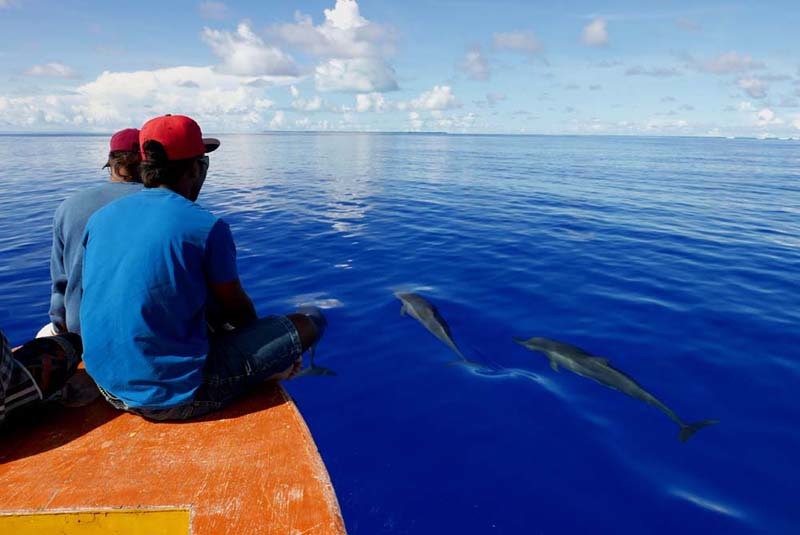 Spinner dolphins join our boat during a trip to Abaiang atoll. 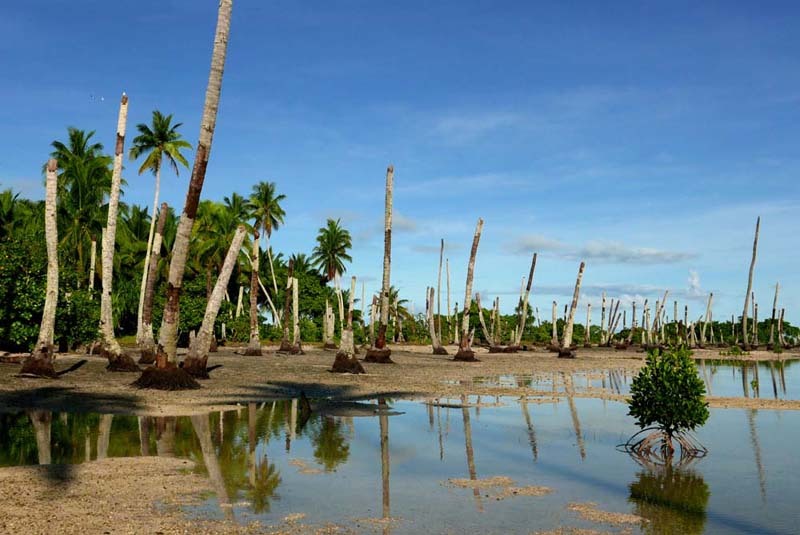 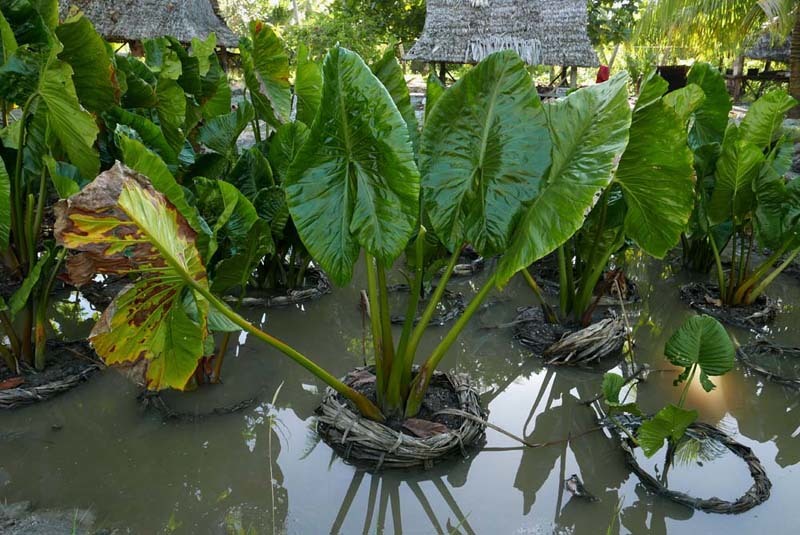 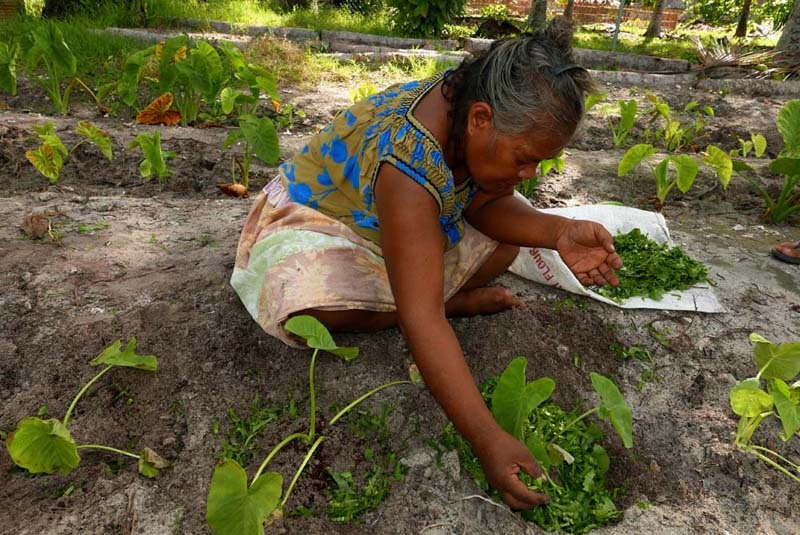 Makurita Teakin mulches taro in a community garden on Abaiang. 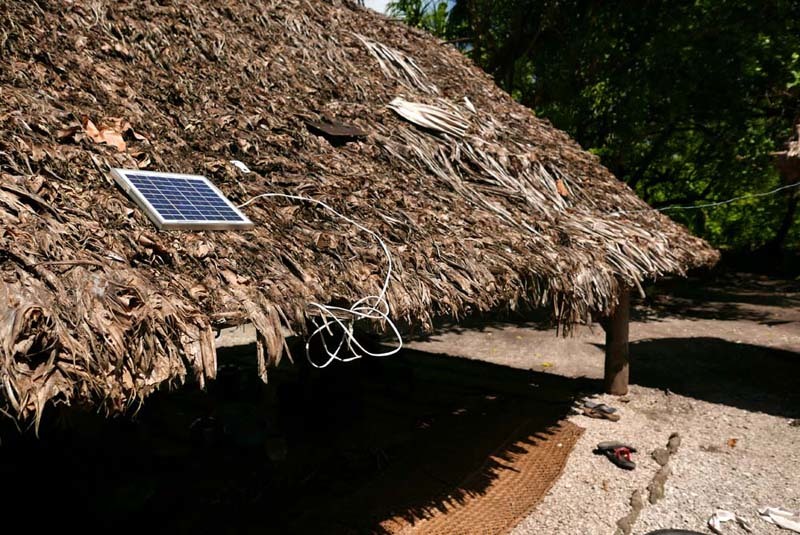 Abaiang atoll is powered exclusively by solar energy. Every home has one or more panels. 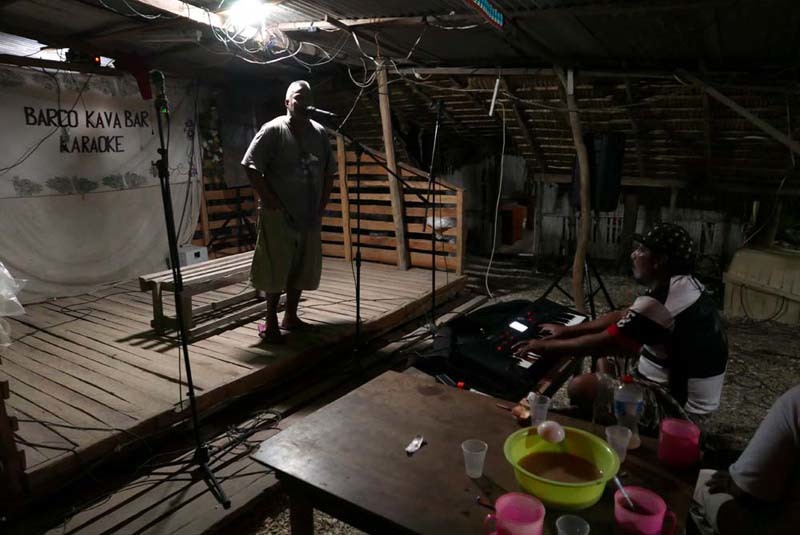 Kava bar on Abaiang atoll. Kava is hugely popular among men in Kiribati, and the bars are full every night. 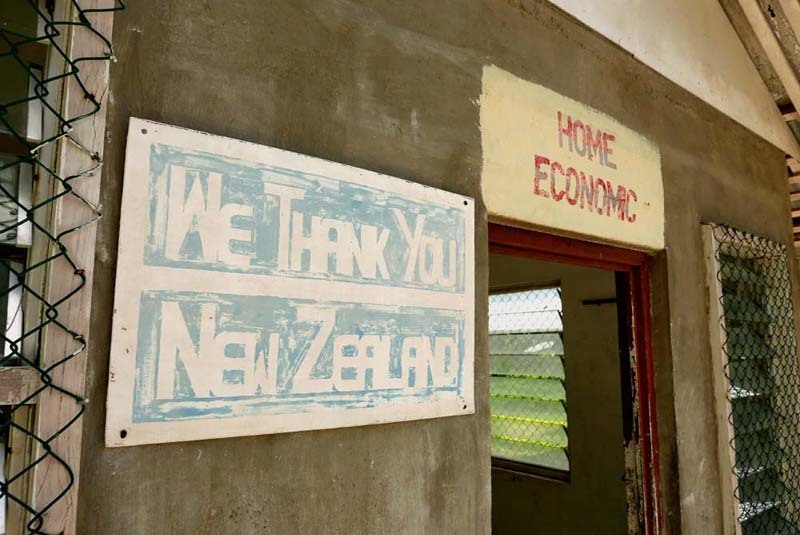 Thank-you note on a classroom at St Joseph's College, Abaiang. 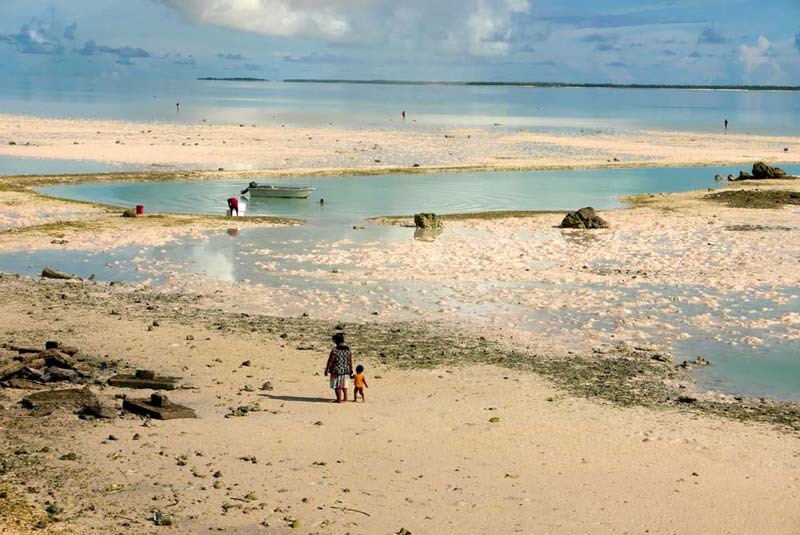 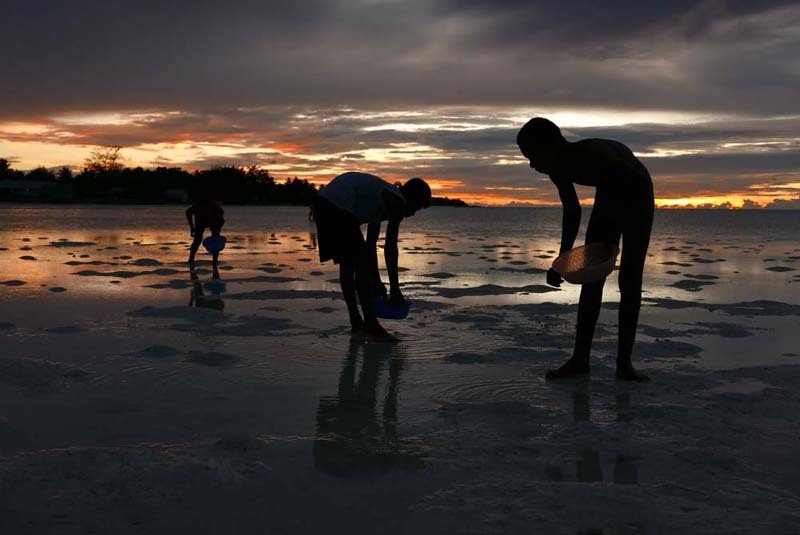 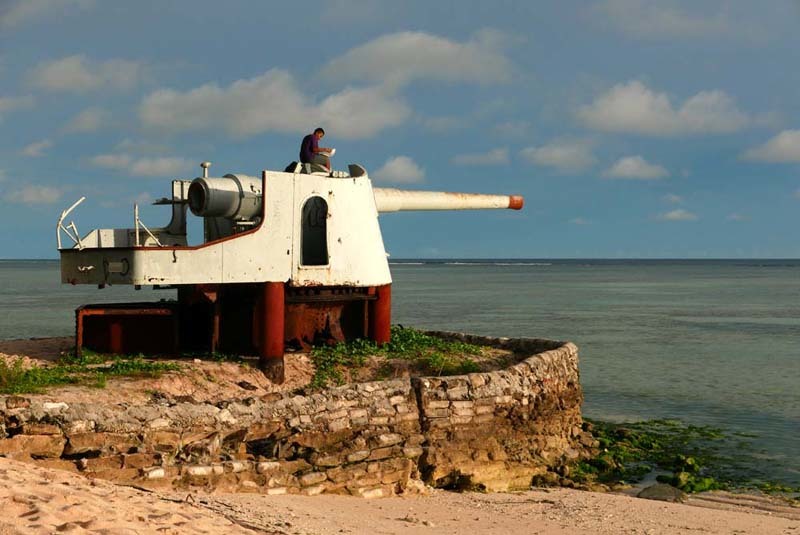 A boy finds a quiet spot on busy Betio to do his homework. The gun dates from the Japanese occupation of Tarawa. 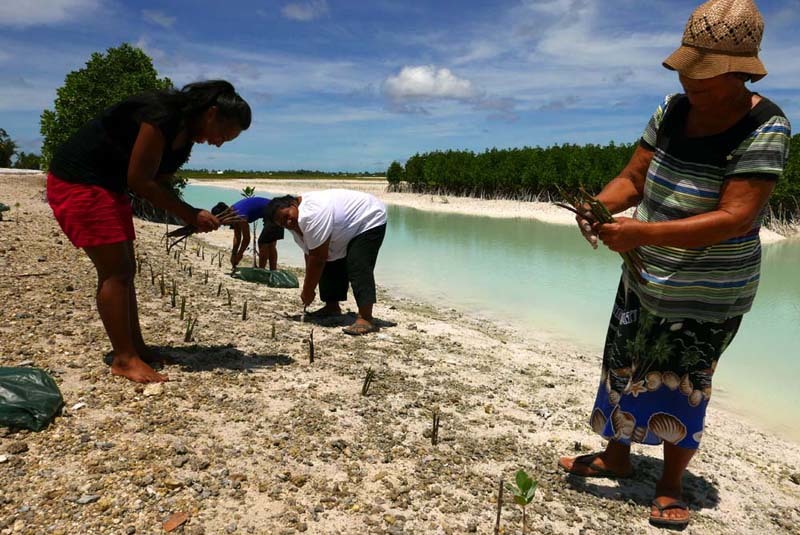 Women plant mangrove seedlings on the edge of Tarawa lagoon.