Is work taking over our lives?

For the last three decades anthropologist James Suzman has been documenting the encounter between the world's most enduring hunter gatherer population - the Ju/'hoansi Bushmen of the Kalahari in eastern Namibia - and the relentlessly expanding global economy.

In this traditional society, he says, people rarely worked more than a couple of hours a day, leaving plenty of time for relaxation, experimentation and play.

His new book Work: A History of How We Spend Our Time, argues that while humans are naturally drawn to work, our modern-day work habits are the product of an obsession with the economics of scarcity. 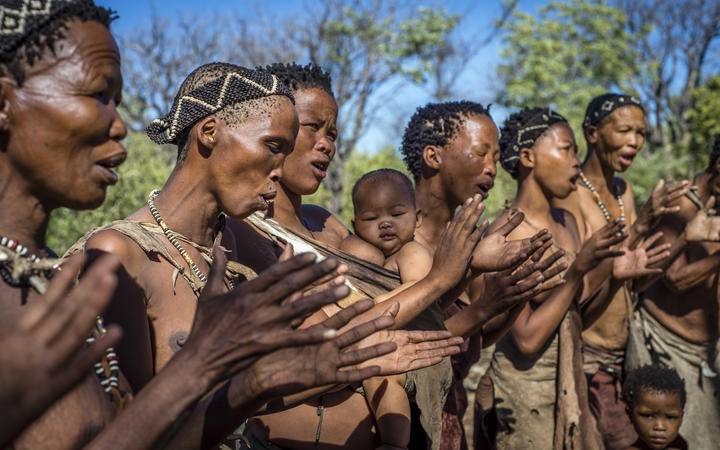 The Ju/'hoansi are famous in anthropology because of a series of studies that took place in the 1960s when they were still free to hunt and gather, and still retained control over considerable amounts of their traditional land, Suzman says.

Assumptions about their life were soon overturned.

“We found not only were they better nourished than most people were in western Europe at the time, they managed to feed themselves and their families and their dependants on the basis of working only two or three hours a day.”

This hunter gatherer way of life was the norm for humans until relatively recently, he says.

“It is easy to forget homo sapiens have been around for at least 300,000 years we think now, and for 290,000 of those years everybody was a hunter gatherer.”

It was a way of life characterised by abundance, rather than scarcity, he says. That way of living changed once we started to cultivate land.

“You open up any economics book and it will say economics is the science of scarcity, and the reason things are scarce is because all of humans have infinite desires and limited means and therefore we develop economic systems to share stuff about.”

And so, a sharing economy developed.

“It was like living in a massive supermarket where everything’s free.”

By wanting little, and being able to secure those wants easily, they were able to enjoy a form of affluence, Suzman says.

It was a philosophy based on the idea that the environment was eternally provident, and so competition was viewed with suspicion among these societies.

The agricultural revolution upended that philosophy, he says, and laid the foundation of modern capitalism.

“People suddenly found themselves nurturing crops and being sucked into agriculture.”

It was much more productive than hunting and gathering, the energy yield from the land, even with early forms of wheat, was greater.

“But to do that, you had to work an awful lot harder.”

“Hunter gatherer societies tended to live well within the carrying capacity of their land.

“Farming societies always rose to the maximum carrying capacity of the land so there was a constant problem with scarcity.”

And cultivation made food supply more precarious, in places like Southern Africa, he says.

“The Kalahari Desert looks like a bleak and tough environment but the Ju/’hoansi depend on more than 100 different plants for sources of food in addition to regularly hunting 30 or 40 species of wild animal.”

This meant that whether drought or flood, there were different species of plant and animal that thrived, offering a kind of food insurance.

“Farming on the other hand, and in particular early archaic farming societies dependant on two or three different crops, depended on very specific rainfall.

“They always lived effectively a blight, a flood, a frost or any other kind of disaster away from famines. So, scarcity assumed this huge conceptual value in farming societies.”

And the way to deal with scarcity, and the risk of future famine, was to create surpluses, Suzman says.

“Within agricultural societies the production and control of surpluses became the stuff of life.”

The essential infrastructure of all our core economic beliefs and values stems from farming, he says.

Indeed, the word ‘capital’ comes from the Latin word for cattle.

And now in an era of unprecedented abundance, the notion of scarcity still persists, he says.

“Two hundred years ago most people still worked the land, now we are fed by the 1 percent of us that work the land and we are fed so well, we end up with as much food in waste piles or being lost in the pipeline as we do actually consume a year.

“We are no longer in an economy defined by scarcity and a huge irony is that we have all these economic institutions based on the principle of scarcity, in the meantime we also have huge industries whose very existence is based on persuading us things are scarce.” 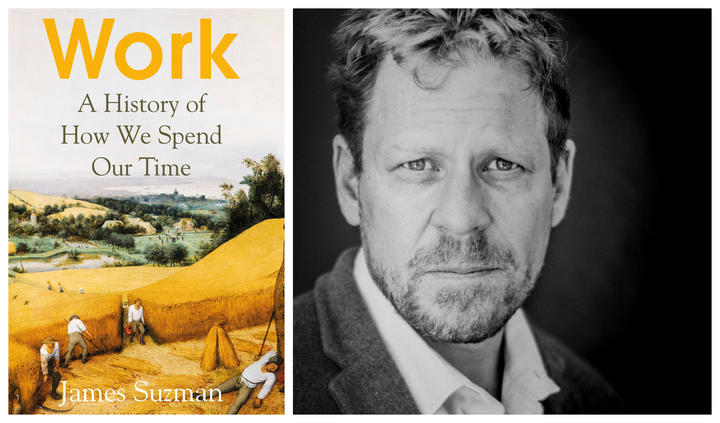 So, what can we learn today from forager societies?

Suzman says the dividends of exponential gains in productivity have not given us a more leisurely life.

In the 1930s, J.M. Keynes predicted that these huge gains in productivity would lead to us working a 15 hour week, but we are working as hard as ever, he says.

Keynes put one caveat in his essay which was our instinct to work, Suzman says.

He believed like many good economists that his problem of scarcity was a universal thing, that we were absolutely tied to work as part of our genetic inheritance.

“We now know he was wrong, for most of human history people probably weren’t as obsessed with scarcity as we are now.”

But culture is a stubborn part of our make-up, he says.

“We are cultural creatures, we take on what we’ve learned, we take on knowledge, this is why we hang on to symbols, onto aphorisms like hard work is good and so on.

“And of course, we have an entire financial monetary system based around the economic principles of scarcity, and dismantling those systems is a very, very difficult thing to do.”

This scarcity “fetish” distorts our notion of value, he says.

“When you are living in an economy that is abundant as ours, is as productive as ours, what you end up with is a system where our brightest and our best are persuaded to become derivative traders rather than epidemiologists or nurses.

“There is a real disjuncture between what constitutes value and the way monetary value is apportioned in a system based on scarcity.”

These “convolutions” mean certain work - running a household or caring for family members - is ignored while other activities are rewarded at “astronomical levels”.

He believes we are not naturally super hierarchical creatures.

“Because for lots of human history fiercely egalitarian.

“This fetishization of scarcity produces these distortions which are often at odds with our day to day values.”

Most fundamental shifts in human society are the result of external shocks, he says. The current pandemic may well be one.

“Moments like this are called plastic hours… moments in history when things seem malleable and changeable.

“In the last year we’ve had a momentous experiment in home working, in the preceding five years [there was] lots of talk but few employers were willing because there was this kind of mantra that it would turn us all into a bunch of wasteful, unproductive moochers, sitting in our underpants doing nothing.

“This great shibboleth, this great idea, that we all work best in open-plan purgatories staring eye-to eye with one another… we’ve actually realised we can be pretty productive working from home a lot of the time.”

The Holy Cow of working life has changed, he says.

“Once you break one Holy Cow, people begin to start thinking about other ones.”

This can be seen in the momentum growing for a four-day week and a universal basic income, he says.

And we might well regard the hunter gatherers of Southern Africa as a more successful society than our own, according to Suzman.

“They’ve been there since the first evolution of homo sapiens and they’ve lived in that same landscape without fundamentally altering it.

“They’ve sustained within that landscape for 300,000 years and if you measure the value of a civilisation by its endurance over time then this is the most successful civilisation of all of human history.