Hiakai is the book Monique wished she had when she was delving into Māori culinary history and the potential of indigenous ingredients, she tells Kathryn Ryan.

"I basically wrote a book that I wanted to read and hoped that other people might be interested in it." 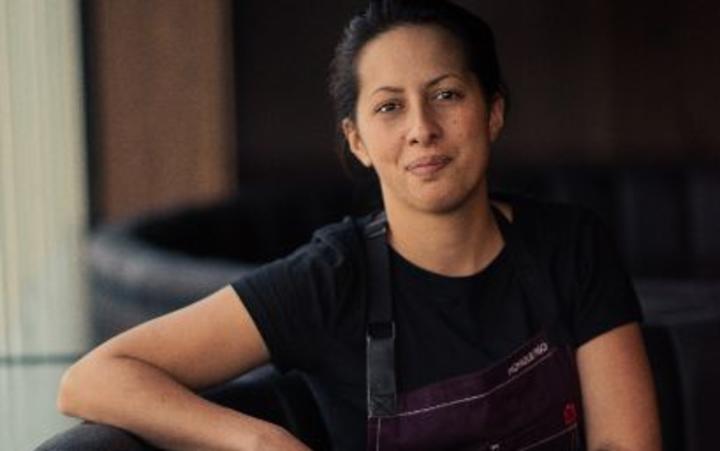 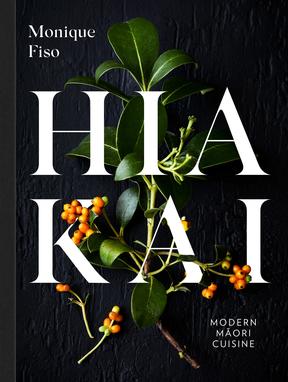 Monique Fiso grew up in Wellington, honed her culinary skills in New York and has starred in shows on Netflix and the National Geographic channel.

One of Monique's favourite indigenous ingredients – kawakawa – is readily available all around the country.

At Hiakai, the kawakawa leaves are blanched – "a fancy term for putting them in hot water and then putting them in cold water" – then blended to make sorbets or ice-creams.

This shrub has a refreshing taste which works well in both savoury and sweet dishes, Monique says.

"It's got a really delicious basil-meets-peppermint flavour and it's got an interesting tingliness to it, almost in a similar way to clove."

The citrusy leaves of the tarata – aka lemonwood – tree are another of her favourite ingredients.

"It's a really citrusy bright... palate-cleanser."

Not many ingredients in Māori cuisine are ready to use straight off the tree and most require infusion or dehydration, Monique says.

The Hiakai team discovered this with red matipo - a common shrub with a red stem, thick glossy leaves and a crisp apple flavour.

They first tried dehydrating the leaves and blending them into a powder but the flavour wasn't coming through.

Then by chance, they had an idea of adding some fresh branches to a batch of simple syrup (sugar and water) and letting it sit for a week.

"When we came back the syrup had taken on an apple flavour and it had gone from being a light syrup to quite thick. We took that and turned it into sorbet."

Hiakai staff are all trained in the correct way to forage for ingredients and a lot of effort goes into getting everything together.

It's exciting discovering the possibilities of Māori ingredients for the first time, but it must always comes back to 'does it taste good?', Monique says.

"It definitely tests the team's ability and makes them stronger in their roles."