What is Maths good for? Wunderkind Stefan Buijsman

Mathematics underpins modern life but not many of us comprehend its relevance and power, says Stefan Buijsman who got his PhD in the philosophy of mathematics aged 20.

In his new book Plusses and Minusses, Buijsman encourages people to think of maths as a tool that makes our world more manageable but is still at the mercy of human fallibility. 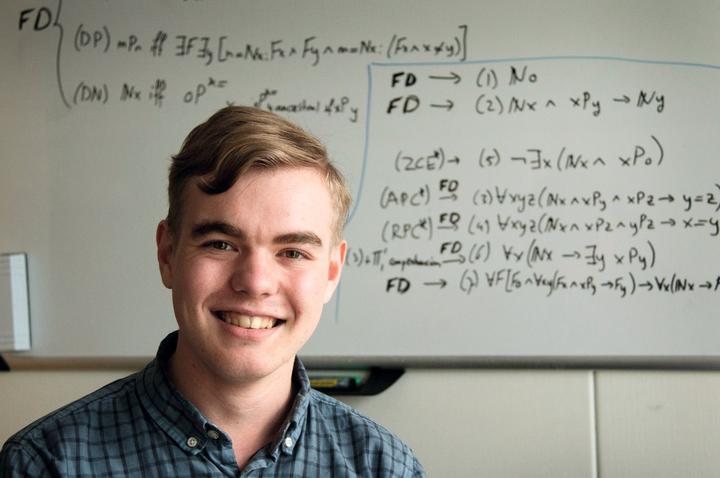 Around the world, a handful of communities still don't seem to have the need for numbers or counting – primarily in the Amazon and Aboriginal Australia – but a maths-free life only works for a small group of people, Buijsman tells Kathryn Ryan.

Most of us use mathematically-based tools every day.

Graph theory investigates networks and orders them on the basis of importance so when the internet emerged – one big network made up of countless interconnecting smaller ones – it was graph theory's time to shine.

But alas while mathematics makes sense of the internet, it can't make sense on it. Buijsman says.

Graph theory can only look at our existing online behaviour and mimic it, so as long as people engage with clickbait, people will be shown clickbait.

"Sometimes [mathematics] is used as an excuse to not be held accountable for [online behaviour], but ultimately the math is just the tool and we're responsible for how we're using it.

"Algorithms should not be an excuse to hide behind. Someone chose to make the algorithms in that way.

"The problem here is really with us, the way we act and it's only something that you can solve with human action so far. It's not something that the math will be able to sort because the math ultimately is too dumb."

Although Buijsman is now an expert in mathematical philosophy, he tells Kathryn Ryan he was very far from a maths prodigy at high school in the Netherlands.

Mathematics was presented as a matter of doing sums, solving problems and getting the right answers – and not given context, he says.

"No-one really explained, to me at least, what the idea was behind what we were doing. No one came to us to say 'we're doing statistics because we want to understand uncertainty and make decisions and know what our options are.'

"That would be good to do in education, to focus not just on the actual calculating and actual formulas but look at the ideas behind the mathematics … and engage students in that way."

When you look at ideas behind maths, it becomes a lot more interesting and relevant, Buijsman says.

"If you see mathematics from a slightly further distance, rather than getting caught up in formulas, you see it's just a tool. These numbers you get presented with aren't as objective or showstopping as they look like.

"We should ask 'where do those numbers come from? What did someone do to get them? Why are they being presented here?'

"It's not always this perfect show of clarity … there's just as much human input going in there and human decision-making behind the math as with anything else.

"It allows you to understand a little more of whats going on behind the scenes these days when a lot of math is being used and to allow you to think a little more critically about how people are using these methods and what's being done with it to partially determine what you see in life … what kind of information you get."