The health benefits of blackcurrants have been studied for years and now New Zealand scientists have found a 'small, but significant' improvement in sports performance. 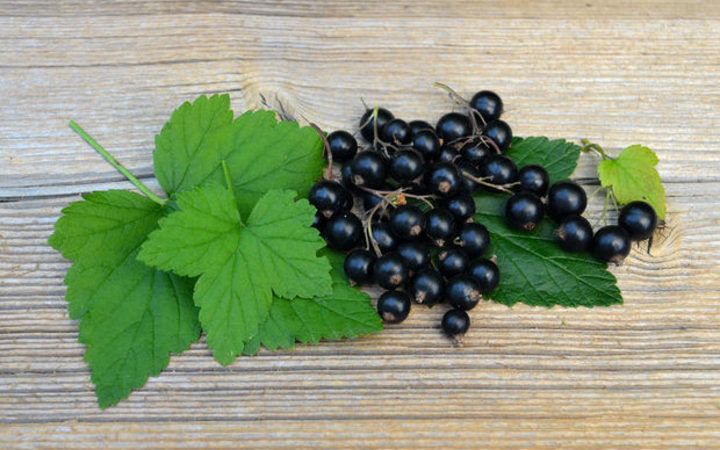 Research has indicated New Zealand blackcurrants are a consistent and reliable performance-booster, supporting the metabolism of fat and improved muscle recovery. Research has also suggested the berries contain more bio-active compounds than blackcurrants growing in other parts of the world.

A meta-analysis and systemic review of nine clinical studies has shown that consumption of ‘Adaptive New Zealand blackcurrants’ – a new brand and trademark for the berries - improved sports performances by 0.45 percent.

Dr Roger Hurst from Plant and Food Research says, although the percentage difference may seem insignificant, it could prove the difference between winning or losing for competitive professional athletes.

“It sounds really small just a 0.45 percent, but actually its quite significant in terms of sporting performance. It is the difference between different medals at the Olympics potentially,” he tells Kathryn Ryan.

The results, published in the International Journal of Sports Nutrition, were based on a statistical analysis by Plant and Food Research in partnered with  scientists at Auckland University.

“We reviewed the scientific literature and we analysed the literature we picked out in terms of performance benefits for blackcurrants,” Dr Hurst says.

“Analysing the size of the effect and the consistency of the effect. So naturally there was some variation in the studies that were done, so we looked at all of that and the benefits that were reached and that’s when we came across this 0.45 percent.

‘It demonstrates that it’s actually quiet genuine and real.”

‘Adaptive blackcurrant’ is new brand and trademark that Plant and Research and the blackcurrant industry have put together. Any product under the brand will need a certification from the industry proving it contains 100 percent New Zealand berries and a dose of the bioactive ingredients giving these benefits.

Past studies have found blackcurrants to be good source of bioactive polyphenols (500–1342 mg/100 g of total polyphenols), mostly anthocyanins. Its beneficial effects are attributed to this compound, with berries grown in New Zealand showing significant potency.

“Anthocyanins are compounds commonly found it fruits and vegetables, giving the food the nice red and purple colours you may see.”

The benefits these compounds bring are not fully understood but are linked to improved cardiovascular activity, increasing blood and oxygen flow into muscles, clearing metabolism by-products like lactic acid, hence lifting levels of endurance and muscle recovery.

“There is fairly clear data coming through that anthocyanins do relax some of the blood vessels in the body and the mechanism is likely linked to a gas called nitrite oxide, which is similar to how some of the pharmaceuticals work in that sense.

“There’s also other mechanisms or health benefits coming through in the literature around managing the stresses of exercise. The oxidized stress, the inflammatory stresses and the changes in immunity that can occur as well. There’s probably multiple prongs of evidence and mechanisms by which blackcurrant can work to improve exercise recovery and improve performance as well.”

Dr Hurst says the benefits are as relevant in the non-athletic community as they are for someone seeking Olympic gold.

The benefits of consuming blackcurrant products would also prove useful to the general population, particularly as conditions like systemic inflammation are an issue for people.

“We’ve made a comparison with caffeine with this study. Caffeine is the sort of legally-accepted and approved performance enhancer, partly natural… and actually what we’re showing with blackcurrant is you are getting an equivalent or even a better effect then caffeine.”