Rodham is a fictional memoir that begins when a young Hillary and Bill meet and fall in love at Yale University, but the couple part ways before Bill Clinton becomes Governor of Arkansas. 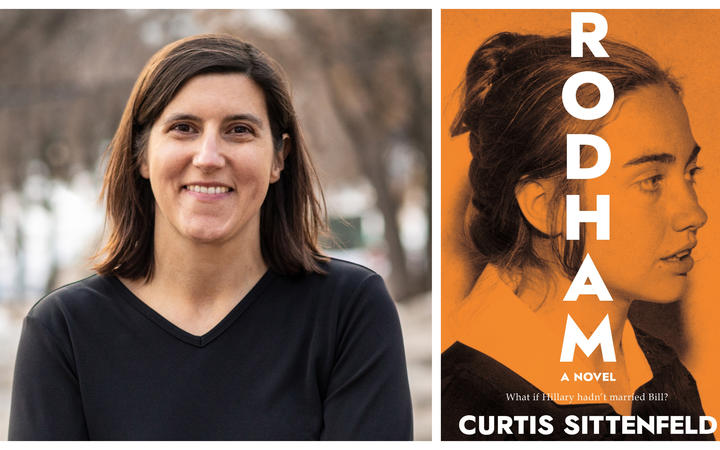 She tells Kathryn Ryan writing the book – her sixth novel - tapped into her fascination with politics, fame, and the discrepancy between our public and private selves, but is not a love letter to Hillary Clinton.

It is not the first time she has explored historical fiction, having retold the life of former first-lady Laura Bush in the 2008 novel American Wife.

Her latest novel however doesn’t follow a strict historical timeline. Instead it taps into what seems to be a popular creative device in literature and screenplays today – presenting an entirely new parallel world.

A similar literary device is employed by screenwriter David Simon in The Plot Against America, an adaptation of Philip Roth’s novel. It imagines an alternate American history on the political rise of Charles Lindbergh, an aviator-hero and xenophobic populist, who becomes president by defeating Franklin D Roosevelt and turns the nation toward fascism.

Rodham’s alternative world is much less dramatic. The author says the novel was first conceived when Hillary Clinton stood against Donald Trump for the US presidency in 2016.

Some supporters were frustrated during the election campaign that Clinton seemed politically hobbled by her marriage to Bill, unwilling to  attack Trump on his misogamy as it would leave her open to a counter-attack over her own husband’s chequered past.

“I had this kind of slow realisation especially after the election that a lot of American kids who knew she was running for president literally didn’t know Bill Clinton existed, so I wondered, if it had also been true for adults that Bill and Hillary were not seen as so connected would the election had turned out differently.”

The novel begins when the pair meet as law students and fall in love and borrows extensively from the historical record of this time, although she says creative license was used depict their more personal moments.

Instead of them getting married in 1975 Hillary leaves Arkansas as Bill starts his political career and she becomes a law professor and eventually enters politics. The novel then jumps to 2015.

“Some people have said she would never have become a senator, never have run for president if she weren’t basking in his reflected fame, but actually there were plenty of people thinking the opposite," Sittenfeld says. "They were considered equally talented and promising and ambitious when they met.

“She had already received national recognition for delivering her college commencement address by the time she was in her early 20s. So, people like to debate whether he held her back, or whether she coasted on his pedigree.”

The couple’s memoirs were used by the novelist and getting beyond the these self-perceptions was one of the challenges.

“I don’t think self-presentation is inherently false, but I did read, there’s a biography of her by the journalist Carl Bernstein called A Woman In Charge, which I found very interesting. A New York Times reporter who covered her for about 10 years wrote a memoir called Chasing Hillary by Amy Chozick… so I did think it was important to get perspectives other than the Clintons themselves.”

At the end of writing the book the novelist says her perception of Clinton remained positive. She says people sometimes forget that public figures are human like everyone else and that their complexities are common and to be expected.

“When I read the first 240 pages of his autobiography I did feel that I had fallen in love with him. I thought like, if he wanted to marry me in 1975 I would have said yes. So, I have more complex feelings about him.

“There are very significant concerns a person can feel about Bill Clinton, but I think some of that is what fiction can address - that contradictory duality in people, where the same person can have appealing and not-at-all appealing qualities. It’s not an either-or situation.”