The rapid ascent of Mohammed bin Salman to become Crown Prince and next in line to Saudi Arabia’s throne, could read like a movie plot.

From being said to have ordered the killing of journalist Jamal Khashoggi and the kidnapping of Lebanon’s prime minister, to arresting members of his own royal family and provoking an oil price war with Russia. 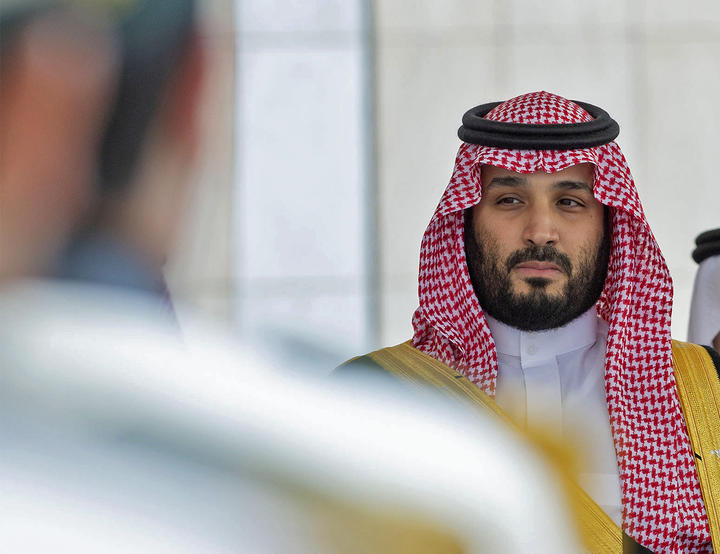 Hubbard paints a picture of a mysterious, powerful and complex man.

Mohammed bin Salman is his father’s sixth son, from one of his later wives.

Some of his older half-brothers are much more accomplished than him, one was the first Arab and first Muslim to ever go to space, one has a PhD from Oxford, says Hubbard.

“He ended up basically getting lucky. His father is the 25th son of the founder of Saudi Arabia, and it was very unlikely that he (Salman bin Abdulaziz Al Saud) would ever become King but he managed to live long enough to do it.”

“He put him as the head of the board of the Saudi oil company, he made him the defence minister; put him in charge of the military…he basically put him in charge of leading this dramatic programme of social and economic reform to try to completely transform the Kingdom of Saudi Arabia.”

There are researchers working for international intelligence agencies devoted to studying the royal family, says Hubbard.

Mohammed bin Salman never did enough to end up on the researcher’s radars before 2015, Hubbard says.

Now, every so often, Mohammed bin Salman makes a rash decision and lashes out, he says.

“This is somebody who has tremendous self-confidence, I mean even though he began his rise to power at age 29, he’s now 34…I think he does believe that he is better than other people.

“He doesn’t feel confined by the traditional ways of doing things, i think he feels perhaps like lots of 20 year olds, or people in their early thirties, like he knows better than the older generation.”

While a lot of attention has been drawn to the more far-fetched things he has done, Hubbard says Mohammed bin Salman is also interested in diversifying the economy, starting new tech sectors and he gave women the right to drive.

He has significant popularity in the Kingdom, Hubbard says.

He says for something so logistically complicated to happen without Mohammed bin Salman knowing about it or ordering it, is unlikely.

“He’s a micro-manager, he’s involved in details big and small inside of the Kingdom, and I think people just find the idea that an operation this risky and this complicated, I mean this was 15 agents who flew on two private jets owned by the Saudi government, they flew to a foreign country, landed in Istanbul, went through the airport, stayed in hotels, worked inside of the consulate, disabled the cameras. I mean, just a tremendous amount of work went into this.”

The Saudis managed to court Donald Trump from very early in his presidency, says Hubbard.

“They basically tried to figure out who this administration was, who they were interested in, they sent a delegation to Washington and New York to meet with some of Trump’s associates.

“They came back and actually wrote a report saying you know, these people are not traditional politicians, they’re deal makers, they’re business people, they’re interested in the bottom line, they don’t really know much about the Middle East, they don’t know much about Saudi Arabia…they sort of created an approach to the administration that ended up being wildly successful.”

Trump became one of the biggest defenders of the Saudis, he says.

There’s been repeated arrests of activists inside the Kingdom, which Trump has never said a word about, he says.

“Both in 2017, you had the effective kidnapping of the Lebanese prime minister who was forced to resign, which was all orchestrated by MBS, nobody said anything about that, then you also had this bizarre…episode…when the Saudi secret police, acting on behalf of Mohammed bin Salman locked a few hundred of the Kingdom’s richest and most powerful men in a luxury hotel and basically tried to take their money away.”

Trump stood by Mohammed bin Salman throughout all of this, Hubbard says.

“The main thing he kept coming back to was weapon sales.”