A special Gang Focus unit has been set up in Hawke's Bay to curb the rise of gang violence. Earlier this week there were four gang-related attacks in Napier in less than 24 hours. 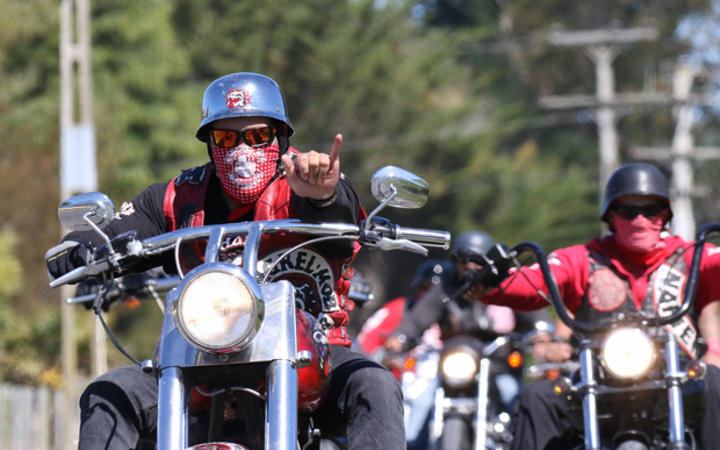 Gangs numbers have risen to their highest numbers since the 1970s, especially in the provinces. The surge is being put down to a number of factors including Australian deportees, social media recruitment and a turf battle over a lucrative meth market.

Detective Inspector Mike Foster tells Kathryn Ryan there has been a 58 percent increase in gang membership in the last two years, and in the eastern district alone, there are close to 1,000 gang members.

“They’re incredibly visible now, they’re on their motorbikes, they’re blinged-up, they’re wearing their patches everywhere. I’ve been in the Tasman district for the past four or five months and even coming back from that, having a coffee on a Saturday morning, there are gang members everywhere.”

He says that although there is an increased presence of Australian gangs nationwide, the Mongrel Mob and Black Power are still going strong in the Eastern districts and Mongrel Mob has probably had the biggest increase in numbers.

“They’re incredibly savvy now. They’re a lot more educated and they’re certainly into their social media in terms of recruitment. Part of that recruitment strategy for them is the flash bikes, flashing cash, a lot of them in are in the gyms now as well and they’re in there recruiting.”

Detective Foster says, sadly, methamphetamine is a big part of the gang business in the Hawke's Bay and wastewater testing reflects a big problem in the area.

“I think we’re being internationally targeted because there’s a big market here. The cost of methamphetamine is cheap, it’s probably a quarter of the price it was ten years ago, so the availability of methamphetamine for the general public is easy to access, it’s cheap, and once you’re on it, it’s got you.”

Decriminalising methamphetamine would be a huge mistake, Detective Foster says.

“Would it take some power away from the gangs? Possibly. But they will find something else to make money, there’s no doubt about that. What it is, I’m not sure. They’ll also find some way of selling methamphetamine illegally or some other substance.”

This week, police in the area have seen gang members stabbed, turf wars at Anderson Park between Mongrel Mob and Black Power, shots fired at a group of Black Power members, and on Tuesday night an arrest was made when a car belonging to a Black Power member was found to have multiple firearms inside it.

Detective Foster says the longer we wait to deal with gangs and the methamphetamine problems to come with them, the more it will cost the country, particularly in terms of mental health.

“It’s absolutely critical. And it’s critical for our community because they want to be living in a safe environment and they don’t want to be seeing these gang members walking around in their patches and feeling intimidated. In my view, having dealt with organised crime for the last 10-15 years, it is absolutely critical that we do this now.”