Fox rubbish spill: how much closer to pristine?

While the first phase in Operation Tidy Fox draws to a close this Sunday, there are still longer-term concerns that need to be resolved.

Back in March this year, heavy rain washed out a disused landfill near Fox Glacier, scattering rubbish across the riverbed and coastline.

More than 850 volunteers, plus NZDF staff and DOC workers have removed more than 13,000 bags of rubbish from the Fox and Cook Rivers and South Westland's coastline since the spill.

But the worse could still be yet to come. With climate change and extreme weather events affecting the region – known as a tourist attraction area for Fox Glacier and Franz Josef Glacier.

The Department of Conservation took over the clean-up in mid-June, with the help of other agencies. Its director general, Lou Sanson, acknowledges the current seal on Fox River is only temporary and poses problems and says talks are underway between the regional and district council about fixing that.

However, he told Kathryn Ryan the bigger problem facing the region, and others also with vulnerable dump sites, is climate change and if anything they can expect more of these incidents. 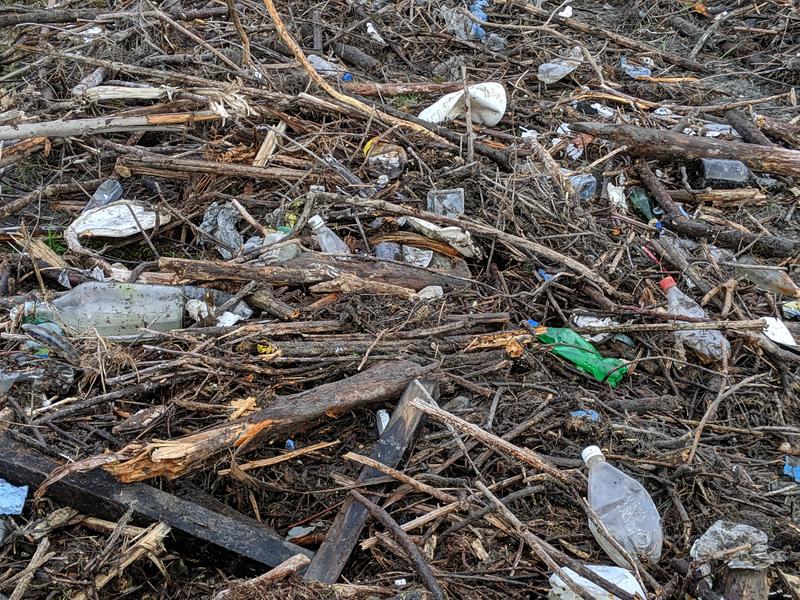 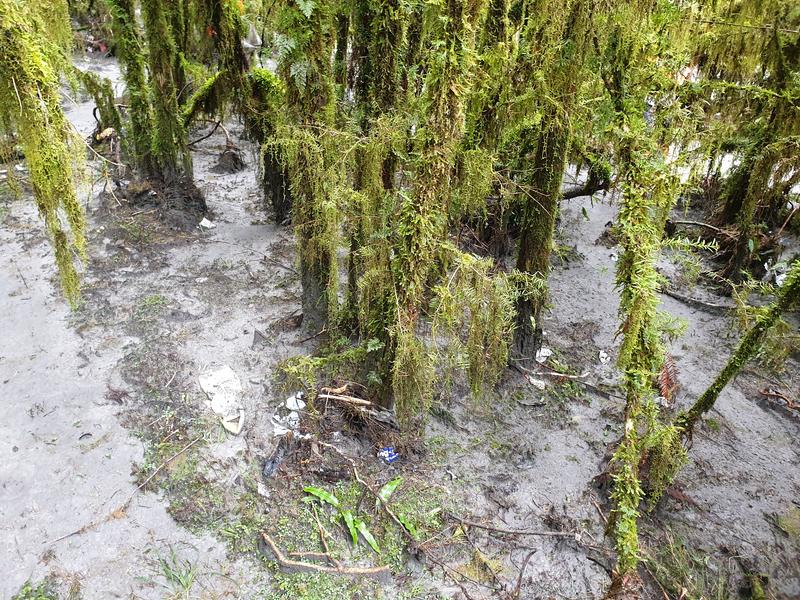 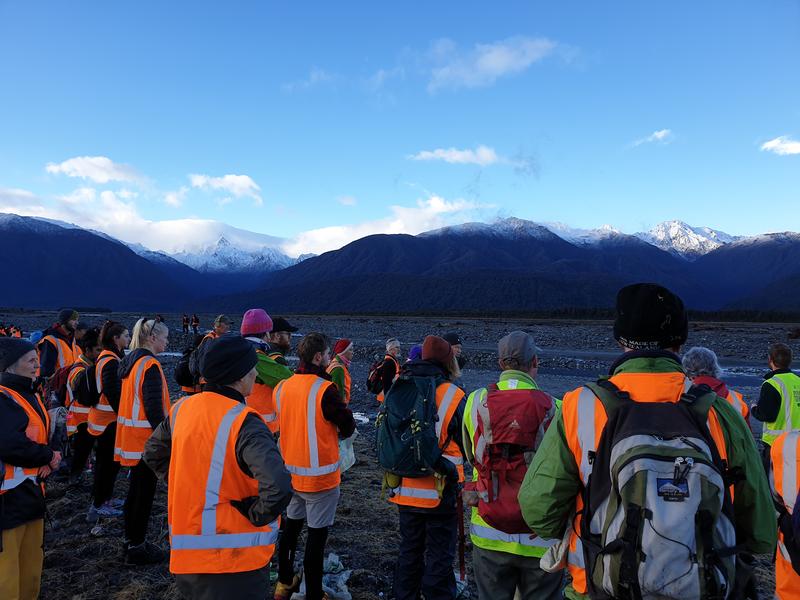 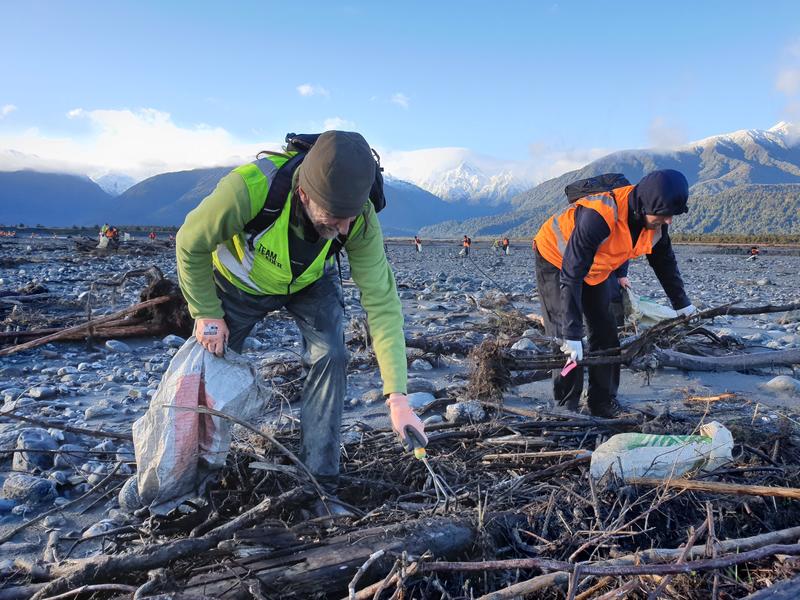 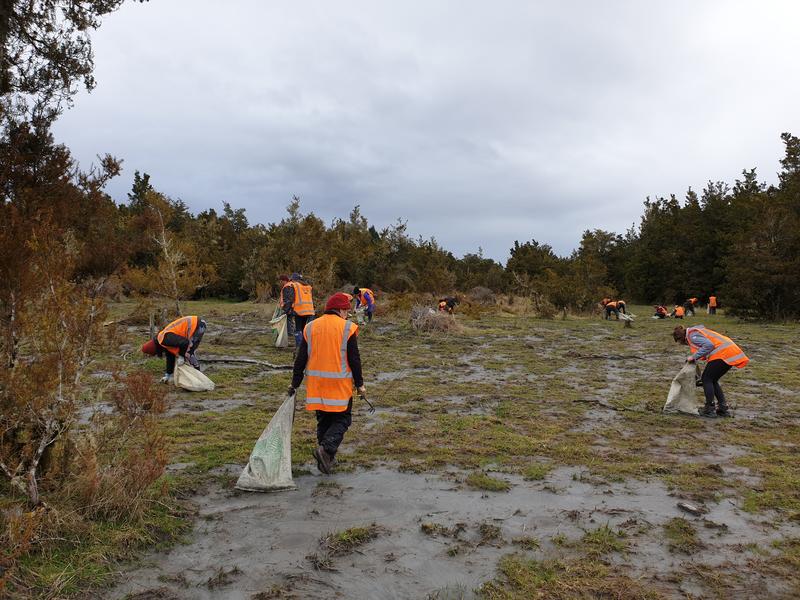 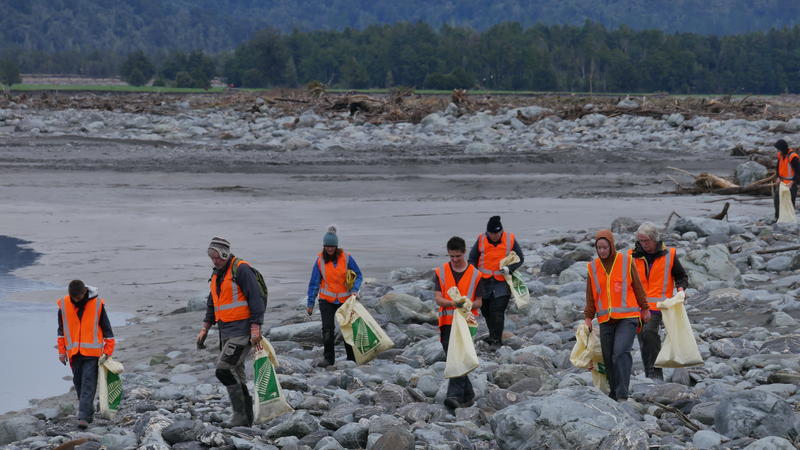 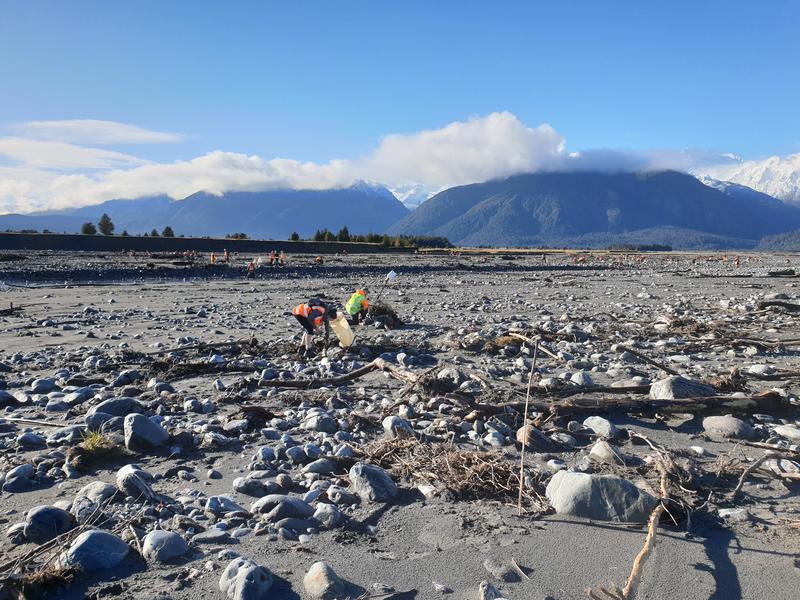 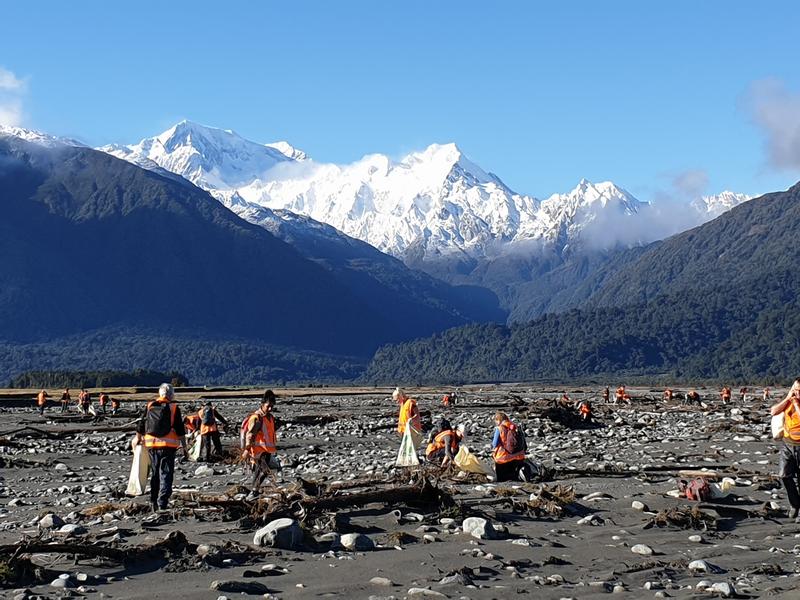 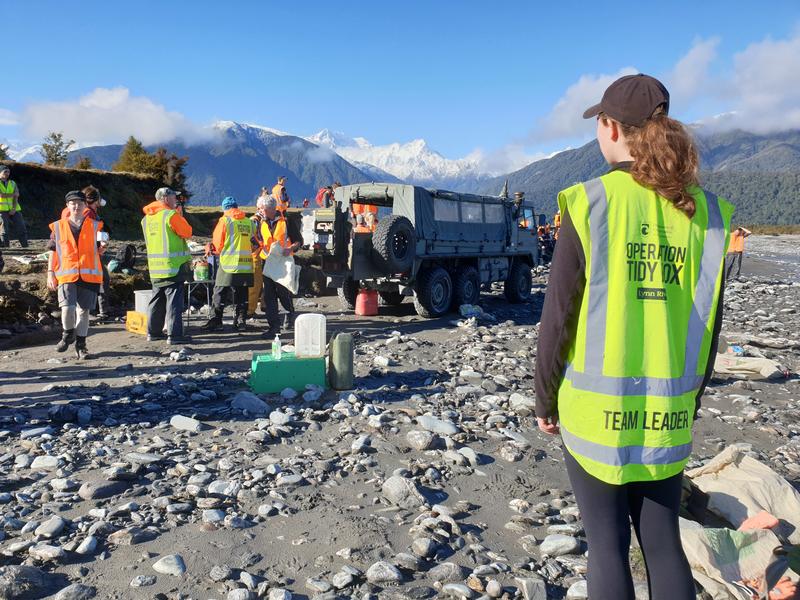 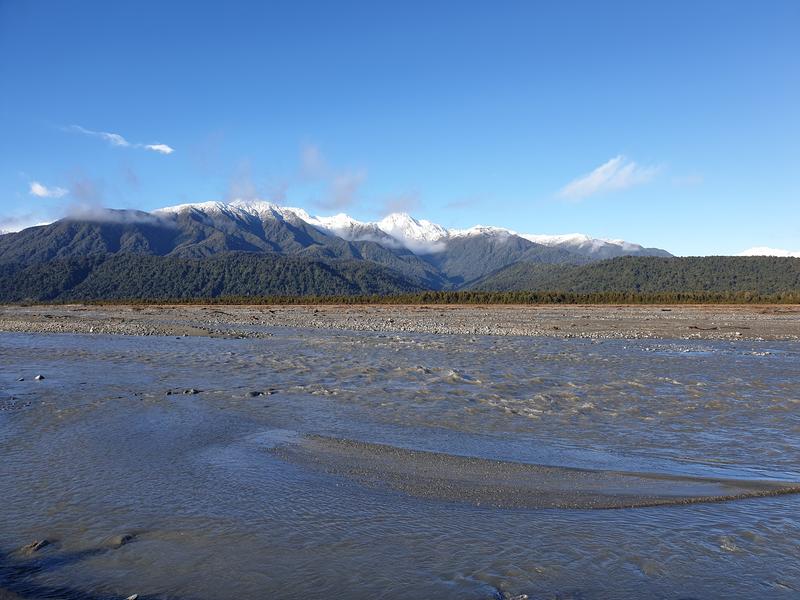 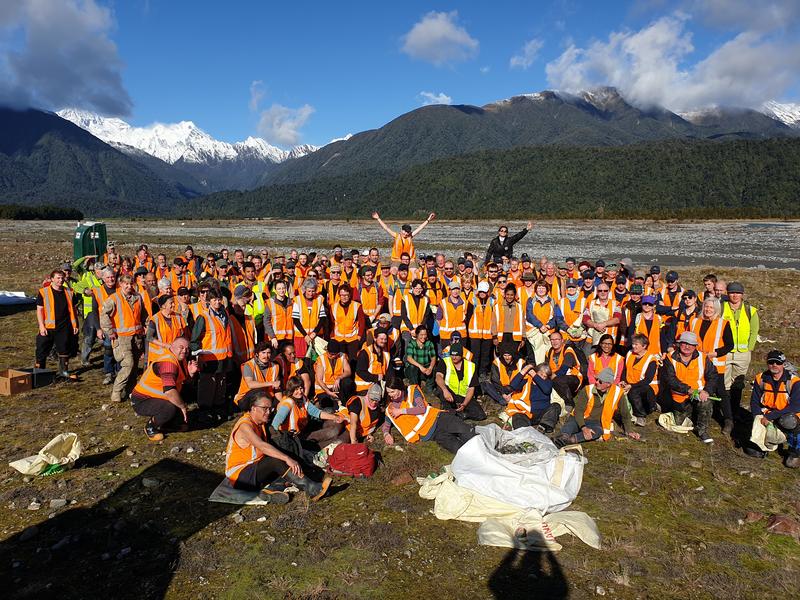 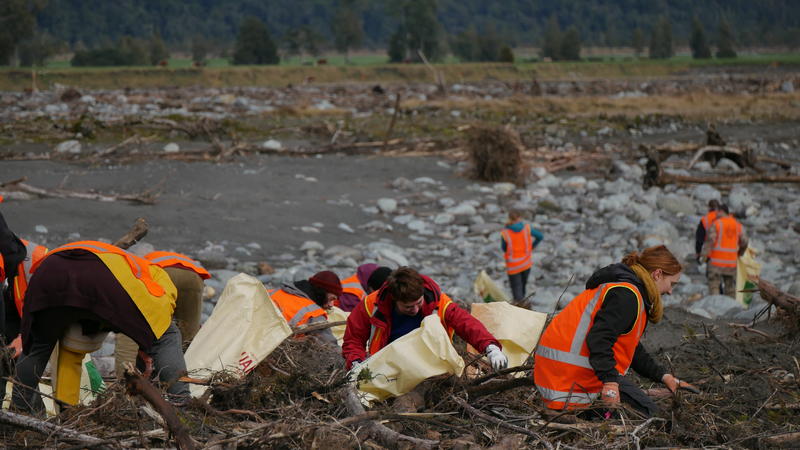 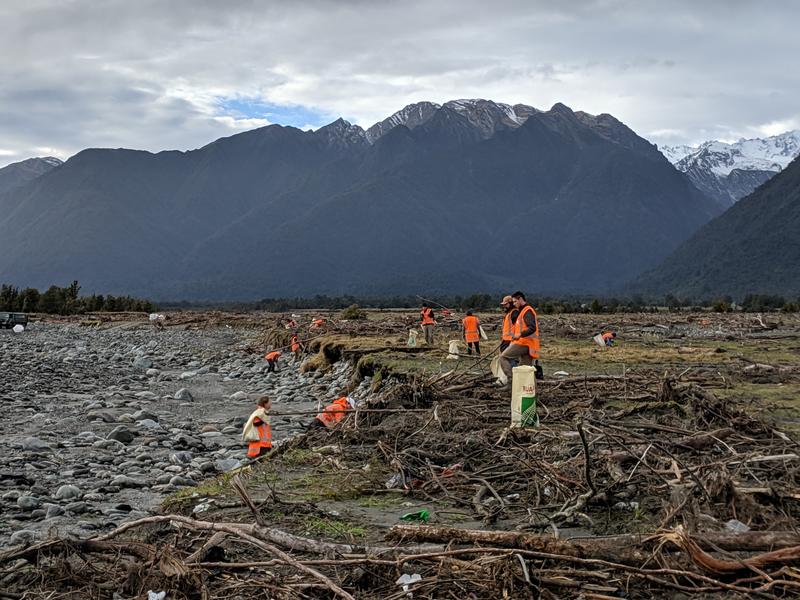 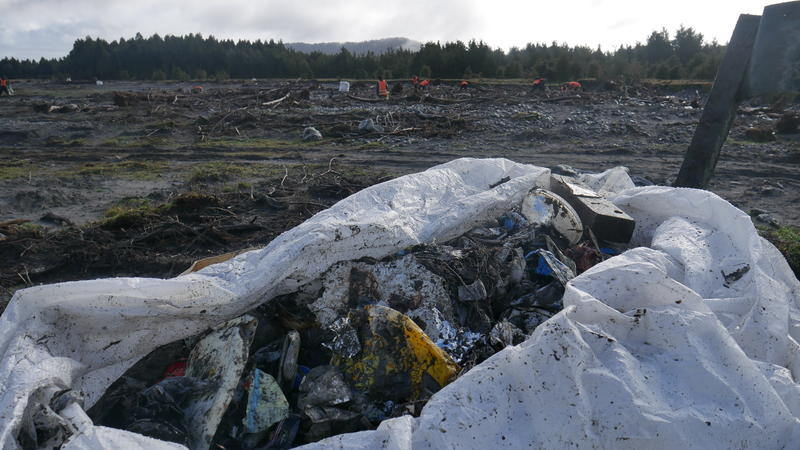 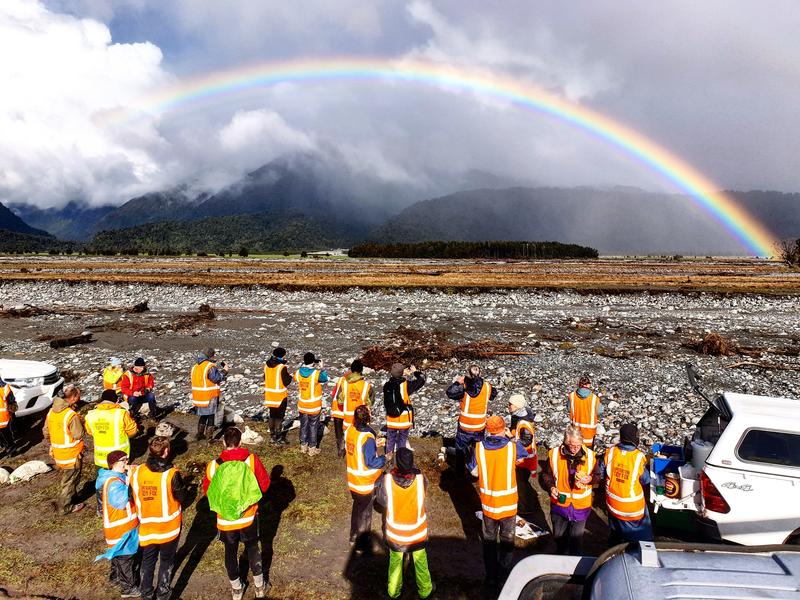 "The poor Westland has got another 12 of these sites, it's got 26 dumps ... and as climate change kicks in, sea levels rise and big storm events [happen more often], New Zealand has to deal with this emerging issue," Sanson says.

"In 2008 the Tasman Sea for the first time tipped to warmer temperature and the glacier started retreating. We're getting greater instability in the Southern Alps.

“We're in one of the fastest glacial retreats we've seen, we've lost nearly a third of our ice in 30 years, those rivers are increasing.

“I was rapt to work with New Zealand defence [force] because this was exactly what the white paper was about … we fought in the Pacific, but we're having to deal with it here in New Zealand, and we couldn't have done this without defence.”

This Sunday will mark the end of the clean-up in Zone One, the defence force will continue to help in the clean-up of two other zones of the spill. Zone one was the first 5km from the landfill itself, from Fox State Highway Bridge through to Cook River, Zone Two is further along the coast.

While the clean-up of Zone A coming to a close is good news, there is still a long to go treat the cause of the problem rather than the symptoms, West Coast Tai Poutini Conservation Board acting chairman Keith Morfett says.

He says both the old Fox River dump and the Hector one north of Westport are in “immediate real danger of being ripped open and having their content strewn across land and beaches.”

“So it's not beyond the realms of possibility. We could see both landfills breached by an intense storm and it'd be a real ecological nightmare.”

With the retreating ice at Fox Glacier, the canyon walls it sits on are becoming unstable, Morfett says.

"Mill Creek area is essentially a mountain of loose rock that's been destabilised by retreating ice. So in an intense storm event, that slip has the potential to become a river rock, and nothing, not bridges, not old landfills, nothing will stand in its way. So we could be back to square one in the Fox River next weekend.”

Locals and officials say that the “visible” dump has been cleared in Zone A, however, Sanson says if any more floods strike then more of the spill might emerge.

“We've got the issue of the fox dump to deal with still which ... it won't survive another big storm of like, March the 26th.”

Sanson says he’s certain that the disused Fox River landfill will have to be excavated and moved – which the regional and district council are said to be in talks about.

“There's probably only one more bridge left at Waiho ... if we lose that road, we lose one of the world's biggest tourist attractions ... We may never get back into the Fox Glacier.

“Mill Creek is moving at such a rate that we cannot see a practical way to put a road back.”

In a bid to prevent that from happening, Sanson says they’re collectively looking at how to use the international visitor levy to build and upgrade new routes.

“We're talking [about] a lot of whole options that keep Fox as a tourism destination in its own right and give people those incredible experiences that only the nature of south Westland can provide.”

Environment Minister David Parker and environment associate minister Eugenie Sage are looking into how to best respond to the problems faced by vulnerable dump sites across the country – with Sage ordering a report on them.