Nanfu Wang: the untold history of China's one child policy

Nanfu Wang grew up in a small farming village in south-eastern China hearing stories of women being forced to abort a second child for violating the One Child Policy introduced in 1979.

“[I] also heard, from my own mum, that she had to be forced to be sterilised after she had me.” 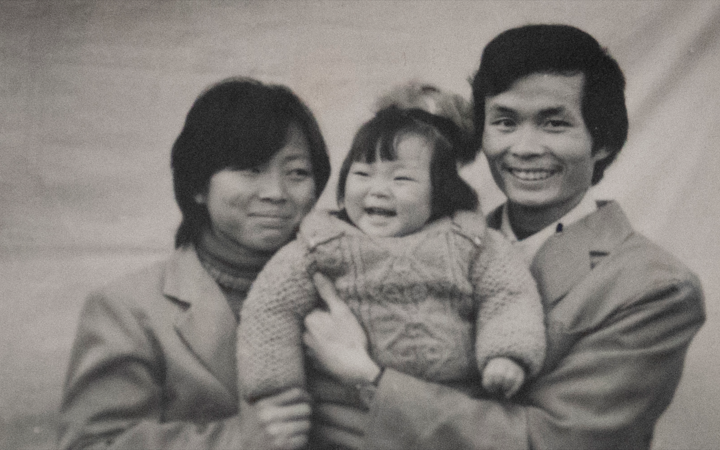 “In the traditional culture, a lot of the Chinese families, especially the farmers, wanted to have a boy so they can have the labour to help on the farm. A lot of the rural area families were allowed to have a second child if both parents are farmers and if the first child is a girl and if the two children are more than four years apart.”

Wang’s family fought officials and were able to have a second child. She remembers going to the city for middle school and realising that most of her classmates didn’t have siblings.

“There was always a sense of embarrassment and shame when some people find out that I had a younger brother so a lot of the time I would choose not to talk about it or bring it up in front of strangers.”

She never questioned this embarrassment until two years ago when she started making the film One Child Nation , which won the Sundance Grand Jury Prize this year, and will screen here later this month as part of the International Film Festival.

For the past eight years Wang has lived in the United States. Two years ago she fell pregnant with her first child - an experience that made her wonder what life was like for women and children living under the one child policy.

She started to ask questions about her own birth and what it was like when her mum was pregnant - what she learnt was a family history she’d never before been aware of.

“My uncle, my mum’s younger brother, after he had a second child which was a daughter, but he wanted a son, his parents wanted a son, so they actually gave away the second daughter and put it in the market and left the baby to die and eventually the baby died.”

How could a parent do that to their child, asked Wang. When she talked to her uncle and aunt she realised what kind of pressure they were under, that the system made people become the worst of themselves.

“I also learnt that my aunt, which was my father’s sister, she gave away her daughter when she was 20 days old to a human trafficker hoping that the baby would survive, that the human trafficker would sell the baby to either an orphanage or someone that wanted a girl in the family. Until this day she doesn’t know where her daughter is and what happened to her.”

The state-owned orphanages would take the babies from parents and put them up from adoption. When international families would go to China to adopt a child they would be told that the children were orphans when in fact, they were not, Wang says.

“There was a huge profit during the whole international adoption process, as each adoptive family they have to pay somewhere around $US30,000 for example to adopt a child from an orphanage.”

For the documentary Wang spoke to the midwife from her village. She told her that she’s done between 50,000 and 60,000 sterilisations in her career, and that sometimes people were tied up and taken to be sterilised. The woman, who’s in her 80s now, is still traumatised by what she did. In some cases, she killed babies that were carried to full term and that were born alive, says Wang.

“Throughout her life she’s lived with the guilt and she’s been trying to atone for her sins and for the past few years she’s worked with people, couples, who have infertility disorders, and she wanted to help them conceive babies… she believes in karma, she believed that if she can bring a baby into this world, if she can help a couple to have a baby, then she can somehow atone her sin to make up what she did in the past.”

Wang says the people who carried out the policy felt they didn’t have a choice because they were doing their job, they didn’t create the policy. The women who were forced to have an abortion didn’t have an option either, she says.

“Because it’s one person against the entire system, they couldn’t fight and…most of them, they did not know that reproductive rights are their basic human rights.”