The Chills' Martin Phillipps opens up in new documentary

Martin Phillipps and his band The Chills came very close to international fame during the 1980s. Instead, after the band's career faltered, Phillipps descended into debt, addiction and depression in his hometown of Dunedin.

A new documentary – The Chills: The Triumph & Tragedy of Martin Phillipps, in cinemas May 2nd – charts the frontman’s turbulent life, and looks back on The Chills’ catalogue of hits. 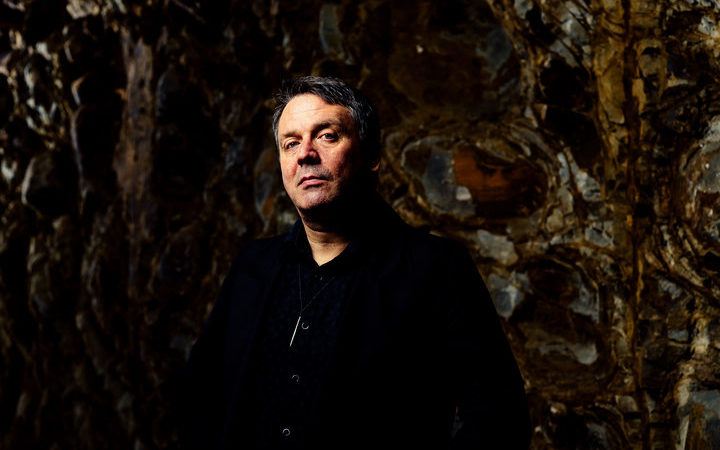 This isn't the first time someone has tried to make a documentary about Martin Phillipps, founder and sole constant member of The Chills. In fact, six people have tried before.

Director of new film The Chills: The Triumph & Tragedy of Martin Phillipps, Julia Parnell walked into Phillipps' life at a time when he was ready to tell his story.

“As you can expect, I was somewhat cynical at first,” says Phillipps, “But Julia won me over. I saw she wanted to tell a deeper story than just a simple Chills bio and there was more going on in my life at that point.”

It’s been both painful and healing, and I think redemptive too, as the movie shows.

The documentary opens with Phillipps in hospital, being told he may only have months to live, due to the Hepatitis C he contracted in the 90s.

It was one of the first scenes the pair filmed together, and the devastating news took them completely by surprise. Suddenly they were in the thick of it.

“The whole process became one of, ‘Ok, I’m gonna open up and be as honest as I possibly can with Julia,’" Martin says, "My only stipulations were that I would at least have the right to point out if something was factually inaccurate, but I would not interfere with people’s recollections, even if I had actual proof that they were wrong.

"That’s not my role to intervene and construct my own story,” he says.

That approach meant Phillipps was forced to look at himself closely, sometimes opening up old wounds

“That’s been both painful and healing, and I think redemptive too, as the movie shows.”

Parnell says Phillipps has an unusual ability to be quite simple in his use of language when he’s dealing with a very stressful situation.

“The fact that Martin was able to be so honest with things like saying. ‘Now I have to think about the cost of my funeral, how am I going to tell my mother?’ These are things he just, by his very nature as a person, feels fine to talk about. He’s quite unusual in that way.”

And with The Chills’ extensive back catalogue, Phillipps says they had the perfect soundtrack for the documentary.

“There were songs about a lot of these issues that we’re dealing with, scattered through my career already.” 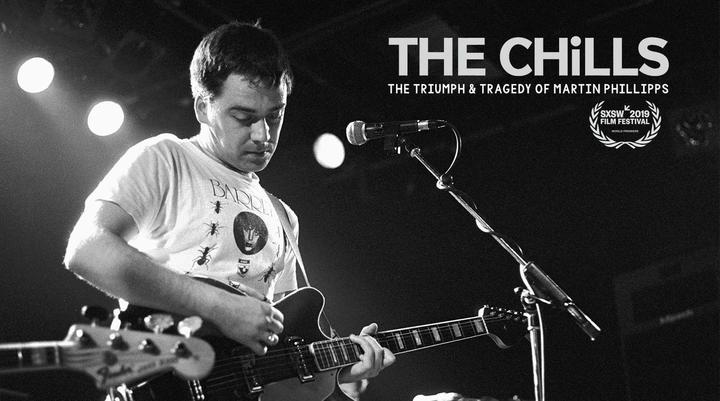 Music has always been a part of Phillipps' life. His dad, a singer in choirs, listened to classical music in the evenings when he was a kid, and his mum, a cellist, listened to '60s pop on the radio.

“My first loves were TV shows like The Monkees and The Banana Splits, upbeat kind of stuff ... I was so thankful when I realised I could avoid 9-5 work by getting into [entertainment] myself.”

It was when Phillipps was at school that he "stumbled" into a life of music-making with his mates. Word got 'round that he had an electric guitar: “Within two or three years of that, I was already writing songs like 'Rolling Moon' and 'Kaleidoscope World'.”

He formed the Chills in 1980 with his sister Rachel Phillipps on keyboards, Jane Dodd on bass, guitarist Peter Gutteridge and drummer Alan Haig.

Phillipps' only real job was working with the music archive in Dunedin – something he'd have happily continued if The Chills hadn't taken off.

But the band was caught up in a wave and they were riding it. Dunedin was a city with a small population but a vast array of talented songwriters.

“We were all friends but [had] a wonderful, friendly competition ... for the best song. It was a wonderful thing and isolated enough that we didn’t really give a toss about what anybody else thought."

“I had no career aspirations beyond taking the music further, I didn’t know enough about the industry to know what was achievable, what wasn’t. From Dunedin, one assumed that we were going to be inferior to what was happening overseas and it took years to realise that what was happening in Dunedin was special by anyone’s standards.”

It was a lot of hard work and good fun and step by step The Chills made it further. They saved up, went to London (bypassing Australia) and made it up as they went along.

“Somehow, looking back, we achieved remarkable things. Now I can see that there are so many New Zealand bands who would've loved to have done what we did.

"We kind of fumbled our way through with Flying Nun helping, Doug Hood [their early manager], extraordinary people just saying that they believed in us and going out of their way to make sure it happened.”

Despite their success, towards the mid-'90s, it started to fall apart: “No one foresaw the impact of the digital revolution, of massive changes in music, with Nirvana, with hip-hop, and all sorts of things, that we could so quickly become redundant and old-fashioned.” 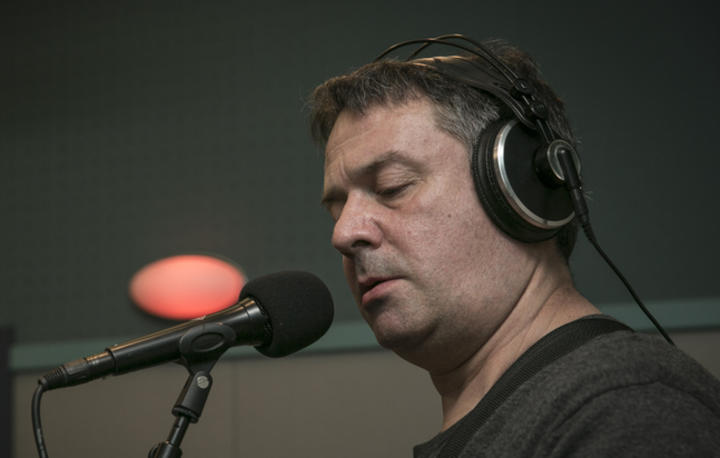 During their time in the US, watching the demise of the golden era of the big record labels, everything started to crumble: “While we were still riding this wave, it hit the rocks.”

It was around this time Phillipp's drug use started.

“It was a few years after we’d re-signed with Flying Nun and toured the Sunburnt album,around ‘95/’96. We realised it really was over.

"It was after that, retreating to Dunedin, tail between my legs, everyone saying, ‘Oh you gave it a good go, time to get a real job,’ all sorts of things conspired, but there was some sort of breakdown, mental breakdown involved there.”

What had been him toying with drugs became therapeutic. Then it became addiction..

While we were still riding this wave, it hit the rocks.

“It was the wrong way of handling things, but there wasn’t really any knowledge or support around for what I was going through.”

It was his family and friends, and "people in the industry", believing in him, and offering him support that helped Phillipps get sober.

"I think I’ve always been a resilient, bounce-back type person, but this took longer. There was a massively life-altering period …I ’d been through the rush of youth, riding that wave as an adult and here I was. We hard to start from scratch.”

Phillipps has had over 30 bandmates during his life in The Chills. He’s still in touch with most of them.

“Some are still hurt because they got on the wave with me, we were all seeing a good fortune ahead, and it still hurts. It’s a chunk out of people’s lives that they learnt from, they treasure, but it carries its own weight.”

Phillipps says he’s very thankful for the people who've dedicated chunks of their life to this "big monster".