How to prepare Auckland for 2 million people

Auckland is at a turning point on growth and how to pay for it, says public policy advocate Owen Gill, which will require bold thinking on governance, raising capital and urban development. 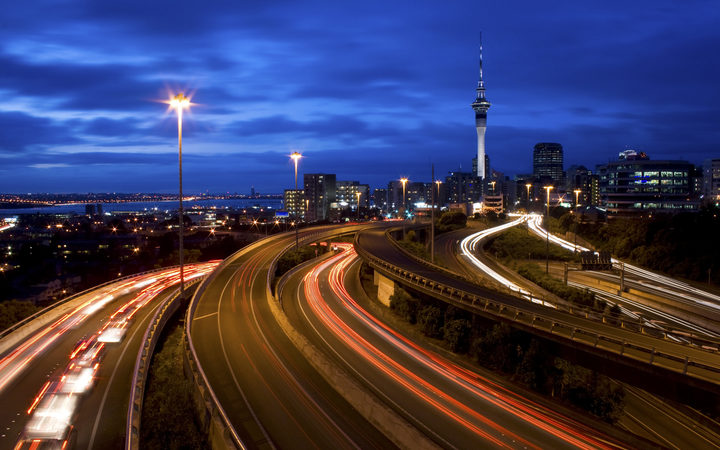 Mr Gill's new book Turning Point Auckland proposes, among other things, splitting Auckland Council into two bodies - one for daily services and one for policy planning - selling assets that are not needed to fund ones that are, and appointing a regulator to oversee costs and quality of services.

He told Nine to Noon Auckland's growth has not slowed down.

"Auckland will pass two million people around about 2025 at the current growth rate."

That was a lot sooner than official predictions from five or six years ago indicated - about a decade earlier, he said.

"It's critical to realise it's not just growth, it's the nature of the growth."

The geographic change of the first urban leap was massive, he said, and it was possible this second one could make Auckland more like Melbourne, Los Angeles or Adelaide.

"The population in the existing city area is going to grow by about 40 percent," he said.

One of Mr Gill's specific proposals was that the elected part of Auckland Council be made into a quasi-cabinet structure to effectively allow the mayor to come closer to one of Australia's premiers. A selected group of councillors would be given portfolios and be accountable for policies, he said.

"Let's imagine we have a councillor for public transport, like a sub-minister."

Shifting the power would allow for consistency - tracking policy objectives over the term - and accountability, he said.

He estimates Auckland would need $45 billion over the next decade to sustain that growth.

"That's the money we need to spend to build the roads, bridges, tunnels, railways etc, to make sure we can provide for two million people."

He said that could come through local government, about $20bn from central government, and the rest from big private investors. Accepting private capital could help pay what is needed.

"Auckland has to get a lot more ambitious about it."

However, Auckland Business Forum project coordinator Tony Garnier told Nine to Noon some of the solutions were  premature. 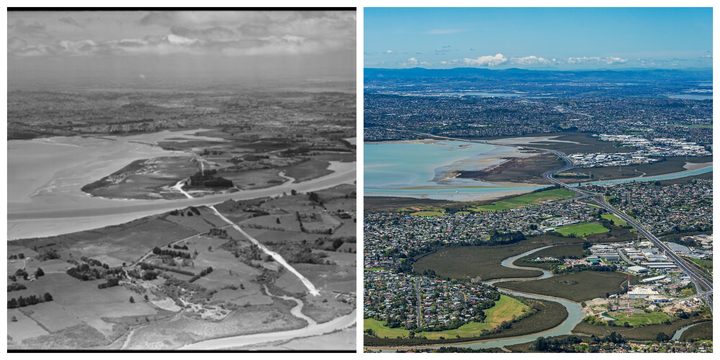 Te Atatu peninsula, left in 1951 before the Northwestern motorway was constructed and right, in 2018. Photo: Alexander Turnbull Library, Incredible Images

"The mayor's foremost role, as outlined in legislation, is to articulate and promote a vision for Auckland - but how many Aucklanders know what that vision is?"

One of the ways the mayor could deliver is the Auckland plan, he said, but he questioned the accountability of this.

Mr Garnier said councillors needed to govern across the whole of Auckland.

Local government law expert Dr Kenneth Palmer, told Noon to Noon most of the proposals in the book were able to be implemented without any law changes and it was just a matter of culture and leadership.

But said he believed the cost might need to be revisited in relation to the role of central government.

Auckland ratepayers were essentially expected to pay for things like the City Rail Loop, which has the same function as a motorway, he said.

"The decision-making powers have always got to be shared, and maybe if the government is going to put in the funding it will have the final word."