From overcoming tragedy to forging an outback empire, Frauke Bolton-Boshammer tells Nine to Noon's Kathryn Ryan about losing her husband, being stranded in the Outback in debt, and how she became a successful pink diamond business owner with a celeb client list. 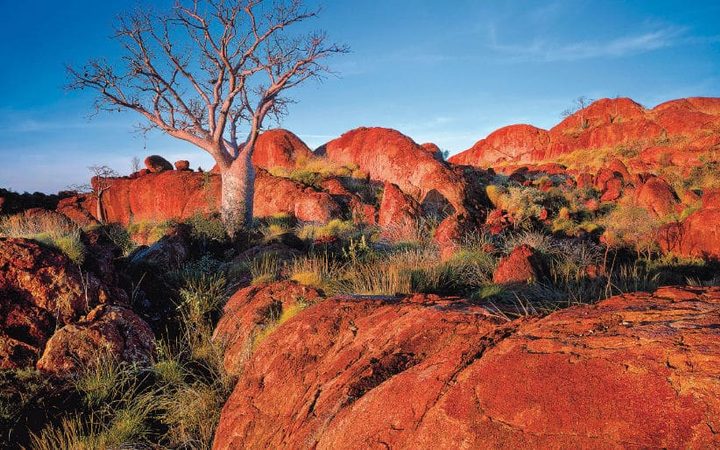 Frauke, a mother of three at the time, moved from Germany with her husband, Friedrich, to the remote Western Australian town of Kununurra 37 years ago to start a new life farming.

After inheriting a farm in Germany, she says she moved to Australia because Friedrich, a pioneer, wanted to do something on his own. He had studied agriculture for four years and was passionate about farming and building a future for his family.

Prior to moving to Australia, Frauke and Friedrich lived in Africa for a year. But Frauke said Kununurra was a complete different scene.

Her first impressions of the town was that she “did not like it”. She says it was isolated, dusty and had lots of creepy crawlies.

However, Friedrich loved the hot weather, the good soil and the fact that they had lots of good water.

The pair then bought a home after looking at some photographs. But when they arrived at their new home they were welcomed with dirt, curtains that were full of spiders, lots of geckos and dust everywhere.

“It was not very pleasant,” Frauke says, and her first thought was to move back to Germany.

She says she came across many practical challenges, including getting food home. She once bought home flour that was full of weevils. When she went back to the store to return it they said that was all they had, she had to sieve through it all to get all the weevils out.

Another unexpected surprise she came across was a crocodile when her kids were swimming in a nearby river.

Although despite all the hardships of adjusting to the new lifestyle she says she just “had to get through it” and start farming.

It was their first Christmas in the town when they managed to plant their first crop, mung beans. Friedrich was so proud, she says.

But then a heavy storm seared through the soil and their home.

“It [the storm] seared the soil and the seed couldn’t go through the storm so later on we had to do it again.”

Getting a crop established was very different to how they would do it in Germany, she says.

She says it also didn’t help that magpies and other birds were all trying to get into their crop.

With a fourth baby on the way, the pair had to eventually sell their farm in Germany to keep afloat.

After three years of hardship and being in debt her husband Friedrich took his own life.

He was depressed, she says, but she decided she had to keep going.

“I did not know what my future would be… I had to be strong and keep us together.”

Frauke’s own mother died when she was just two years old. 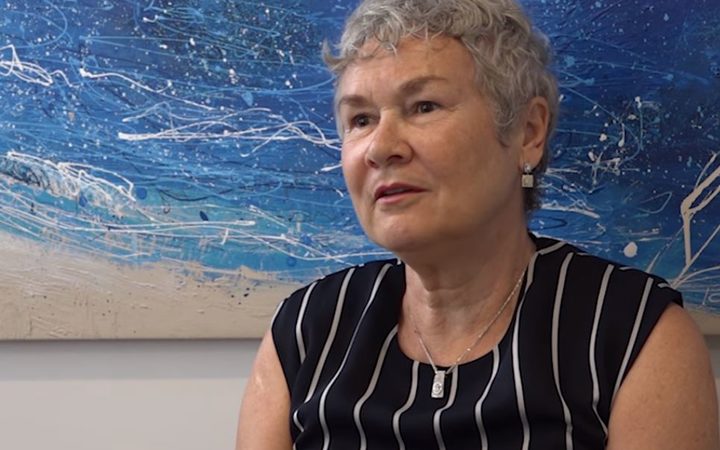 It was at this point that her in-laws and family in Germany tried to pressure her to move back with the kids. But she says she could not give it up and that her kids loved the life.

So she moved to Perth, leased out some of the farm and would go back on holidays.

In Perth, Frauke met her second husband who was looking to borrow machinery for him farm.

She says it was then that they learned about diamonds that had been discovered in Kimberley, another town in Western Australia that is bordered on the west by the Indian Ocean.

Kimberley has one the biggest diamond mines in the world, the Argyle Diamond Mine. Not biggest by gemstones but by volume, Frauke says.

Frauke knew that the pink diamonds were rare and bought into her friend’s shop which sold the diamonds.

“It was very basic,” she says.

She then saw an opportunity and bought a second jewellery shop, Kimberley Fine Diamonds.

“I could see how special the pink diamonds were,” she says.

Frauke was 43 at the time of starting the business and had a fifth child on the way, but that didn't stop her. She says, “You can do lots of things if you love it and put the effort in.”

Business took off and in her first year selling diamonds she says the tax department couldn’t believe her figures.

She says she didn’t do any advertising but that she didn’t need to as the movie Australia was filmed there and bought people to her store and the town from all over the world.

Actress Nicole Kidman and actor Hugh Jackman were among some of the people who stepped foot into her store at the time of filming.

She spills a few secrets and says she treats the celebs like normal people but that they also do want better prices.

The year after the film was released the town became a tourist destination and business just kept on booming, she says.

She now has one of the biggest collections in Australia. She says the difference between other pink diamonds and hers are that they are different shades of pink. 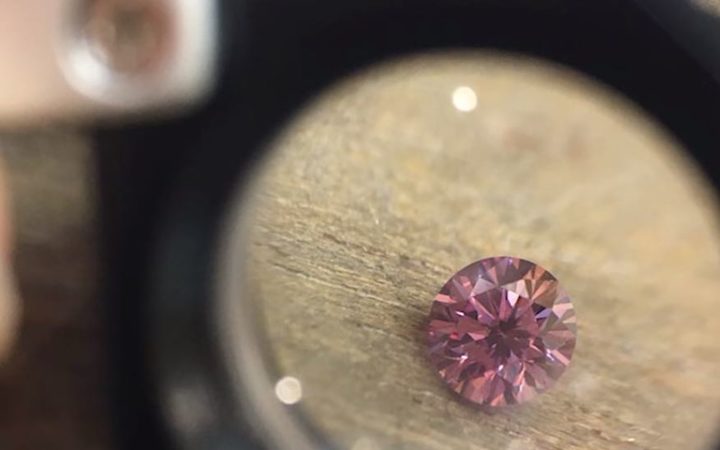 “There are some from Africa and South America but they don’t have the intense colour,” she says.

The Argyle Diamond Mine is due to close in 2020, but Frauke says she is not worried.

She says she buys for the future and will be meeting another dealer soon.

“I’m not scared when they close.”

Her tips for what to look for when buying a diamond is to look for a good colour, good clarity that doesn’t have too many inclusions and a good cut too so that it sparkles - she prefers the brilliant cut.

Despite all her success, not so long ago she was hit with another tragedy – her son’s death. Her son also suffered from depression like his father and Frauke said it’s incredibly important to talk to your kids.

She says she still lives in Kununurra because of the support she got when her son died, and also because she likes that the town is a close-knit community.

Frauke now has 11 grandchildren and continues to run her business in the Outback.

Speaking of her success she says, “It gives you confidence that you have done something right in life.”

Her advice to others is: “Be bold, try something new and don’t be scared.”

Frauke Bolton-Boshammer's story is detailed in her book A Diamond in the Dust.