An Auckland community garden that had been feared lost to a housing development has started harvesting this year's kūmara crop. 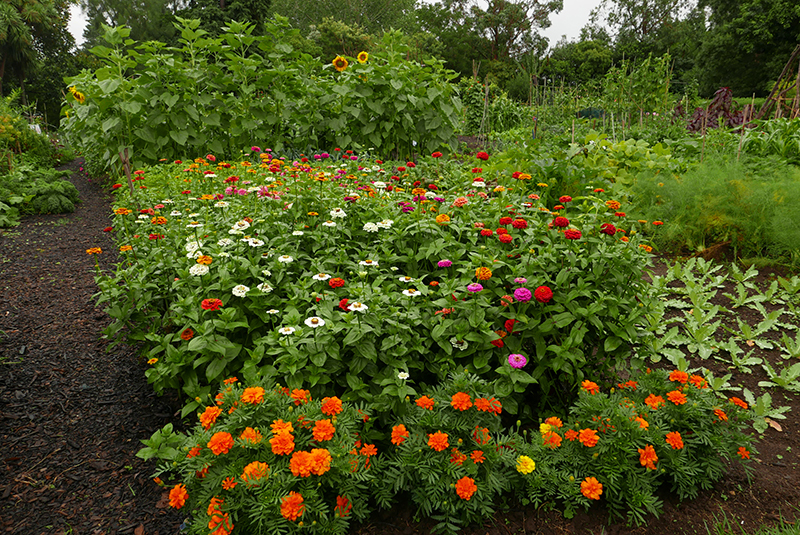 Flourishing flowers and vegetables in the community garden 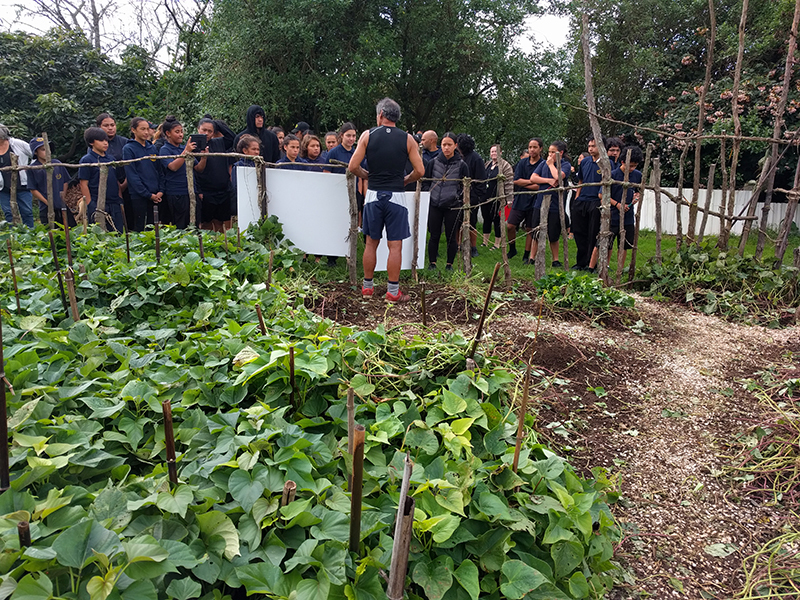 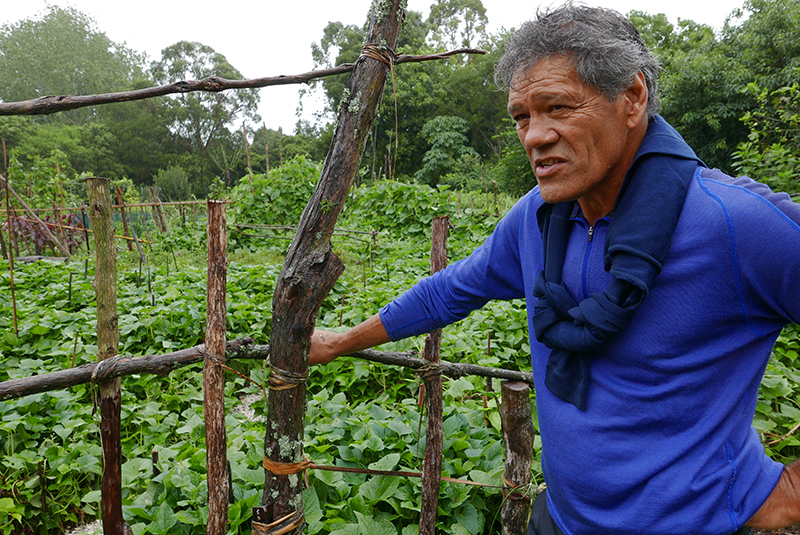 Keni Piahana, of Ngati Ranginui, at the Māra Kūmara plot in February 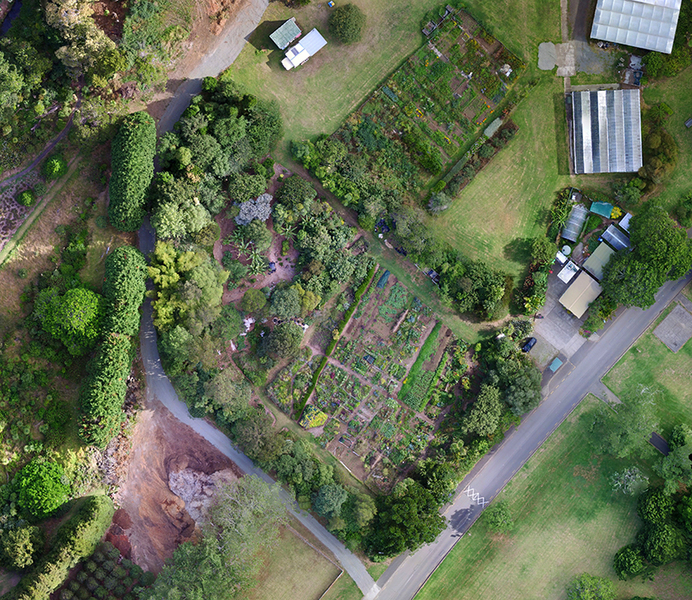 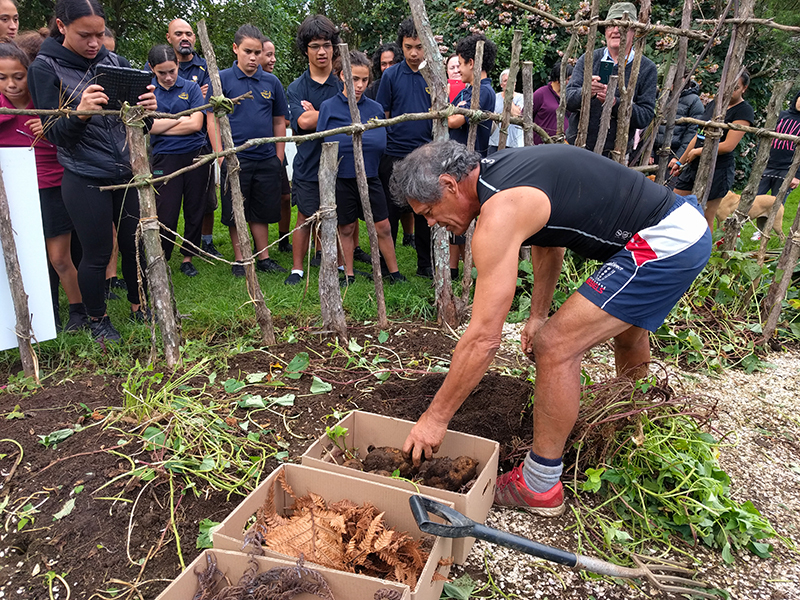 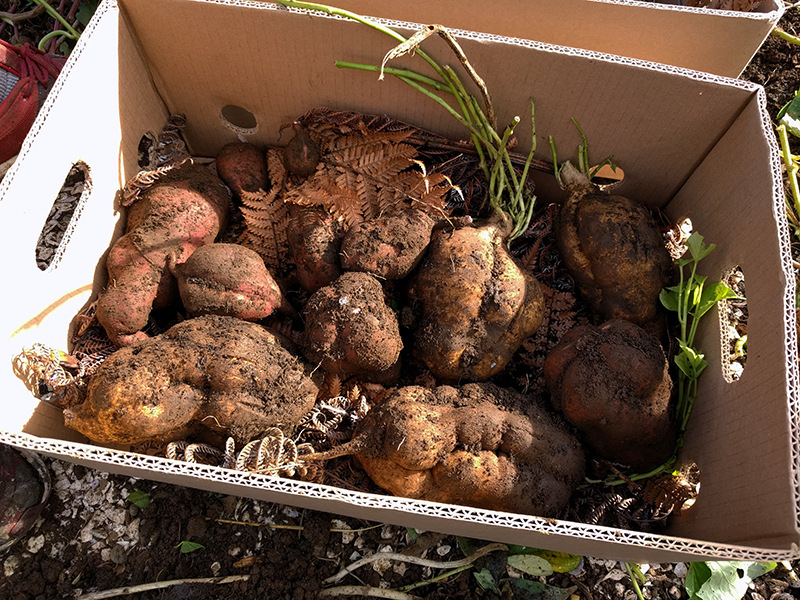 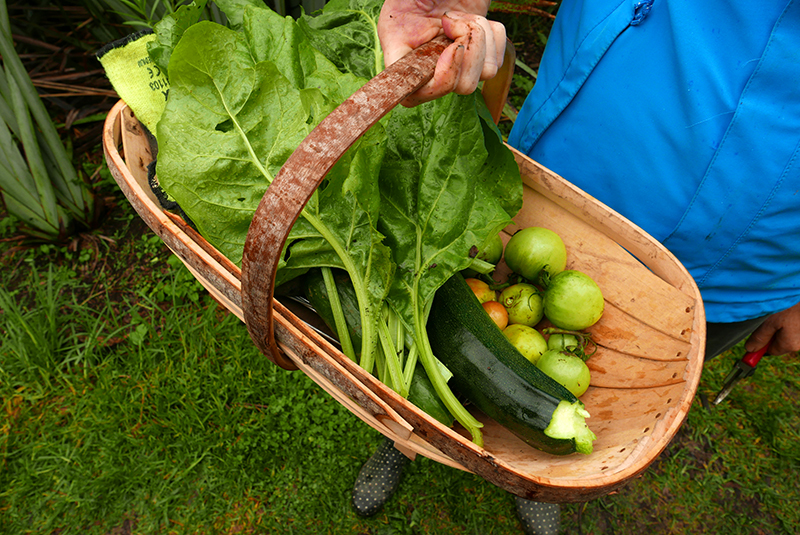 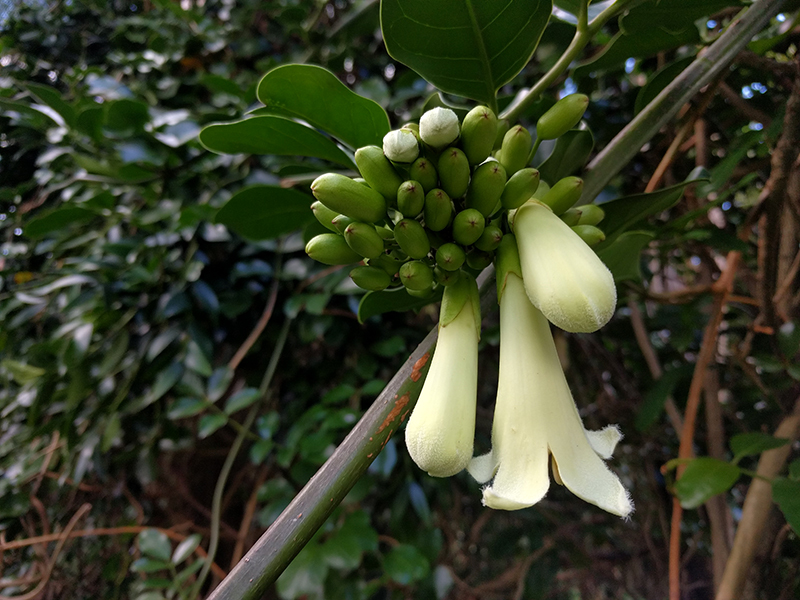 One of the sanctuary's most special plants: a Tecomanthe vine bursting into flower. 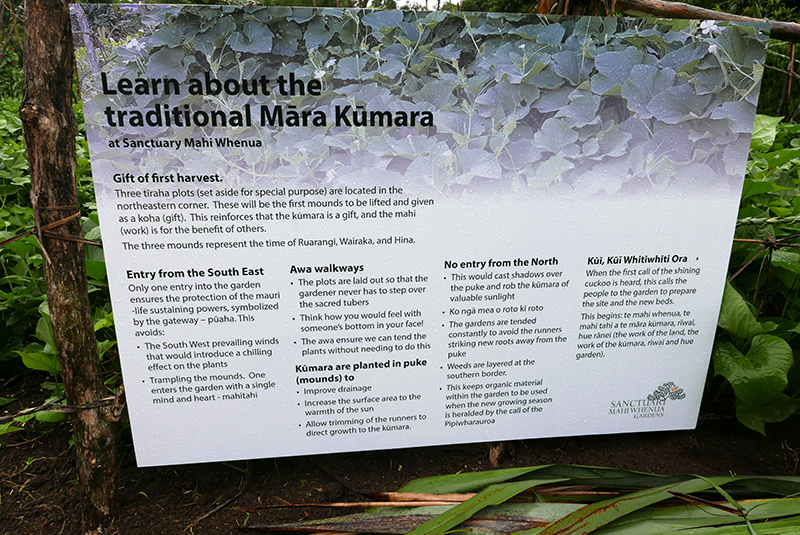 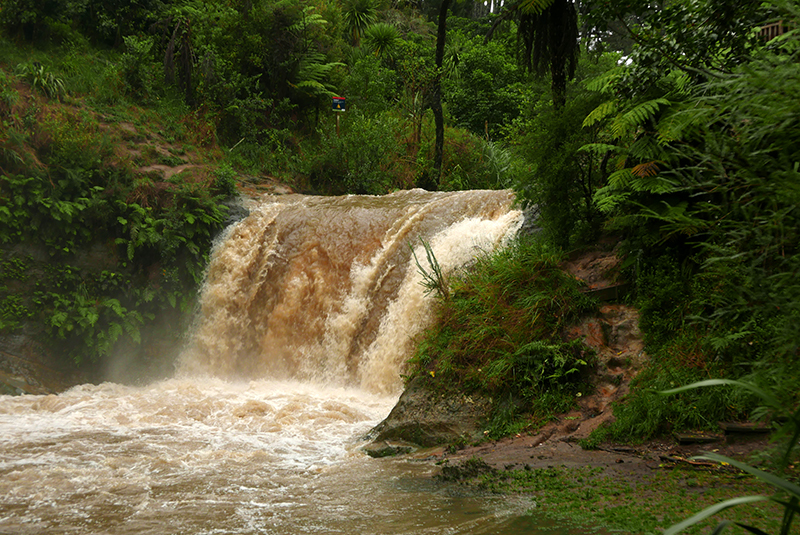 The garden, between the buildings of Unitec and Oakley Creek/Te Auaunga is a “little place with a big history,” Warne says.

Tools uncovered at the site indicate it has been cultivated continuously since pre-European times. One of the implements, a precious adze, is now embedded in front of a carving in Unitec's whare whakairo (carved meeting house).

The land became part of the site of Auckland’s first psychiatric hospital, built in the late 19th century, producing food for the hospital and its successors

In 1999 Unitec established gardens and food forest as part of a horticulture programme, and about a decade later it became a community garden.

From last year, the land it was on was due to be sold.

"Until a few weeks ago this place was on the chopping block,” Warne says.

However in March, the government bought the spare Unitech land for housing, as part of its KiwiBuild programme, and in the sale agreement Unitec ensured the garden would be protected.

“It took strenuous petitioning from not just from the gardeners but from the wider community to say, ‘no, this sort of a place is irreplaceable, you cannot just shift to another area. The depth of history is such that it must be preserved’.”

The petition was signed by more than 6000 people, and Unitech has since assured the society running the sanctuary its tenure is secure.

Kūmara are planted in puke (mounds) in the spring when the shining cuckoo/pīpīwharauroa sings.

The first tubers in this year’s harvest were unearthed on Friday in the presence of students of Te Kura Kaupapa Māori o Hoani Waititi, who were welcomed by senior gardener Keni Piahana.

The tradition is to give away the first of the produce. “These will go to nearby institutions – I think one of them will be a marae that works with people with drug and alcohol issues,” Warne says.

Warne says the food forest contains some unusual fruiting trees – the kei apple of southern Africa, a tropical apricot with a bitter taste, and a bitter almond tree.

The Sweetness of the Kumara

Listen duration 31′ :53″
Add to playlistPlaylist
Download
The Sweetness of the Kumara

How Mr and Mrs Gock Saved the Kumara

Mangere couple Joe and Fay Gock were refugees from China to NZ in the 1950s. They have been growing vegetables together ever since. They've been responsible for many horticultural innovations… Audio, Gallery