2017 has been a massive year for self-described 'haka soul' musician Rob Ruha. 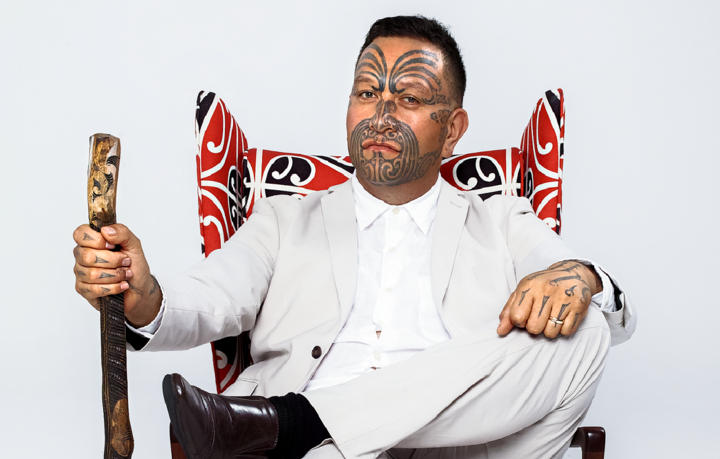 He was the musical director of the te reo Māori version of the global hit Moana, received a prestigious Arts Laureate award and last week released a new album Survivance.

One song on the album is a push-back against harmful misinformation about Māori history, he tells Lynn Freeman.

Rob's creativity was first sparked early by the stories of Māori ancestors told by elders standing at the front of East Coast marae.

Those stories of Māori ancestors took children's imaginations to amazing spaces and places and were the "the Marvel DCs, the Thor: Ragnorks" of his upbringing, he says.

On the new album, Rob has "a new batch of messages".

"For my people, the poet champions trains of thoughts, ways of being and knownig and also challenges people to think about things that impact our society for the betterment of future generations".

'Survivance' is an academic term for an indigenous culture reviving after a dark time of colonial oppression, he says.

The song 'Mirrors' pushes back against the idea – recently asserted by a well-known Māori journalist – that, historically, Māori were a "child-killing" race.

"Children in our culture are actually quite revered. It's quite well-documented in Cook's journals how well children were treated in our society. He thought they were spoilt, actually … I know my history and I know thats not my history. If you're talking nasty stuff about me, you must be looking in the mirror, actually.

"I've got something to say about that. And if I don't then my children are going to grow up with this thing buzzing in their ear like a naughty mosquito telling them that that's what they are. I'm doing my children, my neices and nephews and all Māori society who know that truth a disservice if I don't stand up and say something."

Next year Rob will collaborate with international artists including Hawaiian singer Josh Tatofi – "he's a beautiful soul, he's got beautiful music" and Canadian electronica group A Tribe Called Red –  "powerful, powerful messages based on rhythms and sounds from their First Nations culture".

"We have huge visions of combining forces with indigenous brothers and sisters around the world."