The blockbuster Disney film Moana has been translated into a record 54 languages, and the latest of those is te reo Māori. Musical director Rob Ruha spoke to Yadana Saw about what it was like creating a Māori version of the hugely popular film. 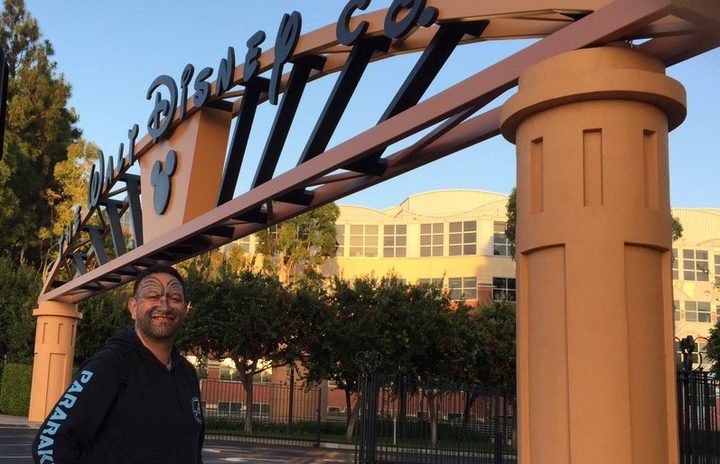 Rob Ruha has just finished his role as Musical Director on the te reo Māori version of Disney hit Moana: “We just watched through the whole movie for the very last time here at Disney studios with all the producers who worked on the original movie. We’re stoked that that whole team and our team could be here for this really special moment.”

Rob says it’s important that young Māori have opportunities like this to hear their language.

“I think this is an awesome vehicle to be able to promote and champion - and normalise - te reo Māori within our community as a relevant, living language that can fully rock it next to 54 other languages.” 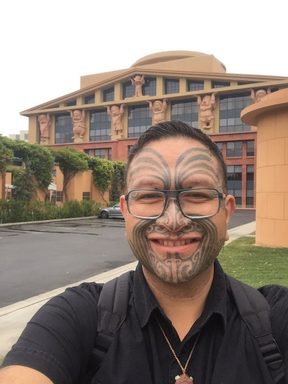 Moana has been translated into French, German, Hindu, Mandarin and the Disney team is just about the record the Hawaiian version. Tahitian was the first foreign language that it was translated into, and it was received enthusiastically by the people of that country.

“Generations of people, Grandmas, Grandchildren, all crying, laughing, clapping all the way through the movie because it was a celebration of them. Their stories and language reflected back at them.”

Rob Ruha has been responsible for making all of the eleven songs in the film work in te reo, finding rhyme, structure, and making sure the story still stands up in the translation.

He then worked with cast members “to get them up to Disney standards”, including Tokoroa teen Jaedyn Randell, who sings the part of Moana. She was chosen after the casting call was put out publicly and over 250 auditions were sent in.

Some of the original cast members were able to stay on for the te reo Māori version - Rachel House as Grandma Tala, Temuera Morrison as Chief Tui, Moana’s dad, Oscar Kightley as one of the villagers, and Jemaine Clement plays the villainous giant hermit crab Tamatoa.

For Ruha, it was important to inject some of the uniqueness of Māori singing style and sound into the film’s soundtrack. “So making sure that richness, and that warmth was still in there…. They [Disney] made allowances for particular language and performance nuances.”

Ruha, who is a father of four, felt pressure from the whānau at home to get it right. “They’d say - you’d better get Maui’s song right, we love that song!”

And how do you say “Blow dart in my butt cheek” in Māori? “Pūpatete ki te tau” says Ruha.

Free screenings of the te reo Māori version of Moana are sold out, but the film goes on general release this Saturday, September 16.

Revolutions live at the Spiegeltent 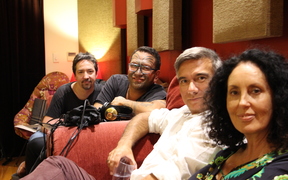 Revolutions live at the Spiegeltent
Tags: