Looking after the 'top paddock'

Doug and Wendy Avery came close to losing everything a few years ago.

The farmers from Grassmere, in Marlborough, were hammered by drought for eight long years.

As the farm dried up, so did the bank account, and eventually Doug's hopes and ability to function under a cloud of depression.

Nowadays, he is the man behind the Resilient Farmer website, which has been instrumental in helping the rural community’s mental health.

He tells Kathryn Ryan about the struggle and the realisation so many others were in the same boat.

People struggling with depression can learn to be happy, he says.

"I started out trying to save my own poor soul.

"I started to realise there was a lot of other people in this place.

"We actually have to start being comfortable in our own skins and so there’s a lot of energy at the moment going into ‘what’s the government not doing?’ and ‘what is this organisation, DHBs, or whatever, what are they not doing?’

"This is an attitudinal change that we need in this country and that is driven from inside individual human beings.’’

Some people don’t like the word ‘resilience’ but they may be people without resilience and a fundamental part of strengthening a family, or a community, involved building resilience when times were good, Doug says.

He often heard men saying they hadn’t told their partners, they’d excluded others from their lives, and were left isolated and alone, drinking a lot.

Tell your partner. Their reaction was often unexpected, he says.

"I run across that all the time and when you see what John Kirwan’s done and what I’ve done and you admit your own frailty, you open your heart to the world.’’

"I think that’s a big issue.

"You can’t just shut the gate and catch a bus or drive somewhere else.

"I think we’re all made differently.’’

She coped with her husband’s depression, but some women can’t and go.

There are common themes, she says.

"Their partners have stopped communicating, and they don’t know how to start that communication.

Her husband shifted from a farmer under pressure to a man in trouble about two years into the drought.

‘’It was a gradual decline. I tried earlier on to get help, for him to get to a doctor, but he didn’t see that he had anything wrong with him.

"And then…the progression increased to the point where he had no desire to even get out of bed in the morning. It got that bad.’’ 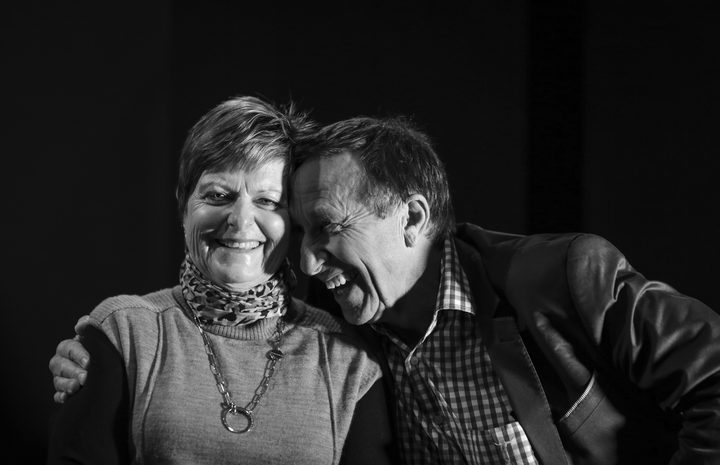 ‘’I started to realise there was a lot of other people in this place." Photo: RNZ / Rebekah Parsons-King

And Doug had been an enthusiastic farmer and an active participant in the rural community.

"I didn’t understand that I had a problem. I knew that we had drought but I just thought everyone else had turned really bad on me,’’ he says.

"Every human being is going to have trouble…but we need to spend a lot more time teaching people about how important it is that they manage stuff  when the first strike happens.

Doug talks about “three strikes and you’re out.”

"Most of us can handle a relationship breakup, then you go to work and you’re performing not so well so you got the sack.

"This is what happens to people.

"I want to teach people about managing their lives in front of the problems.’’

Resilience is about the ability to understand yourself and what’s going on at the point of crisis, he says.

Wendy was covering for her husband when he was in trouble, he was drinking every night, and outside help was needed.

Doug says he was about to get swept off the park when a group of people showed him how to play differently.

"I’ve a huge personal desire to return energy into that place and not because I think that’ll necessarily bring me great fame. But I just know how bad that place is and it’s so destructive on those around you.’’

Business solutions and a visit to a doctor marked the start of the mental turnaround.

"We put together a plan and it took years,’’ Wendy says.

It was a slow process.

Doug was self-medicating with alcohol, and did not take prescription medication. But he found the key was hope.

"If I’d died back at that time it would have been a miserable funeral, you would have felt the anger coming up through the soil – ‘cover the bugger a bit deeper’.

"But if I died now people’ll think that guy actually relieved that misery, that hate, that anger.

"We need to spend a little bit more time teaching people how to manage themselves in this wonderful world.

"When you wake up every morning and you’re grateful for what you’ve got, you’ve got the door already open to have a better day.

‘’If you wake up and think the government owes you this, and everyone else is bloody down on you you’ve actually got symptoms to me of a sad bugger like I was.’’

A feeling of uselessness was pervasive during drought.

So they changed their farming model.

"This isn’t a disease of low performers. This is a disease of people who have high expectations and high levels of achievement.’’

He calls it taking care of the 'top paddock' - he's now on a mission to get rural people to look after their mental health. 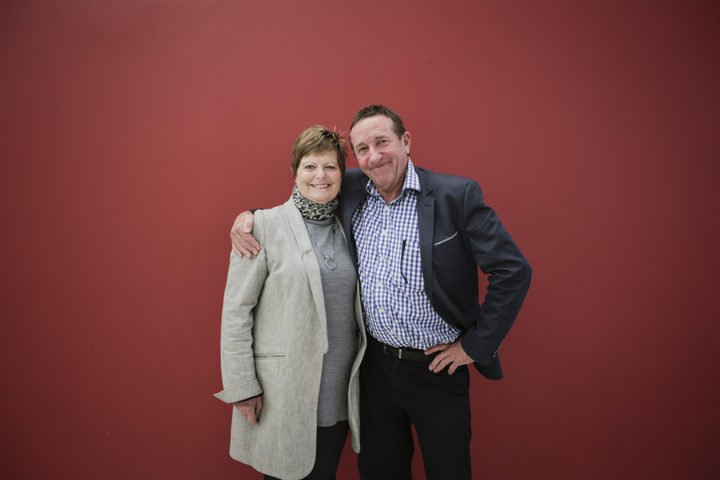